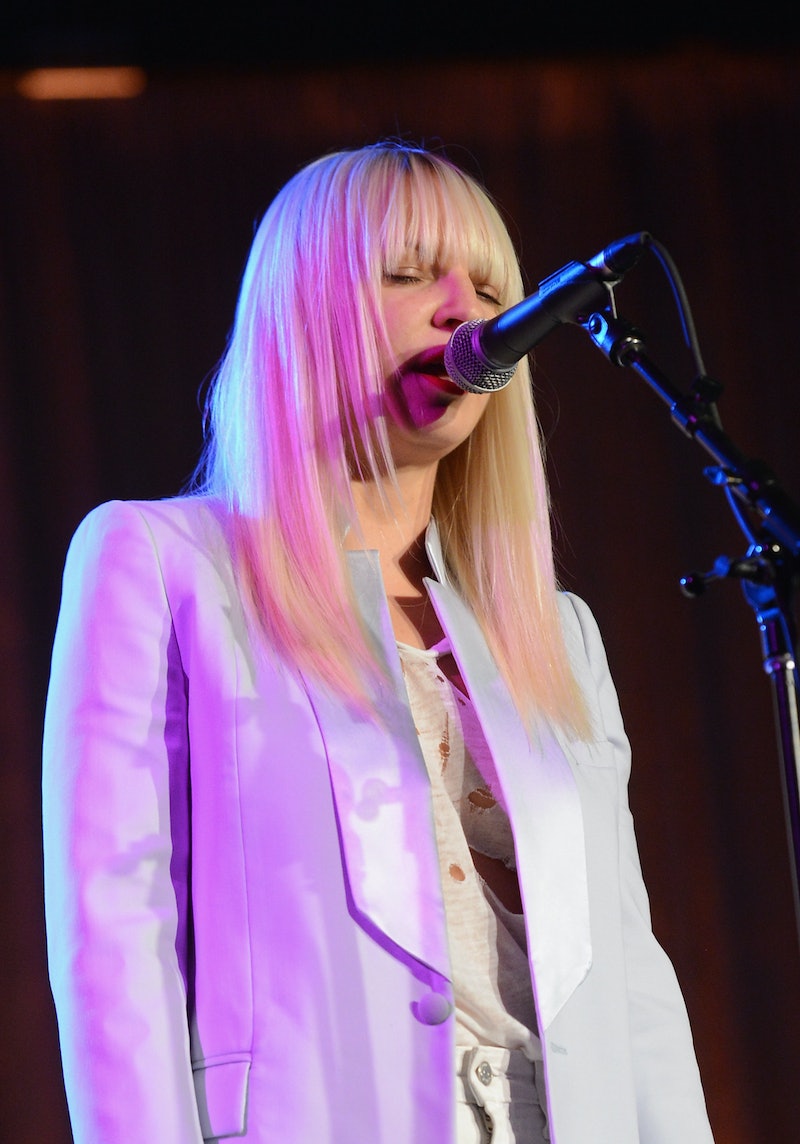 Ever since Sia started releasing songs from her newest album This Is Acting, I've been trying to piece together a specific kind of puzzle. Namely, an analyzation of what the hell it all means. Although Sia told NME in February that the songs from This Is Acting were originally written for other people, there has to be some inspiration she drew from... right? The Australian singer-songwriter said, "I'm calling it This Is Acting because they are songs I was writing for other people, so I didn't go in thinking 'this is something I would say.' It's more like play-acting. It's fun." OK, I get that. But, Sia's latest song, "One Million Bullets" feels too personal for me to believe that it's purely fictional. So, seriously, Sia, who is "One Million Bullets" about? If you don't let us know (which, let's be real, the chances of that happening are slim to none), then I'll have to just speculate myself.

Up until Sia married documentary filmmaker Erik Anders Lang, she had been relatively private about her love life. Rumors circulated back in 2013 that she and Robert Pattinson were an item, but those were quickly debunked via her own Twitter. Even further back, she dated JD Samson of the band, Le Tigre. And, even further back than that, according to Australia's News.com, Sia's boyfriend was reportedly tragically killed when she was just 17. And, that's pretty much what we know about Sia's love history. The "One Million Bullet" lyrics could be about any of the above people...or none of them at all.

The song starts with "Under the moonlight/ Whether in your warm embrace/ I feel so safe here/ Baby we're worth the wait," which makes me definitely believe that this must be about her current husband. But then... this happens: "Yeah I picked the wrong kind/ Time after time/ I drank from the poisoned wine/ Yeah I picked the wrong kind." Doesn't quite sound like marital bliss. She continues "I got a feeling, I got a feeling/ Danger is coming, a danger is coming/ A danger is coming." What is the danger? Maybe this is about the boyfriend Sia had at 17. As we all may or may not know, teenage relationships are tumultuous, and the "danger" she's speaking of might be both about their ups and downs, as well as his untimely death.

Then the set of lyrics in the last half of the song could, once again, either be about her current husband or her late boyfriend. "Take me in your arms, take me for all I have/ Cause I'd give my life for one of your embedded laughs." I could see this being intended as a positive (current husband) or negative (past boyfriend). Either way, whomever Sia would take "one million bullets for" must be a pretty important person. Just don't hold your breath for answers.