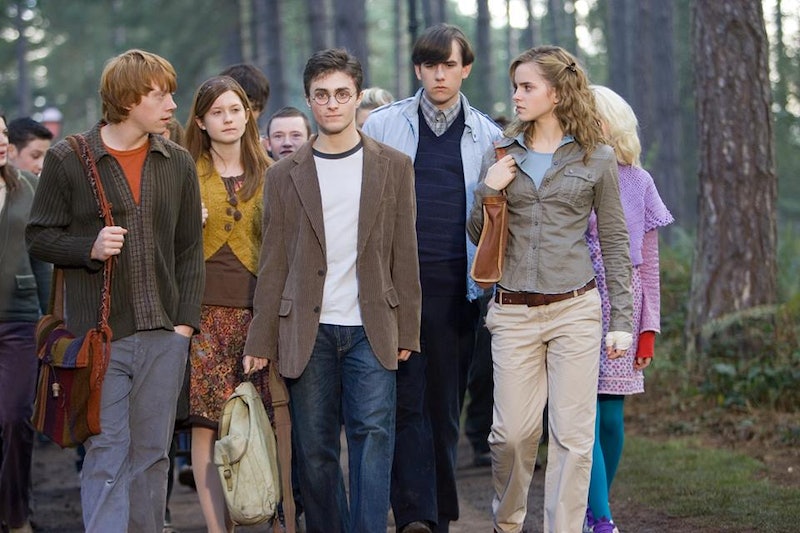 Of all the houses in Harry Potter, Gryffindor often gets the most attention. It’s only natural, since plenty of our favorite characters wore that scarlet and gold: from Hermione, to Harry, to Ron, to the beloved Neville Longbottom, so many amazing characters were placed in the house defined by daring, nerve, and chivalry.

We all recognize the traits that Gryffindors share, since the Sorting Hat outlined it in the books. Besides daring, nerve, and chivalry, Gryffindor is also known for bravery. Their animal is a lion, and their elemental symbol is fire. Though some characters find them arrogant, it’s easy to see why so many Gryffindors are classic heroes: They have all the qualities of stereotypical protagonists.

But there’s more to this house than courage. Sure, that’s a defining factor of what makes a Gryffindor a Gryffindor, but there were plenty of courageous students in other houses. After all, every single Hufflepuff stayed to fight in the Battle of Hogwarts! Many students besides just Gryffindors joined Dumbledore's Army. And some of our other favorite characters (such as Luna Lovegood, Severus Snape, and the soon-to-be-movie-character Newt Scamander) were quite brave. So, beyond courage, what are the smaller and more unique things that all Gryffindors have in common?

Wherever you go, you're looking for the biggest adventure. You love travel, and your favorite types of books are the kind that will take you on a journey. Sometimes, you find it difficult to live in reality, because there just aren't enough dragons.

2. You Have Awesome Friends

Your friend group is epic, and you've used the hashtag #SquadGoals more than once. You just have a knack for surrounding yourself with awesome people, from those who share your Gryffindor traits, to those whose strengths lie in other areas. But usually, they have one thing in common with you: They're more than willing to join you in all your adventures.

3. You're Often The Ringleader In That Friend Group

Whether they want you to or not, you often take the reins when your squad is deciding what to do or where to go. You can't help it because you're a natural leader, and you have so many ideas for your friend group, that you can't help voicing your opinions 24/7.

4. You're Stubborn To A Fault

... And if someone disagrees with you on what you should do that night, they should be ready for a healthy debate. Because you're stubborn to a fault. Once you know your opinion, you stick to it. Though, of course, you welcome a challenge. One of your favorite things is convincing everyone that going to your favorite restaurant or movie is the best option, or at least making a valiant effort to do so.

5. You Usually Identify With Main Characters

When you're reading a book, or watching a movie or TV, you usually identify with the protagonist. You can't help it: first of all, you share so many traits with classic heroes. Second of all, maybe you're just a teensy bit arrogant, and want to be the main character. Is that the worst thing in the world? Nah. Because you'd never be the villain — despite a bit of arrogance, you make sure to stay grounded in your morals.

6. You're Not Afraid To Fail

If something's tough, you just keep trying until you get it right. And if you mess it up, oh well. It's the trying that counts, right? You'd much rather try and fail, than never try at all. And you have that saying framed in your house, too.

7. You've Broken The Rules More Than Once

Of course, sometimes when you're trying, you break a few rules. Even if you're known as a goody-two-shoes (or as you like to call yourself, Hermione Granger), you've stepped a toe out of line a few times (and said the phrase "better to ask forgiveness than permission..." while doing it). You'd never compromise your morals, it's just that authority is a bit *relative* to you. That is: You answer to your own set of morals, instead of someone else's.

8. You Can Pull Off Any Outfit

You've worn crazy costumes, taken every "dare" in truth or dare, and you probably broke a lot of bones when you were younger because your spirit just can't be contained. Your confidence is contagious, and sometimes it just overflows. Especially into your wardrobe. You're very familiar with the phrase, "you're going out wearing THAT?"

Board games are serious business to you, and anyone playing with you better know that they're going to be beaten. No matter whether you're playing sports or trying to ace a test in class, you have a seriously competitive streak.

10. You Bring Out People's Wild Side

When people hang out with you, they find themselves being more open and just a little crazier... because you bring that out in them. But it's OK, because you use that power for good. You just want everyone to be confident in how awesome they are. After all, you may get crap for thinking you're the greatest, but you also think all your friends are the greatest, too. And you just want them to realize that about themselves.

11. You Have Lots Of House Pride

You'd never change your house, because you're perfectly happy being a Gryffindor. Bravery FTW.