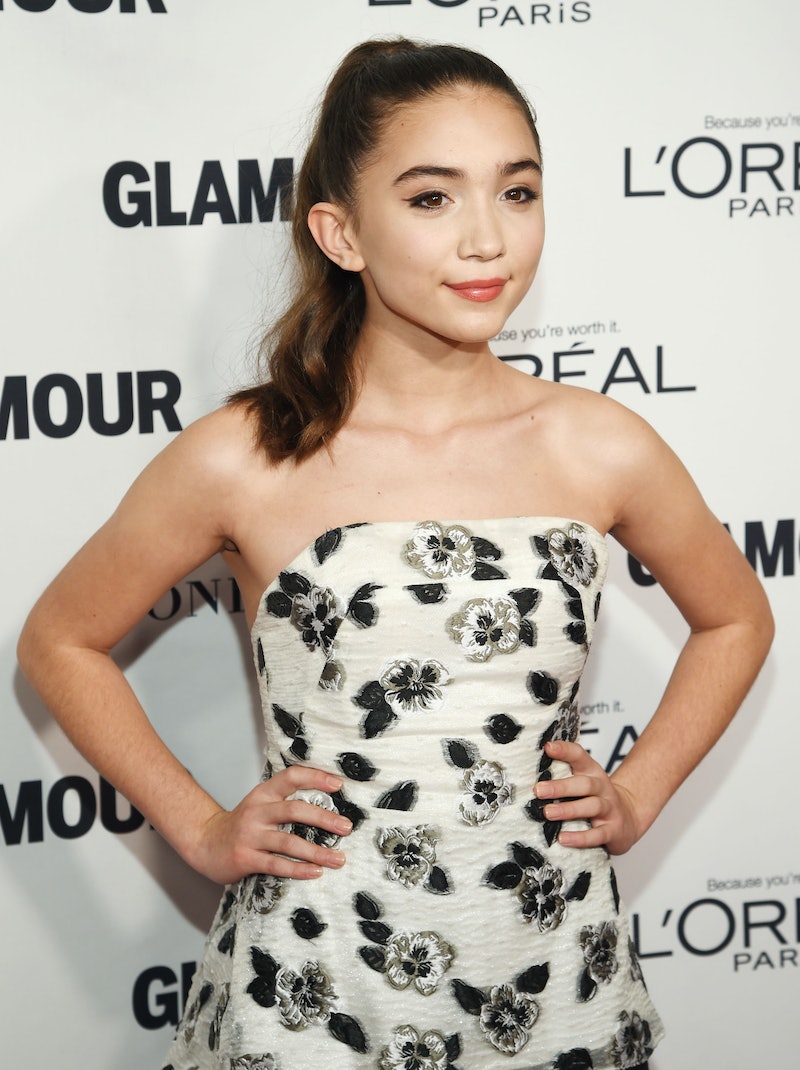 As far as today's feminist role models go, Rowan Blanchard belongs at the top of the list. First, she shared an epic Instagram post about intersectional feminism. Then, she spoke out about how teen girls don't need dieting tips... unless the tip is to eat more French fries. Now the Girl Meets World star is speaking the truth once again. After receiving criticism for not smiling in her Instagram photos, Rowan Blanchard posted a series of tweets highlighting the flaws in those kinds of comments. Not only did she shut down any haters, but she raised an important point about mental health as well. Seriously, this 14-year-old is wise beyond her years! It all began when the Disney actress posted the following tweet:

That's a strong statement in itself. But wait, it gets better! She continued, "I post on my Instagram what I like :) if I want to smile I will!! Nothing more than that. I wish people would stop reading into things." Of course cruel comments on Instagram are nothing new; neither is the idea that women are expected to smile on all occasions. I'm pretty sure any member of the female population will tell you she's received an eye roll-worthy comment from a stranger, along the lines of "You'd look so much prettier if you smiled." The idea that women always have to be happy is a ridiculous double standard. I haven't heard anything about guys receiving these kinds of critiques when they're not grinning ear-to-ear.

Here are the rest of Blanchard's awesome tweets:

She's right! Speaking so casually about depression is not OK. In fact, depression is one of the most common mental illnesses in the U.S. As someone with a huge fanbase (of predominantly young people), Blanchard is using her powerful platform for good. She's spreading important ideas about avoiding stereotypes and not judging people based on how they look. Plus, her tweets are a reminder to take mental health seriously. These are messages that anyone — not just teens — can benefit from.

Whether Blanchard chooses to smile or not is totally her prerogative, and the same can be said for other women. Not everyone is happy all the time, so there's no need to pretend that's the case. Plus, it's a photo capturing one specific moment in time. It doesn't mean that two minutes after it was taken that she wasn't laughing and joking around. Or maybe she actually was sad. And you know what? That's perfectly fine too.

Apparently this trend of people commenting on whether she smiles is nothing new. Over the weekend, Blanchard posted the following Powerpuff Girls meme to sum up her feelings:

In case you need another reason to love the Girl Meets World star, she recently rocked a uterus sweater. It doesn't really have much to do with the above, other than it's an awesome way to celebrate being a woman. Oh, and guess what? Blanchard isn't smiling in the picture, but she's still as fierce as ever.

Keep doing you, Rowan! And please keep spreading such important messages about society's unfair standards. It's these kinds of conversations that open people's eyes and spark real change.