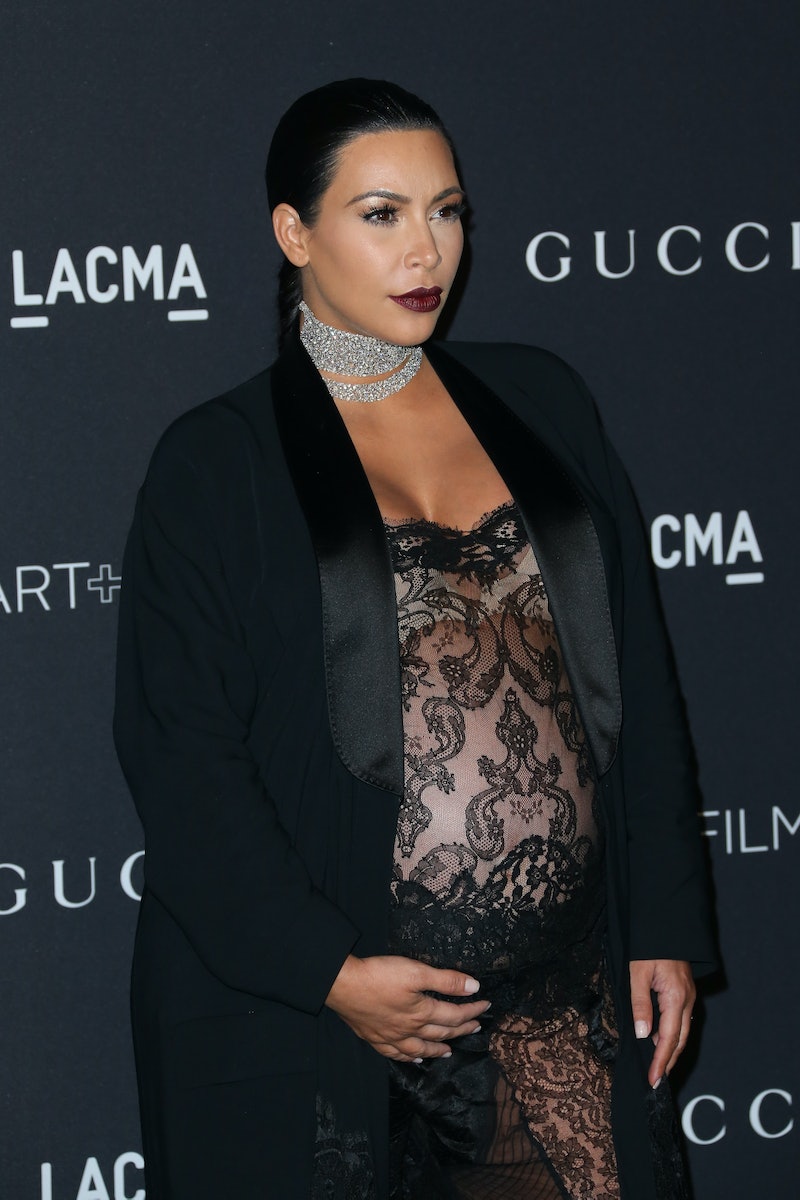 While Kim Kardashian's life is pretty much an open book, that doesn't mean she doesn't deserve any privacy. Or in the very least, the 35-year-old deserves respect. Sure, she may be more famous than the average person, but at the end of the day, she's still a human being. Along with her fame comes a serious spotlight, in which the public feels free to comment on any and every aspect of her life. She gets a haircut and suddenly there are a dozen memes saying she looks like Draco Malfoy. If she wears an unflattering patterned dress? She's compared to a couch. Despite the constant (and often cruel) critiques, Kardashian holds her head high. Proving this, Kim Kardashian had the best response to a fat shamer on Sunday night.

It all began when Kim Kardashian tweeted along with the latest episode of Keeping Up With the Kardashians. The reality star wrote, "of course i had to fly to Paris for fashion and foooood!!!!" In response, a Twitter user said that all Kardashian thinks about is food and called her a "fat b*tch." Yikes! Despite the unnecessary negativity, Kardashian gave a short and sweet reply: "yup!" Instead of crying over the comment or letting it get her down, she not only retweeted the remark, but embraced it. There's absolutely nothing wrong with loving food. Kardashian is allowed to enjoy her pregnancy cravings. She also posted this tweet:

Good for her! She really shouldn't care what others think. Whether she immediately bounces back to her old shape or not, what matters most is staying happy and healthy during the remainder of her pregnancy.

This is especially important, considering Kim Kardashian's pregnancy hasn't been an easy road. She's been very open about her medical struggles, both on her blog and episodes of Keeping Up With the Kardashians. Instead of commenting on her body size, it'd be much better to support the mom-to-be.

Of course, that's probably a bit idealistic. Considering the nature of the Internet and people's proclivity toward cruel comments, I guess the best thing for Kardashian to do is keep standing up for herself and not letting negativity get her down. After all, she's got far more important things to worry about than a stranger insulting her body size.