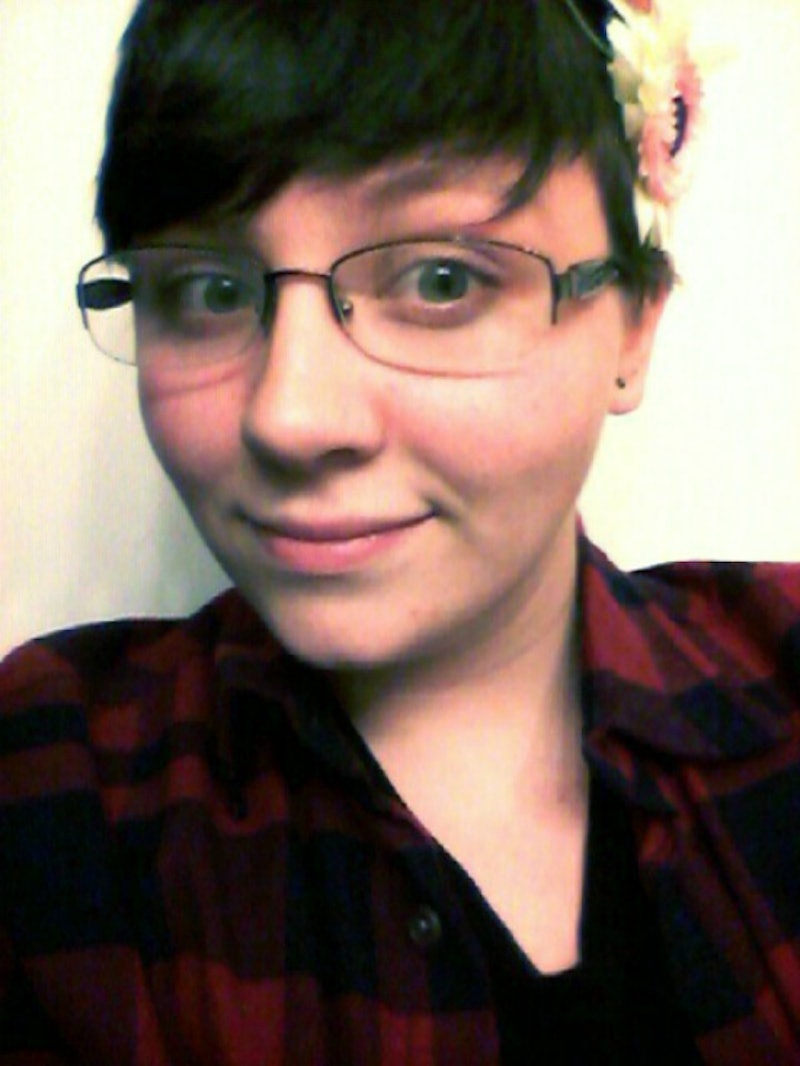 All transgender narratives are different. Some narratives include tales of people discovering that they don’t fit neatly into a binary category, and I’m one of those people. About a year ago, I came out as bi-gender, which falls under the wide umbrella of the term "genderqueer," which describes people who do not fit neatly into a category of a binary gender. For example, a genderqueer person may identify as being not entirely male, not entirely female, both, neither, or something different from male or female. Gender expression of genderqueer ranges from masculine to feminine and vice versa, with androgynous perched somewhere in the middle. Expression and identity of genderqueer people do not need to correlate with traditional gender — for example, one need not embrace masculine expression for a male identity.

I stepped into the workplace on my first day at my new job and I asserted my name and pronouns. I came out because I did a lot of research to find the word that I was looking for to describe myself. Some people love to ask me if I came out to follow a trend. I came out because language to describe myself became more available to me, and transgender celebrities like Laverne Cox started speaking out. If that makes me a trend follower, so be it.

In my year of exploring life as an “out” genderqueer person, I made several observations about the genderqueer experience. Here are eight truths about being genderqueer.

1. It can be hard for genderqueer people to relate to binary people.

I often find myself in social situations where I am the only genderqueer person in the room. When it comes time to mingle, I feel pretty confident that I can find a conversation that interests me. If I find myself in a conversation made up entirely of binary women, it makes no difference to me — until the conversation turns gendered, that is. Suddenly the conversation focuses on subject matter that caters to their gender as a group, such as the pay gap that women face in the workplace, and I begin to slink away.

Even in a mixed conversation with men and women who conform to the binary, the conversation turns awkward. It becomes hard to relate to even my fellow humans.

2. The “default” is very frustrating.

Frequently hearing the term “boys and girls” or “ladies and gentlemen” can be a real cause for frustration. Sadly enough, it’s engrained in our language. Even genderqueer people find themselves using that language because it’s there, it’s convenient, and it’s accepted.

Even products that we use are gendered. My jeans are “women’s” jeans. My deodorant is “men’s” deodorant. Making binary terms into default terms can make genderqueer people feel marginalized. It’s easy to feel invisible when neither term serves a purpose for a genderqueer person’s identity.

3. “They” is a real pronoun and can be used in the singular form, so don't tell someone you won't use it.

High school English teachers get really frustrated about people using “they” to describe one person. Unfortunately, the creation of the English language didn’t give much consideration to non-binary people. Even with the usage of ze/hir as alternative pronouns, genderqueer people are being dismissed and being told that these are not “real” pronouns by binary people.

4. Genderqueer people don’t expect you to know their gender and everything that they experience because of it.

When someone misgenders a genderqueer person, it isn't as simple as you might think to correct them. You may be a lovely, wonderful, and accepting person; that makes you one of quite a few. But when a genderqueer person doesn't know you and doesn't know whether or not you are one of those accepting people, correcting people on our names and pronouns can lead to uncomfortable situations. Introducing yourself as genderqueer can make every introduction to a new person into a long, educational conversation about abstract gender constructs. It gets a little bit boring after a while. There are tons of online resources you can turn to (like this very article) to get the information you're looking for about the genderqueer experience.

Genderqueer people want to avoid dealing with a defensive person when explaining their gender identity. Sometimes it is the reason we're nervous about correcting people! An assuring “you can correct me” or “I don’t mind being corrected” is much less threatening than getting defensive and argumentative. It's also a great indication of your desire to be an ally. It makes life simple for both parties involved.

6. There are no rules and regulations about being genderqueer.

I want my friend’s kid to call me “uncle.” I’m genderqueer, but I’m comfortable with that gendered, binary title. I hear people double take and say “wait, but I thought you are a male and a female.” Uncle shouldn’t be reserved for binary males. I was unaware that using “uncle” even though I’m genderqueer makes me not neutral enough and it gives people grounds to kick me out of the secret club. It makes me especially frustrated when the people who tell me that “uncle” isn’t “bigender” enough are cisgender binary people.

7. I'd rather pee in the woods than choose a bathroom.

At my job, my bosses told me to “use the bathroom that I’m most comfortable with.” That was the biggest relief I had ever experienced when it came to the gendered bathroom debate. I avoid gendered bathrooms because the bathroom I choose might stick me with a binary gender label to those around me. If I use the women’s bathroom, people will tell themselves that I’m a butch woman. If I use the men’s bathroom, people will tell themselves that I’m a trans man. I might even be victim to transphobia in that scenario. Being genderqueer and choosing a bathroom out of two binary bathroom choices can make emptying our bladder feel like deciding on the lesser of two evils.

8. Genderqueer people are not here to overthrow the binary aspects of society for all people.

If you fit into the binary, congratulations! It’s great that you feel like you identify with the gender you were assigned at birth. It probably makes things a little bit smoother. Genderqueer people are not here to tell you that conforming to the binary is an awful thing. It’s just not our thing. Binary people, keep being you! Binary should not be seen as the default gender identity but it’s totally OK to fit into the binary if that’s how you feel. There is no shame or guilt in being yourself, binary or non-binary.

Luckily for genderqueer people, there are more public discussions about our gender identities taking place now than ever before.