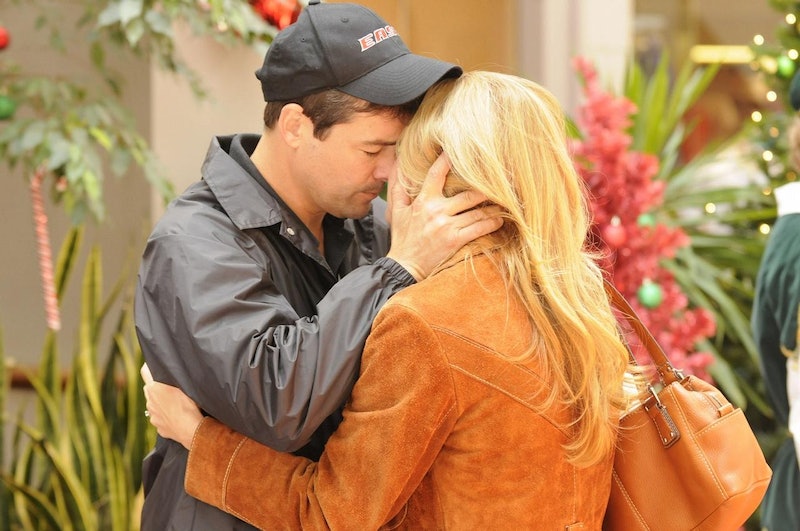 They say heartbreak eases over time, but for fans of Friday Night Lights , the pain over the series' untimely end is still just as real nearly three years after the show went off the air. Despite retrospectives, reunions, and all the binge-watching Netflix can offer, very little has helped lessen the pain of losing one of the best TV dramas ever made.

At first, this seemed like a good thing; why would we want to forget the show that broke our hearts, made us care about football, and featured the best marriage ever on TV? After a couple years of nostalgia, though, constantly going "gee, if only this was half as good as FNL" began to get tiring. A few times, there was reason to think that we'd found a suitable replacement for the show — the Tami Taylor-starring Nashville, Landry's season on Breaking Bad , Zach Gilford's short-lived Off the Map — but in three years, nothing television has produced has truly helped take away the pain.

Finally, though, it seems like our FNL nostalgia might finally come to an end. In 2014, a handful of TV shows have the potential to be the next Friday Night Lights, either because of the people involved or the plots featured or, in some cases, a combination of both. Nothing will ever really replace Friday Night Lights, of course, but these five shows will likely come as close as we can ever hope.

Based on the best-selling novel by Nick Hornby (and the Hugh Grant-starring movie that came after), About a Boy, premiering on Feb. 21, is an upcoming NBC drama about the friendship between a successful, immature man (New Girl's David Walton) and a lonely, strange 11-year-old (1600 Penn's Benjamin Stockham). While the plot is nothing like Friday Night Lights, its production is; About a Boy is written and produced by FNL head writer Jason Katims. Katims, as all FNL fans are aware, knows a thing or two about making quality TV shows about family and friendship. His involvement alone is reason to think that About a Boy could be our new favorite, FNL-inspired show.

And speaking of Katims, his biggest post-Friday Night Lights endeavor, Parenthood, is back for its fifth season and better than ever. It's long been known that the Katims-created Parenthood is the best show you're not watching, but if you're ever going to consider giving it a shot, now's the time. Despite critical acclaim and a Golden Globe nomination for star Monica Potter, the future of the series is unclear, thanks to consistently low ratings. If it does get cancelled, it'll be a real shame; other than just being a great quality show, Parenthood has given FNL alums Michael B. Jordan, Minka Kelly, Jurnee Smollett-Bell, and Matt Lauria each serious arcs during the course of its five seasons. While there's not currently any FNL actors featured on the show (Lauria and Smollett-Bell both just ended their stays), the plot of Parenthood, about the honest, complex, often frustrating relationships between family, friends, and co-workers couldn't be any more reminiscent of our beloved show.

An Esquire Network docuseries that premiered on Jan. 14, Friday Night Tykes is perhaps the 2014 show most similar to FNL. There's the name, of course, and the subject matter, Texas football, as well as the seriousness of the topics it approaches: safety, parenting, competition between players. Yet there is one key difference between the two shows: Tykes, like its name suggests, focuses on the Rookies division of the Texas Youth Football Association — meaning, 8 and 9 year olds. Think Gracie Bell is gearing up?

Yes, it's a TV movie, not a series, but it would be impossible to talk about Friday Night Lights replacements without mentioning The Normal Heart. The upcoming drama stars Taylor Kitsch, forever known to FNL fans as Tim Riggins, as an AIDS activist in the early '80s. The Normal Heart isn't the only project coming out this year starring an FNL alum, of course, but it's one of the most high-profile, and also the one that needs our support the most. FNL fans know that Kitsch has had a rough few years in Hollywood after the series' end, taking the fall for the box office bombs that were John Carter and Battleship. The Normal Heart is one of the first projects he's taken on post-FNL that looks promising; do Riggins a favor by helping boost the film's ratings when it premieres this spring.

Co-creator Damon Lindelof on The Leftovers, an upcoming HBO drama series about a post-Rapture society: "If Lost and Friday Night Lights had a baby and then that baby was severely neglected, that would be The Leftovers." As if that wasn't enough reason to tune in, The Leftovers, based on the acclaimed novel by Tom Perrotta, is expected to be an emotional, stirring drama about human connection. FNL creator Peter Berg has signed on to direct and executive produce.