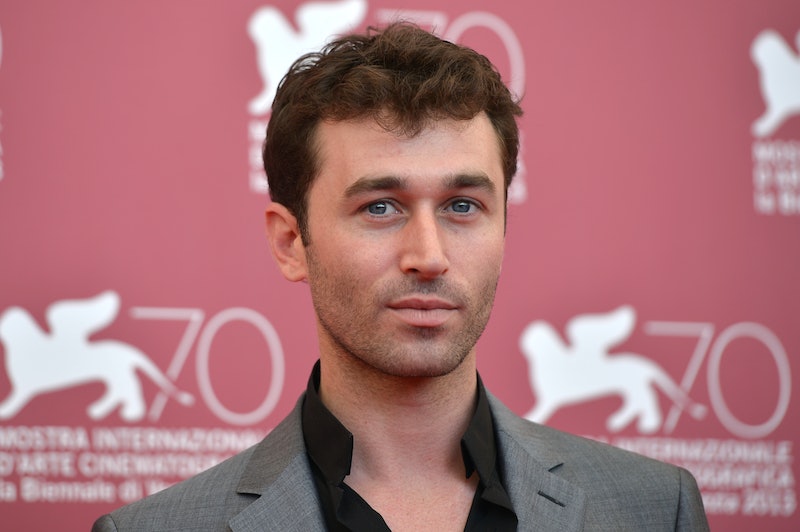 On Wednesday Joanna Angel, the woman who showed her immediate support for Stoya, went on Jason Ellis SiriusXM radio show to share her own personal experiences with Deen, in which she called Deen a "scary person."

Although shortly thereafter, Stoya tweeted that she was cutting all communication until December 17, she did tweet yesterday that she believes Ashley Fires and Tori Lux, the first two other women who came forward in the immediate days that followed Stoya's initial tweet.

On Monday, The Daily Beast published a piece by former adult performer, Tori Lux, who alleges that she was assaulted by Deen in June 2011. Lux claims that after a scene of them was shot, Deen started “antagonizing” Lux and asked her if she wanted to sniff his testicles. According to Lux, she declined not once, but twice. It was then that that Deen allegedly “proceeded to straddle my chest, pinning down my arms with his knees. Then, he raised his hand high above his head, swinging it down and hitting me in the face and head with an open palm. He did this five or six times — hard — before finally getting off of me.” She claims that before she could realize what had happened, Deen forced her to the floor and shoved her face into his crotch repeatedly.

She closed her piece for The Daily Beast by asking readers to open their minds “to the bigger picture regarding stigma and safety within the sex industry,” adding that silence is what “keeps sex workers in danger.”

Not long after Lux’s allegations came to light, adult actress Ashley Fires came forward to say that the only performer in the adult industry with whom she refuses to work is James Deen. According to Fires, Deen is on her “no list” because he allegedly almost raped her.

“I was getting out of the shower of the communal bathroom at Kink, I reach for my towel to dry off, and he comes up from behind me and pushes himself and his erection into my butt… I was like, ‘No, no, no James, no,’ and he released me from his grasp, and says, ‘You know, later if you want to f*ck around I’m in room whatever-it-was. I was like, ‘F*ck you.’ I didn’t even know this guy, he was so out of line and entitled with my body.”

Although Fires didn’t report the alleged incident to the police, she claims she did tell enough people in the industry that it prompted Deen to order her to stop telling people about it. As opposed to telling the truth as to why she didn’t want to work with Deen, she claims he suggested that she say he reminds her of her brother. Fires didn’t take the alleged advice and continues to be vocal about why she says Deen is the only man in the business she won’t go near.

On Thursday, The Daily Beast reported that two more adult actresses have come forward to accuse James Deen of rape and sexual assault. One of them, Amber Rayne, alleges that during a piledriver scene she said something to Deen that clearly pissed him off. As she told The Daily Beast:

“We were in a piledriver, he was f*cking me in the ass and I said something like, ‘Yeah f*ck me like that you son of a bitch.’ His face twisted and he came down on my face two times—close-fisted,” says Rayne. “I was punched in the face while he was still in my ass and then he starts going crazy on my butt—extreme, brutally f*cking it. He just starts shoving things in to the point where he ripped it and I bled everywhere. There was so much blood I couldn’t finish the scene.”

Afterward, she claims she and the director went into the bathroom where they realized the damage that had been caused would result in stitches. But Rayne claims she was determined to finish the film, without Deen, and opted for multiple-guy blow job scene instead. For years, Rayne refused to work with Deen but eventually consented under the condition that a trusted director would be there to supervise his actions. Of the alleged experience, Rayne said, “It seemed like he’d grown up significantly, at least in his interactions with me, and I grew into a stronger person as well.”

For along time, Rayne blamed Deen’s alleged behavior that day on being immature and new to the industry, but she says she can no longer do that.

“James [Deen] kept trying to get inside my ass but I kept pushing him away, so he choked me then he slammed my face down into the couch and forced himself in my ass anyway.”

When Joanna Angel sat down with Jason Ellis on his SiriusXM radio show, she had more allegations to add to the growing list against Deen.

Angel dated Deen for six years and during that time she claims that she feared for her safety and her life, but felt too trapped to leave Deen. In one particular instance during sex, Angel alleges that Deen dragged her into the bathroom, by her hair, and put her head in sink filled with water.

Angel went on to recall several instances where she claims she awoke to Deen choking her in his sleep adding, “He really is scary person.”

More like this
The 19 Best Tweets & Memes About Bisexual Awareness Week
By Lexi Inks
These 4 Signs Are The Seductive Sirens Of The Zodiac
By Brittany Beringer
Black Women's Equal Pay Day Highlights An Upsetting Problem
By Brandi Neal
Are Quality Time & Gift-Receiving Love Languages Compatible?
By Lexi Inks
Get Even More From Bustle — Sign Up For The Newsletter