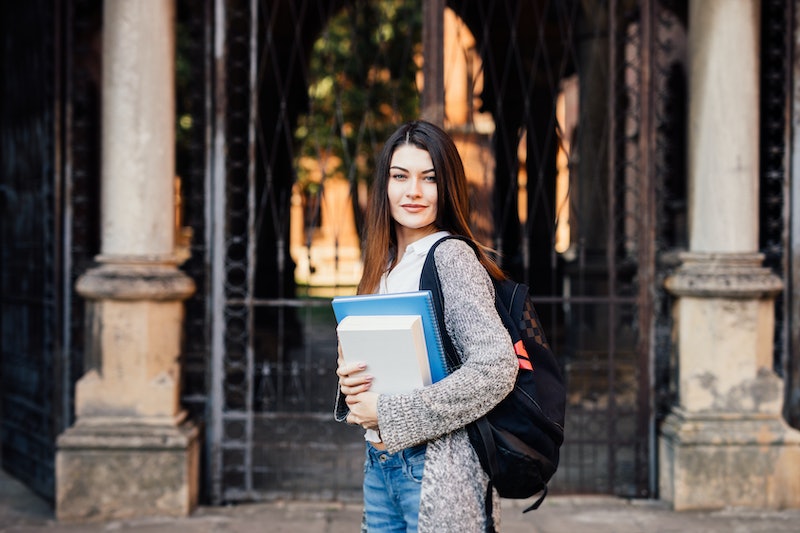 Most of us are used to thinking of white privilege on a large scale: Police brutality, Islamophobia, the overwhelming whiteness of people in positions of power, and other such instances of modern racism. However, more subtle forms of white privilege are all around us as well, and they're often so ingrained in daily life that we don't even notice them anymore. I would know — as a white, Southern woman in her early 20s, I'm exactly the kind of person who benefits from white privilege, no matter how aware I try to be of the advantages provided by my skin color.

So what is white privilege? One of the most commonly cited definitions was written by feminist Peggy McIntosh in "White Privilege: Unpacking the Invisible Knapsack." In the 1988 essay, she compares white privilege to an "invisible, weightless knapsack of special provisions, maps, passports, codebooks, visas, clothes, tools and blank checks." In other words, white privilege is the flip side of racism: The unseen assortment of advantages afforded to white people based on their skin color, as opposed to the disadvantages people of color face.

Ironically, one of the most noticeable instances of white privilege is the fact that you often have to argue it exists in the first place. While most people aren't so tone-deaf as to claim racism is over, people like conservative editor Katie Pavich deny that white people benefit from their skin color despite the evidence all around them pointing to the opposite conclusion. Unfortunately, that's the insidious thing about white privilege — unlike people of color, who are forcibly reminded of their ethnicity day after day, white people are taught not to notice our own race. As James Baldwin said decades ago, "Being white means never having to think about it."

Of course, this doesn't mean that white people can't live difficult lives; white privilege is about the advantages given by skin color, not class struggles, sexism, or discrimination based on sexuality. However, there's no denying that being white makes our lives easier in all kinds of ways. Let's take a look at six subtle instances of white privilege below:

1. You Can Go Shopping Without Harassment

When I worked in retail after college, stereotyping of people of color was encouraged; our managers instructed us to keep an eye on people of color. This is anecdotal, of course, but people of color frequently report being followed while shopping based on the assumption that they're thieves or won't be able to afford purchases. It even happened to Oprah, for goodness' sake.

2. You're Not Expected To Speak For Your Entire Ethnicity

People of color are often held up as examples of their ethnicity. If they do something conforming to a certain stereotype, they're seen as confirming it; if they don't, they're seen as an exception. Furthermore, people of color are expected to have an opinion on every matter pertaining to race, whether they actually care or not. White people, on the other hand, can act without worrying how it will reflect on other white people, nor do they have to speak for anyone but themselves.

3. Nobody Doubts How You Got Into Higher Education

There's a persistent idea that some people of color are only accepted to colleges to increase diversity — an assumption that white people never have to face, because we're still the majority.

4. You're Less Likely To Get Pulled Over

You're no doubt aware that people of color are disproportionately shot and arrested by the police, but did you know it even extends to speeding tickets? According to a 2013 study, black drivers in Kalamazoo, MI were more than twice as likely to get pulled over than white drivers. Fortunately, this is easily fixed; after the results of the study were published, Kalamazoo's police department made a significant reduction in tickets issued.

If you're a white person, bandages are made with the color of your skin in mind, even if it doesn't match exactly. This may seem small, but the fact that the default "flesh" color is white, with few options for non-white bandages, speaks volumes about how whiteness is the default in American society.

6. Your Race Is All Over The History Books

Current history curricula disproportionately focus on white people, whether it's an attempt to claim that the Civil War was "really" about state's rights rather than slavery or the erasure of the atrocities committed against Native Americans to a mere footnote. Wherever you look, you'll find white historical figures, while people of color are routinely ignored.

Now that you're aware of some instances of white privilege, what can you do about it? Fortunately, it largely boils down to staying aware. There's no need to feel guilty for being privileged, as long as you acknowledge it exists and understand not everyone's experiences align with your own.

12/23/2015: Edited to update wording regarding atrocities committed against Native Americans.

More like this
5 Ways To Stand In Solidarity With Women In America From The UK
By Sophie McEvoy
How To Fight For Reproductive Rights, Based On How Much Time You Have
By Courtney Young
Why You're Seeing Green Bandanas At Abortion Rights Protests
By Lexi Inks
Aesop's Queer Library Is Open
By Tomi Otekunrin
Get Even More From Bustle — Sign Up For The Newsletter