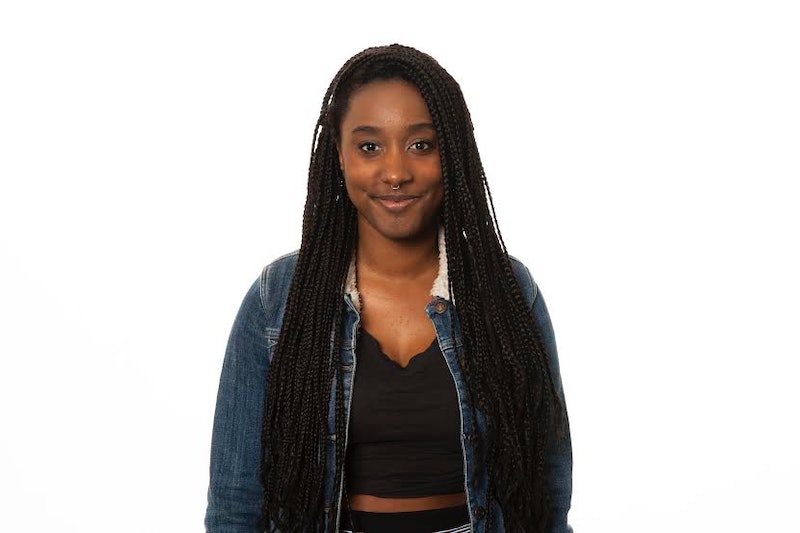 Over the weekend, an essay entitled "Checking My Privilege" has been making its rounds online. In the piece, Tal Fortgang, a current Princeton freshman, describes his frustration with being told to "check his privilege." Here's an excerpt from his essay:

"Check your privilege," the saying goes, and I have been reprimanded by it several times this year. The phrase, handed down by my moral superiors, descends recklessly, like an Obama-sanctioned drone, and aims laser-like at my pinkish-peach complexion [and] my maleness...

Perhaps it’s the privilege my grandfather and his brother had to flee their home as teenagers when the Nazis invaded Poland, leaving their mother and five younger siblings behind, running and running until they reached a Displaced Persons camp in Siberia, where they would do years of hard labor in the bitter cold until World War II ended...Or maybe it’s the privilege my grandmother had of spending weeks upon weeks on a death march through Polish forests in subzero temperatures, one of just a handful to survive, only to be put in Bergen-Belsen concentration camp where she would have died but for the Allied forces who liberated her and helped her regain her health when her weight dwindled to barely 80 pounds.

Before I say anything, I would like to clarify that I will not engage in this “Oppression Olympics.” I am not discounting the Holocaust. I am not putting slavery on a pedestal. This isn’t a contest of whose oppression is worse than whose. That game is offensive to me.

Fortgang says in his essay that his father worked hard to afford him the opportunities he has today. Along the same lines, my mother worked tirelessly to assure I would get a better education. She worked multiple jobs in order to keep me from taking out loans. In that sense, I am very privileged to have had the opportunities afforded to me by her, and to graduate with minimal debt. That is the privilege of having a supportive parent.

So what do we mean when we say that people should check their white privilege? The white, feminist activist Peggy Mcintosh’s White Privilege: Unpacking the Invisible Knapsack states it clearly.

I have come to see white privilege as an invisible package of unearned assets which I can count on cashing in each day, but about which I was ‘meant’ to remain oblivious. White privilege is like an invisible weightless knapsack of special provisions, maps, passports, codebooks, visas, clothes, tools, and blank checks.

As far as I can see, my African American co­-workers, friends, and acquaintances with who I come into daily or frequent contact in this particular time, place, and line of work cannot count on most of these conditions:

1. I can do well in a challenging situation without being called a credit to my race.

2. When I am told about our national heritage or about “civilization,” I am shown that people of my color made it what it is.

3. Whether I use checks, credit cards, or cash, I can count on my skin color not to work against my financial reliability.

4. I can swear, dress in second hand clothes, or not answer letters, without having people attribute these choices to the bad morals, the poverty, or illiteracy of my race.

5. I am never asked to speak for all the people of my racial group.

6. I can remain oblivious of the language and customs of persons of color who constitute the world’s majority without feeling in my culture any penalty for such oblivion.

7. If a traffic cop pulls me over…I can be sure I haven’t been singled out because of my race.

8. I can be sure that if I need legal help, my race will not work against me.

9. I can turn on the television or open to the front page of the paper and see people of my race widely represented.

10. I can choose blemish color or bandages in “flesh” color and have them more or less match my skin.”

This country was built on a foundation of laws that oppress those seen as “other.” I’m not just talking about Plessy vs. Ferguson . I’m not just talking about people being called Colored People, Blacks, Negroes, and Niggers — but also Fortgang's ancestors being called Kykes. This country has made countless laws that do not protect people who aren't white Christians from western Europe.

It is to ignore the police brutality, the black men and women profiled, beaten, and killed by police everyday. It is to ignore the blacks who are charged disproportionate jail time for crimes white people commit and get probation for. It is to deny the effects of Stop and Frisk. If you see a cop car, is that cop there to protect you from others, or to protect others from you? As a person of color, I do not feel protected by the police.

Last month, Kwasi Enin, an African American teen from Long Island, NY was accepted to all eight Ivy League Colleges. I cannot count how many comments I read on Facebook posts complaining that “if he was White, people would say this is White Privilege,” or “he was only accepted because he was Black.” In this country as a person of color, you've got to be four times as good to get your foot in the door. And even then, you will still be subject to critics saying you don't deserve what you've earned.

We've come to classify it as “Black Guilt." In today’s society, Black people are now being made to feel guilty for receiving jobs over white colleagues or gaining entry into colleges over white students.

So what do we mean when we ask white men like Fortgang to "check their privilege?" First and foremost, we are asking for simple acknowledgement about the way our society works. We are asking for people to admit that there are still things you are given as a white person that are privileges. Yes, you may not have asked for them — but they were given to you regardless.

I am a 22-year-old African American woman pursuing a Masters degree with no criminal record. I have one speeding ticket from my hometown. Yet I have been followed through stores for fear of me stealing. I have been pulled over by police and asked where I’m going, for no apparent reason. I have been blatantly ignored by clerks in stores. I have been called a Nigger. I have gotten weird looks when I walk through predominately white neighborhoods. I have gotten looks of disgust when I walk down the street holding my white boyfriend's hand.

White privilege is hard to see because, indeed, it is like an invisible cloak: It protects you from the perils of being a minority in America.

So please, don't try to make me invisible by pretending that it doesn't even exist.

More like this
How To Fight For Reproductive Rights, Based On How Much Time You Have
By Courtney Young
How The City Healed Five Years On From The Manchester Arena Attack
By Ella Glover
Yomi Adegoke On The Offline Diaries & The Power Of Representation
By Jessica Morgan
Harry Styles Called For "Backlash" In Powerful Statement On Abortion Rights
By El Hunt
Get Even More From Bustle — Sign Up For The Newsletter