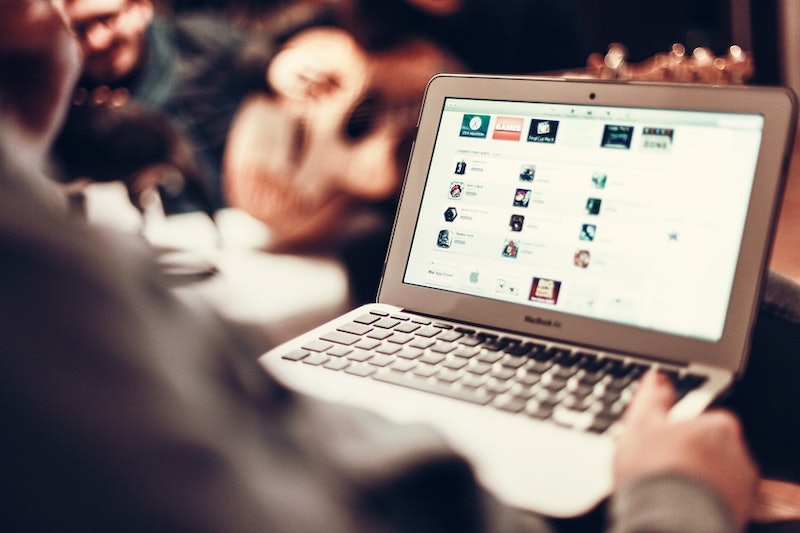 We're well-aware of the positive aspects of digital media — you can order a pizza, pay your bills, and get a date all while sitting on the train home from work — but we're also becoming increasingly more aware of the not-so-positive aspects (people are statistically happier without access to some social media, FYI). A new study has recently been released proving that alongside self-esteem-damaging comparisons, the Internet is making us lose confidence in our intelligence, essentially by acting as a "mental crutch." The gist of it is this — why would we memorize or rely on our possibly-misinformed ideas when the world wide web is right at our fingertips?

Dr. Evan F. Risko of the Department of Psychology at the University of Waterloo and his team asked about 100 participants a series of general-knowledge questions (i.e., "What's the capitol of France?"), and they responded with whether they knew the answer or not. For half of the study, they had access to the Internet – that is, if they responded that they did not know the answer, they could look it up. For the other half, they did not have Internet access. The team found that people who did have access were five percent more likely to say that they did not know the answer to the question at hand. Worse, some of the people with access to the Internet reported feeling as though they knew less compared to the people without access.

"People are less willing to rely on their knowledge and say they know something when they have access to the Internet, suggesting that our connection to the web is affecting how we think," the study writeup begins. "With the ubiquity of the Internet, we are almost constantly connected to large amounts of information. And when that data is within reach, people seem less likely to rely on their own knowledge," Risko concluded.

Researchers speculate that the Internet also makes it less acceptable to admit that you do not know something, or could be incorrect. This, of course, ultimately cements incorrect ideas into our minds only because we're afraid of being wrong. On the flip side, researchers also note that it could be possible that participants who said they didn't know the answer were seeking out the opportunity to confirm their hunch or learn about something new — it could just as well be a product of intelligence not to assume you know the answer if you can look it up. Risko plans to continue his research by investigating the factors that lead to individuals' reduced willingness to respond when they have access to the web.