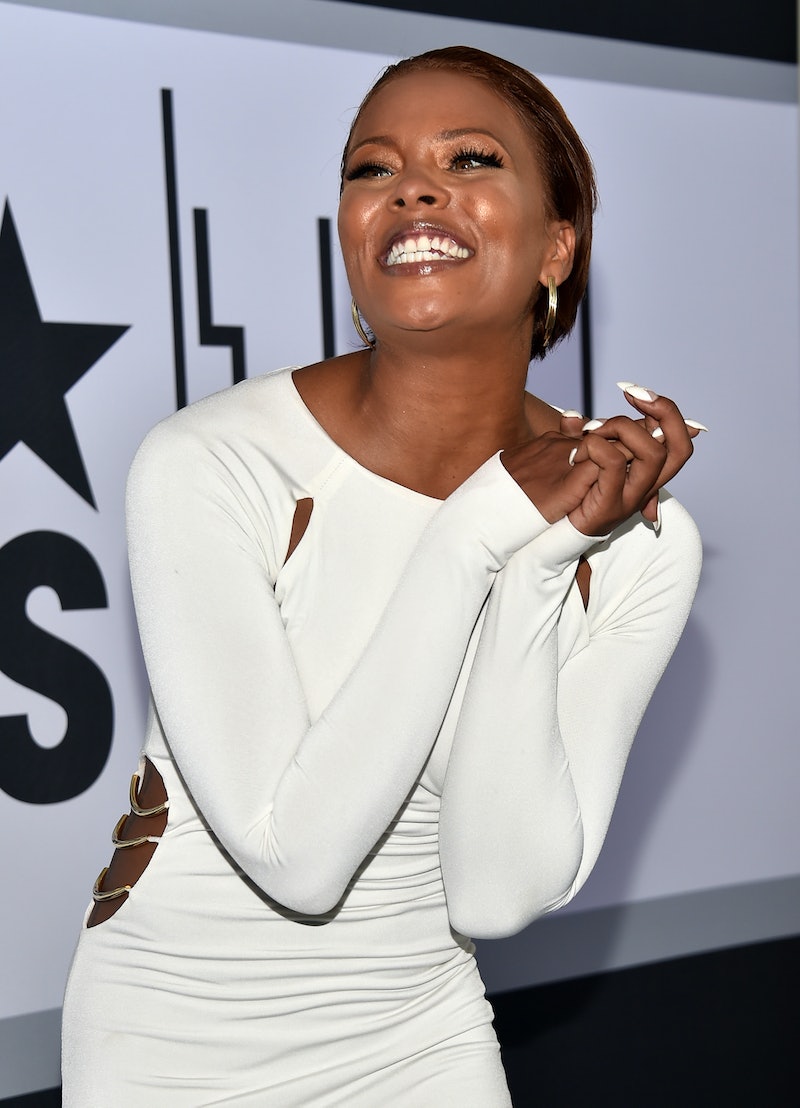 After 22 cycles, America's Next Top Model is finally a wrap, having first premiered in 2003. To put that into perspective, I was in middle school when it first went on air and am now five years out of college. While many reality shows — especially in the realm of fashion — seem to come and go, ANTM made a more lasting effort to create a more inclusive look at mainstream fashion.

Was ANTM perfect? Certainly not. I do not want to ignore the critique that the show played into racial stereotypes. But it also gave a place to some folks who mainstream fashion might otherwise have ignored, and that's worth recognizing.

As a fat, suburban teen interested in fashion, seeing plus size models compete on ANTM meant something to me. Plus size model Toccara Jones competed in ANTM in 2004, and while 2015 was a big year for body positivity becoming mainstream, it's significant that Jones appeared on ANTM 11 years ago, before the term was a buzzword.

The show created a platform for contestants who were openly gay, transgender, and living with disabilities, and this kind of visibility in such a big mainstream way was so important. So let's take a look back at 22 cycles of ANTM and smize about some of its more important, game-changing moments.

In 2009, ANTM cast 14 model hopefuls for Cycle 13, and all of them were 5'7" and under. In an industry in which even plus size models are still often held to a height standard, this decision was significant and helped tear down the idea that there's only one acceptable way to be a model.

The information for the "Where Are They Now" pages for most ANTM contestants is probably a little harder to dig up than those of Eva Marcille and Yaya DaCosta, who came in first and second place on Cycle 3. These women are arguably two of the most successful contestants outside of the modeling world. Marcille has taken on a number of acting roles since her ANTM win in 2004 while DaCosta starred as Whitney Houston in the 2015 biopic. The modeling industry is still pretty white-washed, so to see the show launch the successful careers of two women of color is nothing short of cool.

3. Whitney Thompson As The First Plus Size Winner

Way before Ashley Graham and Tess Holliday became household names, Whitney Thompson was crowned the first plus size winner of ANTM in 2008. To see a woman size 12/14 earn one of reality TV's biggest titles at the time was huge for putting plus size fashion on the mainstream map.

4. Isis King As The First Trans Woman To Compete

Isis King was the first trans woman to compete on ANTM and appeared on the show in Cycles 11 and 17, in 2008 and 2011 respectively. Although King didn't win the competition, her participation in the show helped increase visibility for trans men and women. King became the first openly transgender model for American Apparel in 2012 and just this year was featured by Teen Vogue .

For a while, I didn't even realize that the now über-famous Winnie Harlow got her start on ANTM's Cycle 21. Harlow was everywhere in 2015, including as the face of Desigual. She has spoken openly about having the chronic skin condition vitiligo and subsequently helped to remove some of the stigma associated with it.

Though there were certainly some misses when it came to photoshoots (looking at you, romance novel covers) many of the shoots tackled difficult issues such as the effects of smoking, youth homelessness, and the high cost of beauty standards. Others were just plain fashion forward and flawless.

In Cycle 9, Heather Kuzmich revealed that she had Asperger Syndrome, which can cause difficulties with social interaction and nonverbal communication. Kuzmich won our hearts and introduced many people, myself included, to Asperger's, while proving that she could still be a totally badass model.

Opening the competition to male models might not seem like that big of a deal, but it is when you consider that there is less visibility for male models in the fashion industry. And male models make 10 percent of what their female counterparts do. ANTM crowned Keith Carlos as its first male winner in 2014.

On Dec. 4, 2015 Nyle DiMarco was named the last and final winner of ANTM. Though DiMarco was the last winner, he was also the first-ever Deaf contestant. DiMarco plans on using his platform to raise awareness and told MTV, "I hope my win helped shatter misconceptions about Deaf people. I hope my win will make people realize that we’re as normal as can be. I also hope my win will inspire Deaf people to do whatever they want to do in life! The possibilities are endless."

The possibilities really are endless for all of the faces and causes that ANTM, in its own way, helped bring into the sartorial and mainstream limelight.