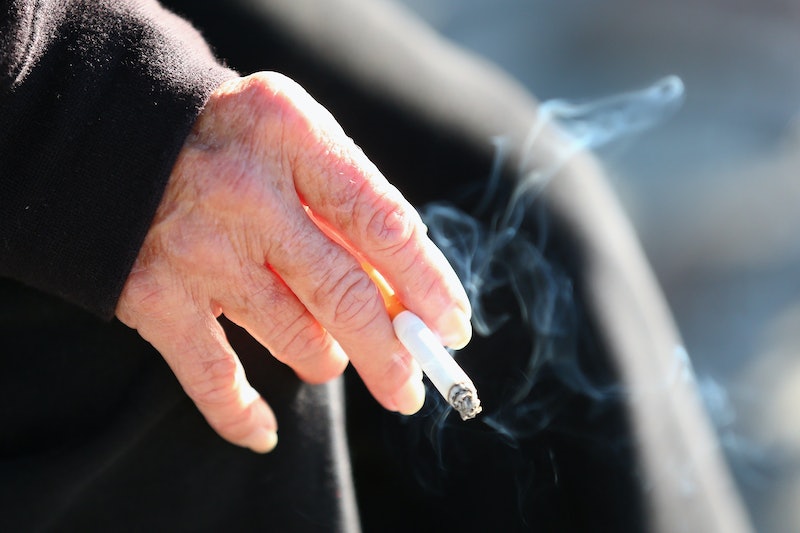 It's no secret that smoking is bad for you. But a new study from the Surgeon General published Friday has managed to link the deadly habit to even more diseases and health problems than previously thought. It's been fifty years since the surgeon general's first landmark warning against smoking first came out, but the new report reveals even more bad news. As it turns out, smoking is also a cause of such medical terrors as liver, colon, and lung cancer, as well as Type 2 diabetes, erectile dysfunction, and rheumatoid arthritis.

Smoking tobacco leads to immune system damage and makes asthma worse, according to the report. While it's well-known that cigarettes are detrimental to fetal health, the report also links smoking to cleft lips and palates in unborn children, and to ectopic pregnancies, a condition where a fertilized egg implants in the fallopian tubes and not the uterus.

The report also shows that the risk of developing lung cancer is higher now than in the 1960s due to the changes in the design of cigarettes and what's inside them.

“A half century after the release of the first report, we continue to add to the long list of diseases caused by tobacco use and exposure,” Lushniak wrote.

Cities across the country have made a push to eradicate smoking — even the non-tobacco and seemingly harmless kind. The dizzying rise of e-cigarettes, particularly among teenagers, has prompted the city of Chicago to ban the use of them indoors, and it looks like New York, a city with its own highly restrictive rules around smoking (the age to buy cigarettes was recently raised to 21), could be cracking down on the contraptions.

While today's numbers on smoking are promising, they remain stark. Forty-two percent of adults smoked in 1965, down to 18 percent in 2012. The number of former smokers in the U.S. is also now higher than the number of current smokers. But more than 20 million Americans have died prematurely due to smoking since 1964, and 443,000 Americans die annually from smoking-related diseases, according to data from the Centers for Disease Control and Prevention. The report also states that $130 billion is spent each year on smoking-related medical costs.

So, to recap: smoking isn't cool, it isn't sexy, and it will likely kill you. If you need any more convincing, check out this body map, that helpfully pinpoints exactly how and where tobacco will hurt you.