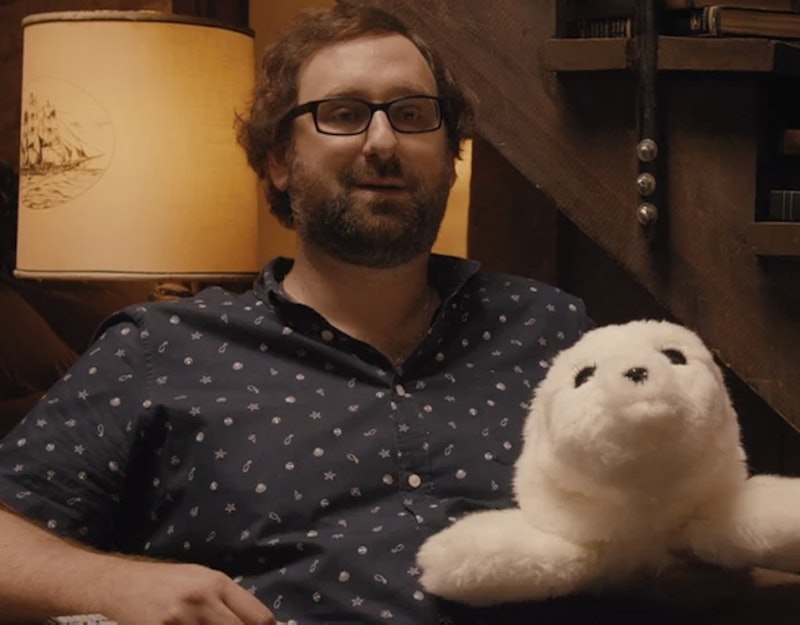 So many amazing things happened in 2015, but the best pets of 2015 certainly take the cake. Like the biggest cake. And, to be fair, there were a lot of cakes. Saint West was born. Adele sold 3.38 million copies of her album, 25, in the US in its first week of release. Taylor Swift wrapped up her epic 1989 tour. But, let's be real, there was one thing that was capable of surpassing all of these amazing achievements: celebrity pets and famous animal friends were #ONFLEEK! From animatronic seals to the most perfect puppies you've ever seen in your life, in 2015, animals finally proved, once and for all, that they were better than people. Which is why it's important to take a look back at the furry creatures, both real and fake, that stole our hearts in 2015.

It's time to forget Boo (I mean don't really forget Boo — Boo is amazing), because 2015 was the year of the pampered celebrity pooch, and there are so many amazing animals to choose from. Paris Hilton, Miley Cyrus, and Lady Gaga all lead the way when it comes to treating pets like family members. Taylor Swift may have paraded her human BFFs on stage with her during her 1989 tour, but it's Swift's cats that are the real stars of the show, and everyone on the Internet knows that to be true. Let's take a look at the best animal companions of 2015.

Always the trendsetter, Delevingne doesn't have a common pet like a puppy. She has a rabbit. That is just too cool, and too cute.

Miley Cyrus helped her ex, Liam Hemsworth, adopt his puppy. Cyrus is a bit of an expert when it comes to keeping dogs, and it definitely looks as though Hemsworth adopted an awesome one.

Gaga's dog even has her own Instagram and is more famous than you are. In fact, Miss Asia Kinney is basically just winning at life, and I can't compete with that.

4. PARO — The Seal From Master Of None

It's a fair point to make that PARO is, in fact, a robot and not a real animal, but that doesn't make him any less lovable. I'm adding a PARO to my Christmas list AS I WRITE THIS.

Taylor Swift had a pretty incredible year in 2015, so it should be no surprise that her pets were just as awesome Swift's cats have a famous following on the internet, and it's tough to pick a clear winner from them. However, Olivia always looks so stylish and moody, so I had to pick her.

These two corgis are even on Snapchat, that's how amaze they are. They reside in West L.A. and have the best names ever.

The caption on Venus's Instagram reads, "0 percent photoshop 100 percent born this way!" And Venus sure does have an unusual look.

8. Rags — The Narrator Of Love The Coopers

One of the best movie dogs of all time, in my humble opinion, Rags was not only voiced by Steve Martin, but also ate more food on screen than any other character. Go Rags!

It was hard to narrow it down to just these few, but they definitely win the year through a combination of being oh-so-memorable, oh-so-stylish, or oh-so-I-want-to-take-them-home-with-me. Sorry, human beings, but there's nothing more important to my pop cultural year than a smorgasbord of cute animals.