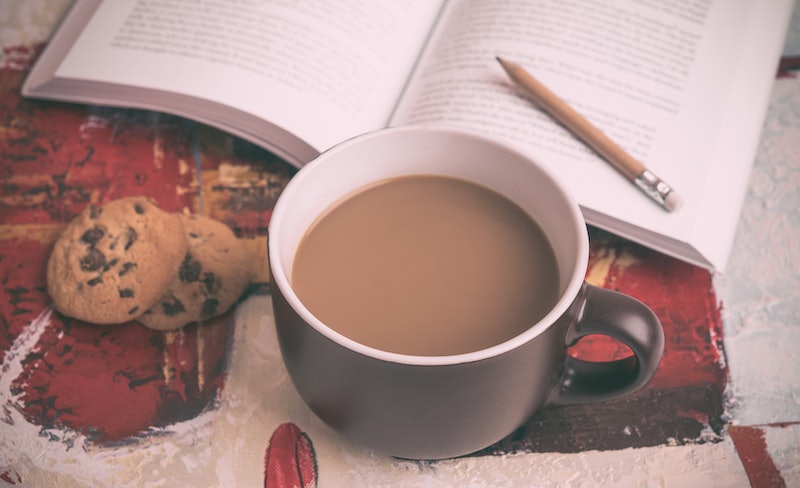 New year, new you, new crop of YA books to add to your reading list. And January 2016, thankfully, has so many books that can start your reading year out right. If you're completing a reading challenge this year or made a new year's resolution to join a book club, there are plenty of awesome, different young adult novels to support your cause.

This month, young adult novels can take you from a wide-scoping, time-travelling adventure down to a magnifying glass on a harrowing 54 minutes in one high school. There is magic and fantastical epic journeys, and there are quiet meditations on mental illness and mental thought in general. We go from Antarctica to Jerusalem to London back in 1812. There are victims of alien abductions, very proper demon slayers, witches, black sheep queens, ballerinas, refugees, and more than one time-travelling teenager.

Some pretty amazing YA writers are back this January to kick off the new year in an exciting way, and then there are newcomers who are ready to make their name in the YA game. Basically no matter who you are or what you like to read, you can find something (or several somethings) to add to your fresh TBR list for 2016. Trust me, these 13 best books of January 2016 are a great place to start.

1. This Is Where It Ends by Marieke Nijkamp (Jan. 5; Sourcebooks Fire)

This Is Where It Ends is a horrifying minute-by-minute account of an all-too-familiar story: a school shooting. Four students tell the story of the shooting and their relationship with Tyler, the shooter, in their own first-person accounts, which puts the reader face-to-face with the fear and tragedy. Needless to say the novel is gut-wrenching but necessary.

If you're a fantasy fan, I'd trust that Truthwitch is already triple circled on your calendar. Susan Dennard's tale of Safi and Iseult, a Truthwitch and a Threadwitch, is one of the most anticipated magical epics of the year. Titular Truthwitches can magically discern the truth from a lie. Threadwitches can see the invisible ties that bind people together. War is coming to the Witchlands, and Safi and her fellow Truthwitches might be the most important spoils of battle.

Music, time-travel, and a sea-faring adventure all rolled into one? Sign me up. Add in the history, family tensions, and romance and you have everything you could ever want in a novel. Violinist Etta Spencer unexpectedly jumps to a ship in 1776, where she meets biracial former slave Nicholas. She learns that she inherited a time-travelling legacy, and she must embark on an adventure to find her mother who is hidden somewhere in the world, and in time.

Elli takes being the black sheep of the family to another level. The 16-year-old was raised in luxury as the heir apparent to the Valtia, a queen who controls the fire and the ice magic. But when she takes over, the queen's powers don't transfer to her as they are intended to. She flees to the outskirts of town under the threat of death where only criminals and the banished live, where she has to learn what her life should be and what the prophecies had right and had wrong. If you're in for a passionate, magical adventure, put this one on your TBR. And don't worry, there are more to come in the series.

If your YA fandom leans toward the gritty contemporary side, you'll need Thicker Than Water this month. Cecelia Price has been locked up and is in treatment, accused of killing her brother. Except, Cece knows there's far more story to the truth. Her brother Cyrus was a violent drug-abuser, and to help him (and help save for college), Cece starts selling drugs to keep the pills out of the house. Fiore's story is intense, and it realistically depicts grief, guilt, and the harrowing ordeal that is drug addiction.

You didn't read this wrong; the goddess Marilyn Nelson has a new novel — and it's in her signature stunning verse. Sure it swings closer to middle grade, but you aren't going to want to miss this one. Connor always believed that he was of Irish- and Italian-American descent, but when his grandmother dies, he finds out that not only is his father not his birth father, but his birth father is a pilot, and is black. It's a quietly powerful story about race, ignorance, and identity from a poetry master.

7. We Are The Ants by Shaun David Hutchinson (Jan. 19; Simon Pulse)

The Five Stages of Andrew Brawley was a YA game-changer, and so now all eyes are on Shaun David Hutchinson on what he does next. Thankfully, what he does next is the sarcastic, poignant, and totally unique We Are The Ants. The new novel is unlike any alien story you have ever read. After year by year goes by of Harry Denton being occasionally abducted by aliens, the aliens give him a final choice: Press a button or the world will end in 144 days. With a difficult life — his grandmother is drowning amid Alzheimer's, his boyfriend committed suicide, his mother struggles as a waitress to make ends meet, and his brother is a dropout — he's just not sure he wants to keep the world alive.

8. Up to This Pointe by Jennifer Longo (Jan. 19; Random House Books for Young Readers)

Jennifer Longo positively charmed me with 2014's Six Feet Over It , and so of course when she comes out with her sophomore novel, we're paying attention. Bonus: The cover was designed by the kickbutt Noelle Stevenson, so I'm going to go ahead and judge awesome by the cover. Up to This Pointe follows lifelong ballerina Harper and the wild decision she makes after she finds her future in question. Harper is related to Robert Falcon Scott, the explorer who died on the way to the South Pole, so Harper ventures in his footsteps to Antarctica to figure out a new future for this new vision of herself in the world.

First published last year, Lilas Taha's moving story Bitter Almonds finally makes its way to the U.S., and it couldn't be at a more appropriate time. The story chronicles the lives of Palestinian exiles in Damascus looking back to 1948 Jerusalem and extending over two decades. In particular Taha tells us about Omar and Nadia, a Palestinian orphan and a young refugee in Damascus, respectively. And because Taha grew up in Kuwait to a Syrian mother and a Palestinian father, exile is part of her own history and she keenly understands the tragedy, sadness, and pieces of hope that come along with it.

Lit lovers, take note, particularly if you're a big fan of classic crime stories. The Mystery of Hollow Places centers on teenager Imogene Scott, whose father is a famous writer of medical mystery novels. When Imogene's father goes missing, she uses all the skills she picked up from a lifetime of reading his books to go out in search. Bottom line: You're going to love Imogene, who is whip-smart, brave, tough, and realistic, too.

Get ready: Alison Goodman has a new project and it is epic. It's London 1812 like you've never seen it: with demonic creatures and their slayers. Lady Helen Wrexhall takes the Buffy-esque role in The Dark Days Club; she has Reclaimer powers, and she's one of the only humans who can fight off the demons with a bloodlust and a lust lust. But in the proper days of Regency era, Helen has to fight between two sides of herself as a proper lady and a kickbutt slayer. Feminists swoon!

The Memory of Light centers on the recovery of a suicide attempt, and because it's based on the author's own struggle with depression it's hauntingly profound. Teenage Vicky Cruz wakes up in a hospital mental ward after her failed suicide, and we follow along with her as she works to reconsider her life. Together with the other people in her suicide support group — who are unlike any other people Vicky would meet in the "outside" world — we experience Vicky's funny, sad, and difficult thoughts.

Natalie Cleary starts to stutter into time-travelling, catching glimpses and starts of another time before her whole town disappears entirely. This seems to be related to a familiar hallucination Natalie has: a "Grandmother" apparition who tells her Native American stories and talks about creation. Now, in this seemingly alternate reality, the Grandmother warns Natalie that she only has three months to "save him." The next night, Natalie meets Beau, and the world seems to vanish around them as they fall in love. It's not just a love story, but a tale of Natalie struggling with her Native American heritage and identity.

More like this
We’ve Entered The Hot Boy Reader Era
By Samantha Leach
Jessica Simpson On The Time She Was Pursued By A Backstreet Boy & An *NSYNC Member
By The Editors
Netflix Shut Down 'Bridgerton' S3 Rumours About A “Very Dark” Storyline
By Bustle
Here’s Your Daily Horoscope For January 31, 2023
By Mecca Woods
Get Even More From Bustle — Sign Up For The Newsletter
From hair trends to relationship advice, our daily newsletter has everything you need to sound like a person who’s on TikTok, even if you aren’t.