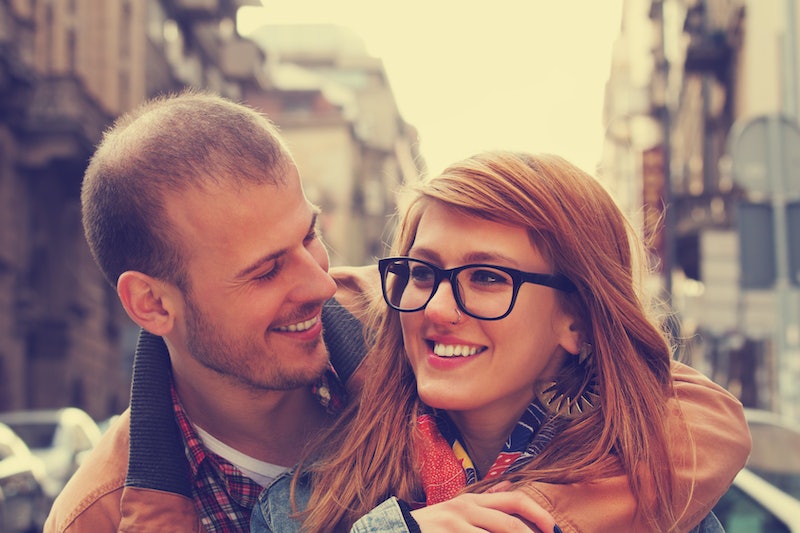 Dating is sort of like working out, and just like you can work out more efficiently, you can get better at dating. When you first start doing it, it can feel really exciting: I'm doing something new! It's fun! I'm changing things up! Look at me! But then it often starts feeling like a lot of work: Really, on this blustery Tuesday night, I'm expected to go out into the world? And put on clothes? And not watch TV? But then, after time goes by, dating can start feeling OK. Like exercise, it takes practice — and when you've put in some time, you're better equipped for whatever comes.

I asked six relationship experts for practical tips to become a savvier, smarter, more confident dater — though confidence isn't necessarily the key. One study found that insecure people have a better chance at landing a date, because they're more attentive to what the other person might want in the moment. But ultimately, confidence helps: After a while, insecurity might lead to other problems in a relationship. No matter if you tend to be confident, insecure, or fall somewhere in the middle of the spectrum, here are 13 tips to help you become a better dater.

1. Think Of Dating As A Social Club

Instead of looking at a first date as dragging yourself out into the world to meet some stupid stranger, think of it as a social club, suggests clinical hypnotherapist, author and educator Rachel Astarte. "We can be better daters when we take the pressure off," she tells Bustle. "Go on dates as though you are meeting new, interesting people. Forget the goal of finding 'The One.' Look at dating as a way to connect to like-minded people," says Astarte, who offers transformational coaching for individuals and couples at Healing Arts New York. "Even if a romantic relationship isn't in the cards, you may find a pretty cool friend."

2. Be A Sparkling Conversationalist

Don't just sit back and inwardly roll your eyes at your date. "Participate fully in conversations," relationship coach Melinda Carver tells Bustle. "This means to speak for a minute or two, and then give the other person an opportunity to respond." And don't dominate the conversation. "Do not monopolize conversations," she says. "Simple courtesies do go a long way in making yourself shine around others."

3. Stay Out Of Your Head

A cardinal rule of dating: "Don't overanalyze texts," Stefanie Safran, Chicago's "Introductionista" and founder of Stef and the City, tells Bustle. "There is a reason we need to talk and spend time with people in person: We get to know them," she says. "Don't spend too much time 'writing' a relationship — focus on actually having one." Don't put a great deal of effort into each message; bat a few back and forth, and then "make actual plans or move on to someone who will," Safran says.

It's best to find some clarity around your desires before you drop headfirst into the dating pool, Tina Tessina, psychotherapist and author of Love Styles: How to Celebrate Your Differences, tells Bustle. "Know what you want," she says. "If you want a relationship, don't set yourself up for sex and nothing more." In other words, don't just settle for the first person who asks you out. Tessina, AKA Dr. Romance, encourages the process of "shopping around": "Don't stay focused on one person until you've given yourself a choice," she says.

5. Get Your Affirmation On

"Personal development is the key to success in dating — and in life," relationship trainer Daniel Amis tells Bustle. "Mindset mastery is very important," he says. "Read positive affirmations — and believe that you''ll attract to you the right person." Once you've picked your mantra(s) and gotten your head right, "understand that it's a number game," the author of Unbreakable Love: Proven Methods For Developing a Stronger, More Satisfying Relationship In Just 30 Days advises. "You have to kiss a few frogs before you meet your prince or princess."

Speaking of frogs: Being "able to handle bad dates" is vital, says Safran, "as there will probably be more bad ones than good ones." As you play the numbers game, be ready to meet some duds. "Since we can go out with so many people these days, more people who make great 'horrible date stories' will come through. Don't get discouraged, get focused on the end goal," she says.

"Lighten up," relationship coach and psychic medium Cindi Sansone-Braff, author of Why Good People Can't Leave Bad Relationships, tells Bustle. "Laugh a lot. Smile and get out of your own way. Don't look at every date like it's an execution, or go in with the mindset that your whole life depended on the outcome of this date." Instead, just show up and have fun, and try to keep expectations completely out of the equation.

"Tell the truth," advises Tessina. That includes all fronts, adds Safran: "Be honest about your weight or height," she says. That said, you don't have to divulge every detail about yourself as soon as you greet your date, says Tessina. "Don't lie, but also don't share too much too soon," she says. "You don't need to tell your date your whole history, or even talk about other dates if you two have no agreement about exclusivity." When in doubt, though, tell the truth: "If you want to start on the right foot, be honest," says Safran.

Here's a smart one I haven't heard before: Check your selfishness at the door. "Think about the other person, and try to make him or her feel at ease," says Sansone-Braff. "Go on each date with a positive attitude and with hopes of having fun," she says. "If it turns out to be a total disaster, you can laugh about it later, knowing you really can't make this stuff up."

"One of the most important things to start with is a good attitude," says Carver. "If you are sullen, angry, bitter or jealous, these attitudes will get in your way and sabotage you." This should go without saying, but in case it applies to you: "People do not want to be around nasty, belligerent people," she says. "Change your attitude. It changes your energy and will help you in attracting others."

There's no reason to go out with someone all day every day. "Take breaks when you need them," says Safran. "The best daters, and the most successful ones I work with, are people who are honest when they aren't in the right mindset because of work issues, personal issues or just need to recharge." If today is not your day, don't go rushing out the door to meet someone who might be a great match for you next week, when you're back in the groove. "If you feel good about yourself, you are more likely to come across better and meet the right partners for you," Safran says.

"Smile and be approachable when you do go out," says Carver. "A smile says that you are a positive, open person. It's a signal to others that you are friendly." Even if you're out with friends, this might help someone want to talk to you, she says. "When you sit with a frown or a pout on your face, it turns off those that you are interested in."

13. Be OK With Rejection

It's a given: Everyone you meet is not going to be dying for a second date. "Allow yourself to be rejected," says Safran. "Most of the people you are going to meet are not going to be the right ones, so be OK with being rejected." The same goes for you: It's totally fine, and actually preferable, to reject someone — in a nice way, obviously. "Dust yourself off and get back in the game when this happens," she says.