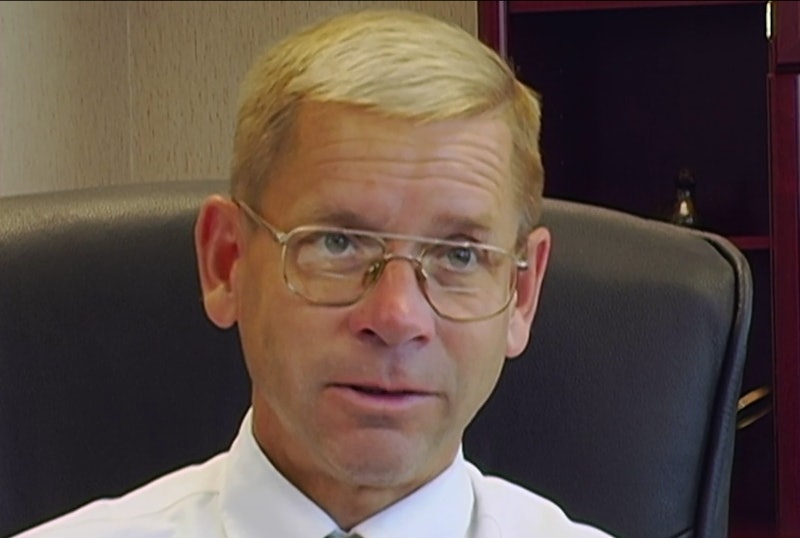 After watching Netflix's Making a Murderer, I feel that if I am ever in need of a defense lawyer, I'd want Steven Avery's team of Dean Strang and Jerry Buting. But it's a different story when it comes to Len Kachinsky, the lawyer for Avery's nephew, Brendan Dassey. Making a Murderer covers Avery's wrongful conviction and 18-year imprisonment for a sexual assault which DNA evidence later revealed he didn't commit, and how he was then convicted of murder just a few years after his release. However, the later conviction didn't just include Avery. Dassey was also convicted after confessing to helping with the crime in March 2006 (which he later recanted during his trial in April 2007). During the first stages of his trial, Dassey was given public defender Len Kachinsky, and it didn't go well for all parties involved.

Viewers should always take into consideration that documentaries and docuseries have a certain agenda, but while watching Making a Murderer, I found it difficult to watch the court proceedings and not get emotional. As the documentary tells it, way before Dassey confessed and was assigned Kachinsky as legal counsel, Avery had already been arrested for the murder of Teresa Halbach in November 2005. Months later, Dassey — a 16-year-old high school student — claimed to have sexually assaulted Halbach and slit her throat at the instruction of his uncle.

Dassey's cousin Kayla had told police in March that he was acting strangely, crying a lot and losing weight, so investigators visited his school to question him. It was then that Dassey gave his original alleged confession. (These were allegations Avery never corroborated, and which Dassey later recanted in April 2007.)

Dassey's alleged confession was taped in March 2006, and he never accused the investigators of coercing him during his actual trial. However, viewers of the documentary got to hear a taped phone conversation with his mom from shortly after his 2006 arrest. In it, he claimed, "They [the investigators] got in my head." The sheriff's department maintained that it did nothing wrong in its 2006 interviews with the documentary team and during Dassey's 2007 trial, on the grounds that Dassey had voluntarily waived his Miranda rights (like the right to have an attorney present during questioning, and the right not to answer questions).

After his 2006 arrest, the public defender's office called upon Kachinsky to represent Dassey. In Making a Murderer, Kachinsky is shown saying, "I just came in third in a primary for circuit judge in Winnebago County. It was kind of a bruising experience, as politics can be, and I got a call from the public defender's office about 10 days after the primary to represent Mr Dassey. Of course, that had been all over the news."

While Kachinsky has not addressed the documentary itself since its release, he did post to his law firm's Facebook page, defending his legal work for Dassey. That post has since been deleted, but Kachinsky also sent the same statement to Bustle, so it reads in full below. (Bustle also reached out to Kachinsky about the post deletion and has not yet heard back.)

See Court of Appeals decision of January 30, 2013 posted on our Facebook which states: The decision of the Court of Appeals on January 30, 2013 in Case No. 10 AP 1305 included the following remarks:¶11 Dassey draws no viable link between Kachinsky’s actions and any demonstrable detriment to him. While Dassey contends that at least as of April 23, 2006, Kachinsky and O’Kelly began planning to gather evidence favorable to the State and to extract a confession from him against his will, he identifies no“adverse effect” at the May 4 suppression hearing. Kachinsky testified at the Machner hearing that he hoped to get the best deal he could for Dassey and that,knowing Dassey’s family was pressuring him, he mentioned the possibility of a plea to the media to “send a message” to them that Dassey might have to “take a legal option that they don’t like.” He also concluded that Dassey was properly Mirandized before the March 1 questioning; the trial court agreed and successor counsel likewise saw no meritorious Miranda issue. ....¶13 Kachinsky was long gone before Dassey’s trial or sentencing.Dassey has not convinced us that Kachinsky’s actions amounted to an actual conflict and that Kachinsky’s advocacy was adversely affected, such that it was detrimental to Dassey’s interests. He is not entitled to a new trial or hearing.

Dassey's multiple accounts of the events leading up to Halbach's death are confusing. The series does refer to Dassey being in some special education classes in school, and Avery's lawyer Strang said that Dassey was a "learning-disabled 16-year-old." Making a Murderer also relays Dassey's claim that he was bullied by the investigators (after being interviewed multiple times alone, without a lawyer or his mother present) and then also by Kachinsky's investigator, O'Kelly. On the show, the department rebuts that they were simply trying to break down Dassey's barriers to get to the heart of what he was saying; not bullying him.

Dassey's mother (Avery's sister), Barb Tadych, spoke to him on the phone in 2006 while he was in jail, and viewers of the documentary can listen to her saying to him, "Your attorney believes you did it ... He wants to put you away, Brendan."

In the series, Kachinsky claims that Dassey was intimidated by his mother, saying that she had "the attitude of a pit bull." Viewers see that when Kachinsky wanted Dassey to take a plea bargain, Tadych decided that her son should get a new lawyer. "I'm getting rid of Len for the simple reason that he's not helping my son," she told the cameras. The judge, Judge Jerome Fox, denied the motion in May 2006.

Later, in June 2006, at the behest of his mother, Dassey wrote a letter to Judge Fox claiming that he was not part of any murder. Making a Murderer shows Kachinsky saying shortly thereafter that this move was "dumb," and mocking Dassey's inclusion of "P.S. Me and my mom think you are a good judge. Thank you for your time."

Judge Fox did dismiss Kachinsky as Dassey's lawyer in August 2006, after he learned that Kachinsky allowed Dassey to be interrogated alone by investigator O'Kelly.

Kachinsky's involvement with Dassey's case didn't end there. In 2009, he was called to testify in a case Dassey's new lawyers filed to attempt to prove that Dassey's previous legal representation was inadequate, and that their client deserved a retrial. Steven Drizin, Robert Dvorak, and Laura Nirider were Dassey's post-conviction lawyers, and Nirirder claimed on the show that that back in 2006, Kachinsky had "violated his duty of loyalty to Brendan" and "took steps to essentially coerce Brendan into pleading guilty."

Kachinsky addressed the accusations on his law firm's Facebook page on Monday, Dec. 21, 2015. In the post, he cited his testimony from the 2013 Court of Appeals decision to dismiss Dassey's request for a retrial. Judge Fox denied Dassey's that motion for a new trial in 2013.

Throughout the trial, Kachinsky stood by his actions in Dassey's case, telling The Post-Crescent in 2006 that when Dassey was supposedly interviewed alone (the inciting incident that led to Kachinsky's removal from the case), there was an investigator from his office there, and that he (Kachinsky) was available on the telephone. However, after his dismissal, Kachinsky told reporters, "I wouldn't do it over again because [laughing] because of all this."

As of Dec. 23, 2015 when this article was published, Kachinsky was still an active defense lawyer for Sission & Kachinsky Law Offices in Appleton, Wisconsin, and in his biography on his law office's website, he wrote "I take seriously 'innocent until proven guilty.'" His bio has since been taken down. Kachinsky has not yet responded to Bustle's request for comment on the matter.

More like this
Don Crowder Successfully Defended Candy Montgomery, But His Story Ended In Tragedy
By Gretchen Smail
All The Theories About Kathleen Peterson’s Death
By Morgan Leigh Davies
Justin Timberlake’s ‘Candy’ Character Really Investigated Betty Gore’s Killing
By Brad Witter
Where Is Allan Gore Now? The ‘Candy’ Subject Moved On Shortly After Betty’s Death
By Gretchen Smail
Get Even More From Bustle — Sign Up For The Newsletter