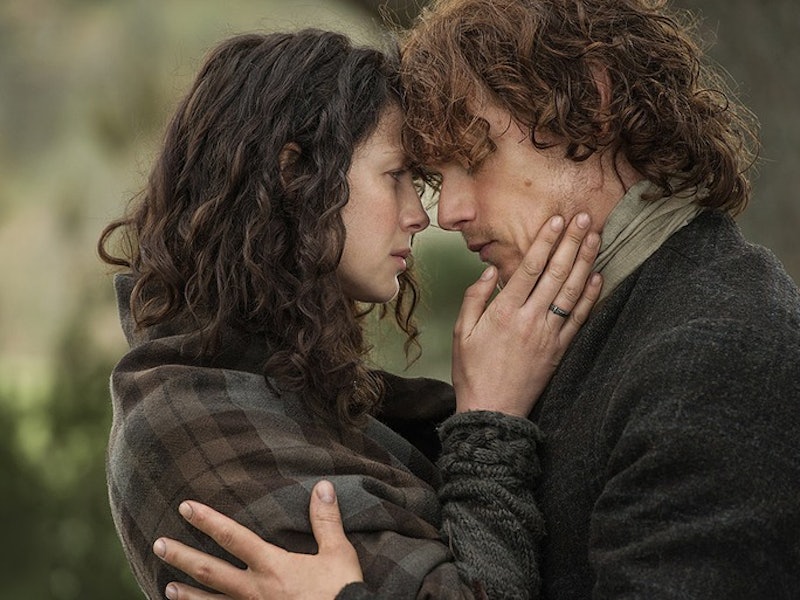 One of the greatest things TV offers the world is fictional couples to become overly invested in. Every year brings with it a slew of new ships designed to give you all the feels, and 2015 was no different. For me, 15 TV ships owned 2015. These couples went to hell and back for each other: they traveled through time, they balanced superhero duties with domesticity, and they faced everything from depression to illness together. The one thing they all had in common is that they made my heart beat faster every time they appeared on-screen.

Any TV fan will tell you shipping is exhausting and often a thankless task. The emotional ups and downs are real and ever present, and there is always a chance of heartbreak, but oh, the journey hurts so good. I must admit I lost a few ships along the way in 2015 — sorry, Mindy and Danny, I'm just not feeling you guys anymore — but I gained twice as many in the process. Singling out just 15 romantic relationships pains me, but it must be done. The ships on this list made me feel more, squee louder, and swoon harder than any others. For me, these TV ships were 2015.

I hate ship names, but just like everything else about Felicity and Oliver, Olicity is too darling to resist. The superhero and the tech genius stole my heart and soul as they embarked on a relationship that involved domestic bliss in the suburbs, the most beautiful pillow talk scene of all-time, and an engagement that was perfect until that thing happened that made me cry for a week.

This is a couple who did nothing in moderation. They had the sexiest sex and the most brutal fights. They understood each other's pain, but they also knew exactly how to cut the other person deep enough to make them bleed. A happy ending wasn't in the cards (at least not yet), but I'll always have that time they broke Jessica's bed.

Gah, these two render me speechless. Whether they are fighting, exchanging smoldering looks, or having all the sex these two are so made for each other time itself bent to make them happen. That doesn't mean they can't rip your heart to shreds though — Claire's "I won't leave without you" is still haunting my dreams.

Watching these two is exquisite torture. First they decide to finally go on a date and Simmons gets sucked through a portal to another world. Fitz gets her back and it turns out she kind of fell for another guy. But there was also one perfect kiss... I can't even with these two beautiful human beings.

From the moment Demelza appeared onscreen, it was clear she and Poldark were going to fall in love, class divide be damned. Watching it happen was as close to a perfect viewing experience as I have ever had.

Young love has never been so sweet. From first dances, perfect kisses, and the impending heartbreak of Connor moving away so he can fully be himself without the judgment of his father, these teens had one of TV's most open and honest relationships.

Hook pulled Emma back from the darkness and if that doesn't make you melt, I don't know what will. The real kicker is now Emma may have to defeat death itself to get Hook back, but if any couple can survive an untimely demise and live to tell the tale, it's these two.

Dev and Rachel got each other's jokes, they challenged each other, and they also broke each other's hearts. Their journey was full of false starts, but when they were together, they soared.

9. Connor & Oliver, How To Get Away With Murder

These two have become the best reason to watch HTGAWM. What started as a hook-up of convenience has become a solid, loving relationship and pretty much the only thing that makes sense in Connor's life.

These two people who wanted to believe they weren't capable of falling in love weathered an emotional storm together. In the process, Jimmy made me finally see the appeal of Draco Malfoy.

Sorry, Team Michael, but Jane and Rafael owned 2015 with their adorable parenting and ability to look at each other like they are each the most amazing person in the world in the other one's eyes.

The award for most adorable and most tragic love story of the year goes to two zombies in love. Together they learned the undead deserve love too, and there was some seriously cute dancing. They may not have been together long, but they left a lasting impression.

This was the year Damon and Elena's relationship came to a pause, but everything leading up to her long sleep was so perfect they still managed to land on my list. If there is such a thing as destiny, I have a feeling it involves Damon, Elena, and a happy ending.

These boys absolutely broke me in 2015. Mickey tried so hard to help Ian come to terms with his bipolar disorder, but life just kept pulling them apart. Loving each other wasn't enough to keep them together in the end, but they had one beautiful arc.

These two make finding love in the time of the zombie apocalypse look so easy. Their relationship just keeps getting stronger and more complicated (I'm very much looking forward to seeing these two with a kid). They are the beating heart of The Walking Dead.