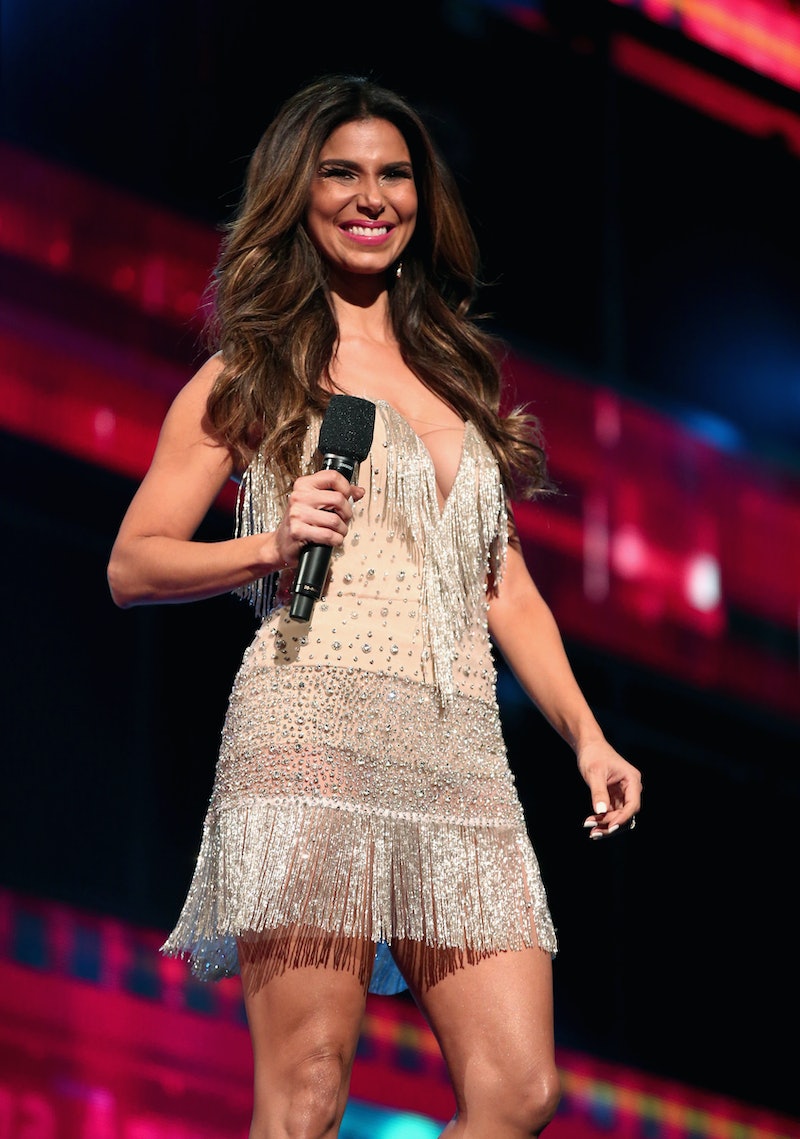 To host a contest like the Miss Universe pageant, you have to be fun, charismatic, and keep the competition rolling along. Some parts of the show, like the talent portion and bikini section, are boring and/or silly, and the host of the show has to be captivating enough to keep people entertained. Steve Harvey may be hosting the 2015 Miss Universe Awards, but there’s another familiar face to viewers of the Miss USA, Miss Teen USA, and Miss Universe pageants taking up your screens—Roselyn Sanchez. No offense to Steve Harvey, but her wardrobe is a hell of a lot better (though I do love those sparkling shoes, Steve). Let’s learn a little bit more about her — who is Miss Universe co-host Roselyn Sanchez?

According to her IMDB profile, Sanchez got her start, as many actresses do, on a soap opera — As The World Turns, to be exact. After playing Pilar Domingo for a year, Sanchez got — and stayed — busy, earning roles on television shows like the Dragnet reboot, Royal Pains, Without A Trace (she played Elena Delgado for five years), and Rizzoli & Isles. She can currently be seen starring as Carmen Luna on the very popular Lifetime series Devious Maids.

As mentioned before, Sanchez is no stranger to the Miss USA and Miss Universe stages. Though she stepped down as co-host of the 2015 Miss USA Awards due to Donald Trump’s inflammatory comments about Mexicans and other Latinos and how they are “rapists” and drug dealers. As a proud Puerto Rican, Sanchez released a statement resigning from the show, saying, “Although I am not Mexican, I am Puerto Rican and a proud Latina, and [Trump’s] comments were an insult to our culture. I won't sponsor anything produced by Donald Trump.” Luckily for her, Trump sold ownership of the competition to WME/IMG, and she can once again proudly appear on the Miss Universe stage.

More like this
What’s New On Netflix: 'Stranger Things' & 'Somebody Feed Phil' Return
By Arya Roshanian
What’s New On Netflix: A Victoria Justice Rom-Com & The Return Of David Letterman
By Arya Roshanian
Kendall Jenner Isn’t Ready To Have A Baby Amid Her Mom’s Wishes
By Jake Viswanath
Kim Kardashian Reacts To Kanye West’s Diss Song “Eazy” On 'The Kardashians'
By Jake Viswanath
Get Even More From Bustle — Sign Up For The Newsletter