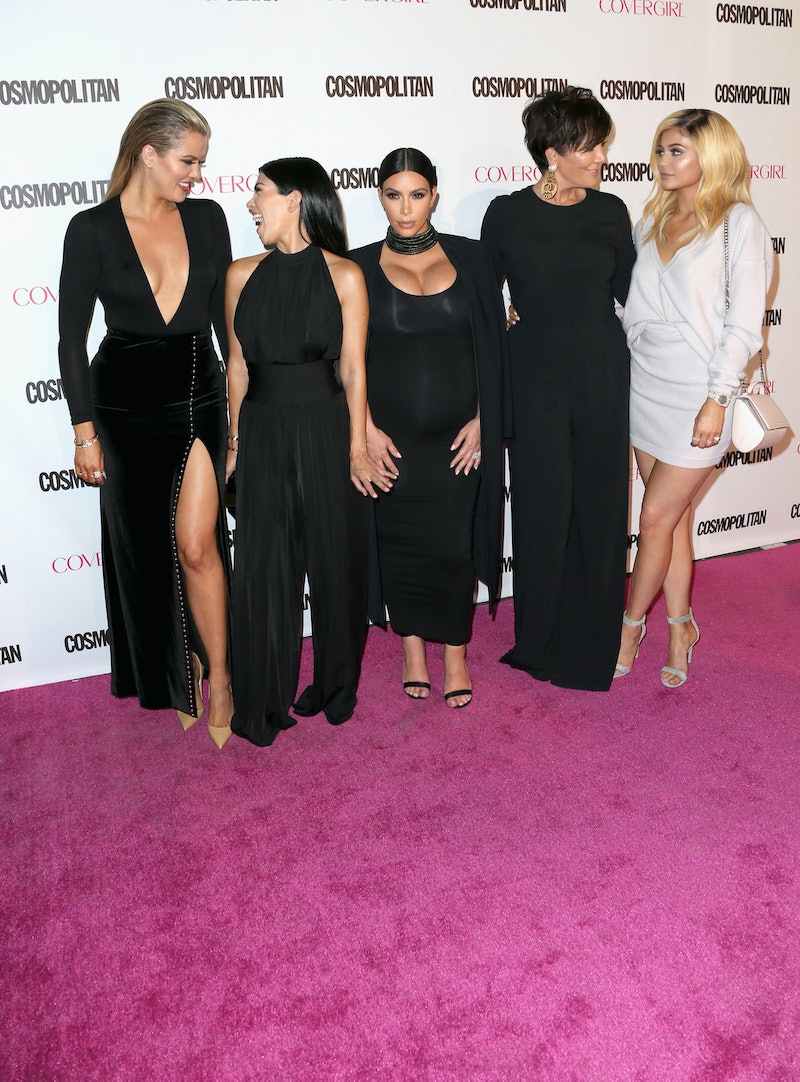 The Kardashians don't do anything in a schleppy or schlubby way. That includes working out. Seriously. The Kardashians have unique workout wear styles because of course they do. Each sister rocks her own carefully curated look while working out and it's reflective of her street style and vibe, too. You can stalk each sisters' personal style via her individual app, with Kourtney Kardashian recently launching her app, saving hers for last.

But there were no "I don't care what I look like" sweats here!

Just this past weekend, three of the five sisters posted photos of themselves engaging in some sort of physical activity on their own Instagram. I quickly noticed that they all do different activities and dress very specifically for said behaviors.

I think working out is boring — instead of joining a gym, I walk dogs at my local animal shelter every weekend and it's like having a bunch of awesome exercise buddies— and I would think the Kardashians would get through tedious workouts together.

It turns out that some of them do, actually. But they also put some thought into their exercise ensembles.

Kylie Jenner and Kourtney Kardashian teamed up while toning their curvy bodies. I call them the Kris Jenner "bookends," as they are her baby and her eldest, respectively.

"Kourtlie" have been twinning a bit in 2015 and their workout gear is the most similar, consisting of crop tops and leggings. It's common exercise attire and it doesn't drift too far from Jenner's usual street style uniform of crop tops and tight pants!

But exercise attire is not always so common for the mother-of-three. Kardashian wore a gold lame swimsuit, black slides, and bright coral lipstick while on a bike in an exotic locale. In this case, the fam was on vacay in St. Barts and she looked the part. This was a glam-o-rama exercise endeavor. Kourt does pepper her Insa feed with lots of scorching pics of her in bikinis, so there's that.

Khloe Kardashian copped her little sister Kylie's signature pose with the mirror selfie during what she deemed a "late night sweat sesh." Yeah, well, she was wearing a long-sleeved top and cammo leggings with her sassy lob; the fact that she covered up completely in clingy clothes was likely to generate some more sweat. Koko looked fab; those nails, though. How do you exercise properly with daggers?

This is how Kendall Jenner maintains her physique... by strutting those runways. I've left Kim Kardashian out of this discussion, until now, because she is busy nurturing and nesting with her newborn son Saint!

The sisters' styles remain in tact even when in workout mode.