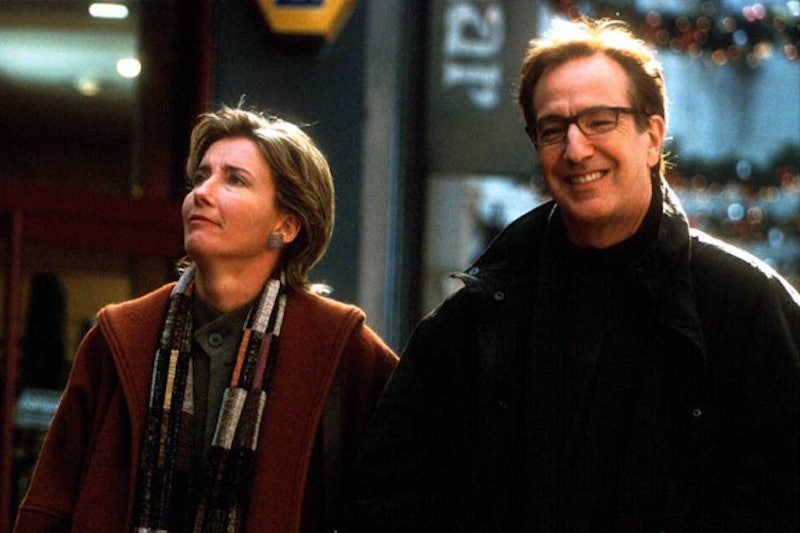 Two years ago, something peculiar happened. The film Love Actually accumulated more Internet searches in 2013 than any other year since its release, according to iQuanti, a data-driven digital marketing company. It reports, "Love Actually has periodically peaked in search interest in December of each year." This makes complete sense, as a Christmas movie will garner a lot of searching and discussion in the Christmas month — one could use that principal to determine that most horror movies tend to be most popular during October. But, in December of 2013, the film garnered a whopping 550,000 searches, the highest it hit before and since. So, what about 2013 made Love Actually so popular?

The easiest and most obvious answer is that 2013 brought about the 10-year anniversary of the film, however, there are far more factors at play than that. 2013 ended up being something of a perfect storm for Love Actually's resurgence in popularity. Not only did the film's stars have very good 2013s, but the anniversary led to a great deal of discussion — and even controversy — regarding the legacy that the film has left behind. Here are all the factors that led to 2013 being a peak year for the film.

With an ensemble cast as strong as Love Actually, it was likely that even some of the smaller names in the film were going to go on to become huge stars. However, I don't think even director Richard Curtis himself could have predicted just how accomplished his cast would end up being. Many actors who got some of their earliest roles in Love Actually spent the following decade landing some amazing film and television roles.

With a lot of these actors having peak years, it makes sense that this early-in-their-careers film would be searched frequently in 2013.

The Great Love Actually Debate of 2013

Many publications use anniversaries to look back on the legacy of a piece of media, be it film or music album or television show. When Love Actually's 10th anniversary came around, however, its retrospective wasn't an entirely positive one. An article by film critic Christopher Orr that ran in The Atlantic on December 6, 2013 claimed that the film "is emphatically, almost shockingly, anti -romantic." Orr's lengthy take-down of the film inspired a great deal of articles in response to his criticism — it seemed as though many publications' pieces about the article got shared on social media and 2013 was no longer a celebration of the film, but a discussion on whether the film deserves its legacy.

While the "Is Love Actually a good movie?" debate rages on to this day, with valid arguments on either side, that fire never burned brighter than it did in December of 2013. Perhaps by the time its 20th anniversary comes around in 2023, people's thinking will shift to believing the film is wholly unredeemable, only for someone to write a think-piece for a prestigious publication claiming otherwise. Until then, get the tissues ready because chances are you'll be watching the film sometime this holiday season — and no matter what anyone says that Joni Mitchell scene still packs a punch.