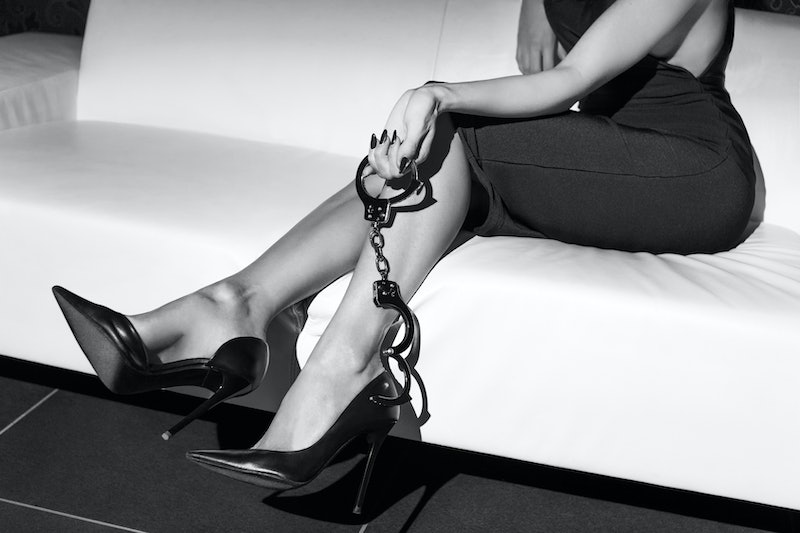 So I don’t think it’s any secret that a lot of people are into the idea of getting a little rough in bed, right? Kinky sex play used to belong solely to the sexual underground, but the past few years have seen it seeping more and more into the mainstream. From the much-maligned but still astronomically popular 50 Shades of Grey franchise to a study from the University of Montreal that found that the majority of women are interested in some kind of sexual submission fantasy, it looks like interest in kinky play is here to stay.

Whether you have 20 years of experience like Miette or under a decade, like Katie, the first thing that everyone says is that you can’t have kinky play without communication. Everything from what you’re into to what you’re not into to what you think could be potential negative triggers for you needs to be discussed before any whips and chains are even within sight. And this kind of communication needs to happen every time so that you can be sure that everyone involved is protected and safe.

“It seems obvious, but it is an often missed step in some part or another, or excitement builds and you try something not negotiated,” Miette tells Bustle. “It is often called ‘in-scene negotiation' and for beginners is really considered a no-no as it can really end up causing a lot of problems.”

So, negotiate beforehand what’s about to unfold and stick to the script. Leave the improvisation to the experts.

4. Seek Out A Community In Your Town

When you’re ready to take your interest from the research level to actual play, seek out a community where you live. (Or, if you’re in a small town, the nearest metropolis.) Katie recommends FetLife as a great resource for easily finding educational events and munches, which is what play-free social events for kinksters who want to get to know each other in a low-pressure environment are called. She also suggests that you go to your first event with someone who’s already in the scene.

“I took my partner's 18-year-old girlfriend to her first munch,” Katie tells Bustle. “It helps you to look less like fresh meat and also they can introduce you to folks.”

“Generally the easiest and most universal safe words are ‘yellow,’ ‘red,’ and ‘safeword’ (as the safeword),” Miette says. “Yellow is a ‘Hey, let's take pause… It might be to intense and I need a slow down or my arm hurts, or this position sucks.’ It’s a pause to check in. Red is ‘stop.’ For most peoples private play, red and safeword are the same. However a subtle difference is ‘red’ can stop a scene, but other play may continue. ‘Safeword' generally stops all play. If in a public dungeon, ‘safeword’ is a call for anyone to come in and assist.”

Because people experience sensations differently from each other, Miette recommends establishing a check-in scale. She suggests having a standard one to 10 scale, with one representing “I don’t feel much,” five being something like “Very nice, I’m warmed up,” seven as the sweet spot that’s getting intense, and 10 being “Holy sh*t! Stop!”

Make sure that you’re both using the same scale, Miette warns, because if one of you is operating with one through five and the other is thinking one through 10, things might get hairy.

Aftercare is the term that the kink community uses for post-play or sex check-ins. Both “tops” and “bottoms” (or “dominants” and “submissives”) need aftercare, although often for slightly different reasons, as things can get really intense with kinky play.

Think of it as your cuddle and chat period, a time to wind down and give each other a softer kind of love — but just because it’s soft, doesn’t mean it’s not important. Miette advises that aftercare is super important, especially for people who are new to the scene and might be dealing with some unexpected emotions.