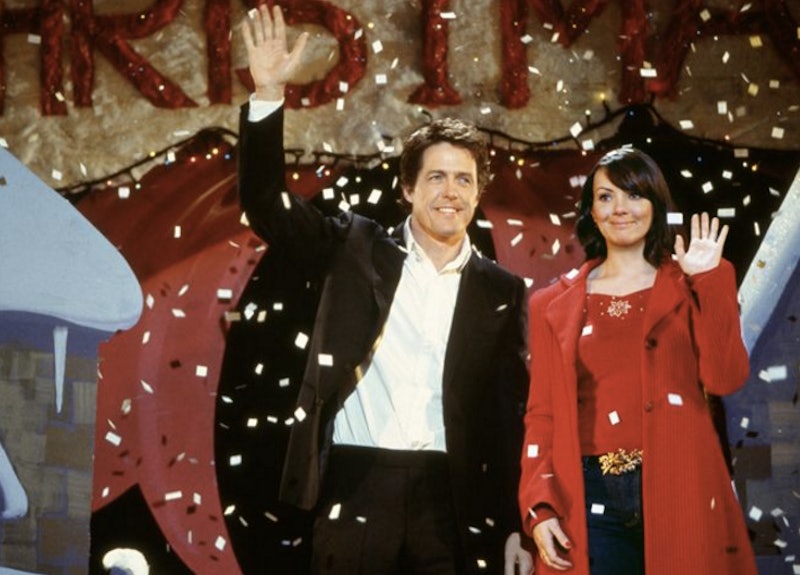 Sometimes it's hard to believe that Love Actually came out in 2003. That's 12 years ago. How is that even possible? Despite it being basically an ancient classic now in cinematic terms, there are still hoards of people who watch it religiously, year on year. One of the reasons for Love Actually's longevity, aside from having a superstar cast who have continued to rule the box office in the interim, is that it provides us with so many stories at once. And that multi-story format means that Love Actually-inspired movies have followed in the wake of the film's 2003 release.

From He's Just Not That Into You to musicals like Rock of Ages and Mamma Mia, which movies would we probably not have if Love Actually had never been released? Which actor-heavy stories and movies likely got greenlit because of the major success that Love Actually was at the box office? In terms of workload for an actor, anthology movies, or multi-story movies, are a great job to have, especially since the filming schedule is much lighter when you're one small part among many instead of the lead. It's win/win on both sides of the camera.

Let's take a look at all those other movies that are inspired by Love Actually .

The most recent movie on the list, Love The Coopers takes Love Actually's winning combination of setting a film at Christmas and following multiple independent stories which eventually tie together and overlap. But Love The Coopers has one very important thing that Love Actually doesn't — a super cute dog who narrates the whole story. It's amazing!

Crazy, Stupid, Love is a pretty amazing movie for a plethora of reasons, the most important being that Ryan Gosling shows us his perfect torso. Featuring parallel storylines, Crazy, Stupid, Love follows its multiple leads as they search for love and sex while try to win the hearts of the people they care about most. And did I mention Gosling takes his top off?

Love The Coopers also owes a lot to The Family Stone, which similarly draws together an all-star cast, and gives them all unique and interconnecting story lines. Starring Rachel McAdams, Sarah Jessica Parker, Claire Danes, Luke Wilson, Diane Keaton, and more, The Family Stone takes a leaf out of Love Actually's book, balancing rom-com-esque stories alongside completely heartbreaking ones about family and friends. A total tearjerker.

An amazing ensemble cast, including the legendary Bill Nighy who plays Billy Mack in Love Actually, The Best Exotic Marigold Hotel knits together many stories from an all-star cast, and even spawned a sequel featuring Richard Gere in 2015.

Jennifer Aniston, Ben Affleck, Ginnifer Goodwin, Drew Barrymore, Bradley Cooper, Scarlett Johansson — the list goes on! Based on the book He's Just Not That Into You, the movie explores the Sex And The City concept that, if a guy likes you, he will call — it's really that simple! The film's multi-arc structure is definitely a throw-back to Love Actually.

Talk about all-star cast. From Julia Roberts to Ashton Kutcher, everyone is in this movie. Even Taylor Swift is in Valentine's Day. The ensemble cast has never been better.

A loose follow-up to Valentine's Day, and featuring some of the same actors but in different roles, New Year's Eve examines a variety of relationships, both happy and sad, as New York City gets ready to celebrate the New Year.

The next in the series of films set of celebratory days, Mother's Day is rumored to star Julia Roberts, Jennifer Aniston, and Kate Hudson.

A sweet anthology film which functions as a love letter to the city of Paris, each segment is directed by a different director, making each strand of this movie unique.

A musical featuring multiple love stories, and an amazing performance by Meryl Streep. What more could you want?

Tom Cruise as a rock star. I'm officially in heaven. Although Rock of Ages may not be the best movie of all time, it interconnects so many stories, you're sure to be endeared by at least one of them. Probably the one in which Tom Cruise takes all of his clothes off. Just guessing.

Love Actually really is the gift that keeps on giving, and the enduring popularity of anthology films that explore life, love, and the holidays is just proof of that.