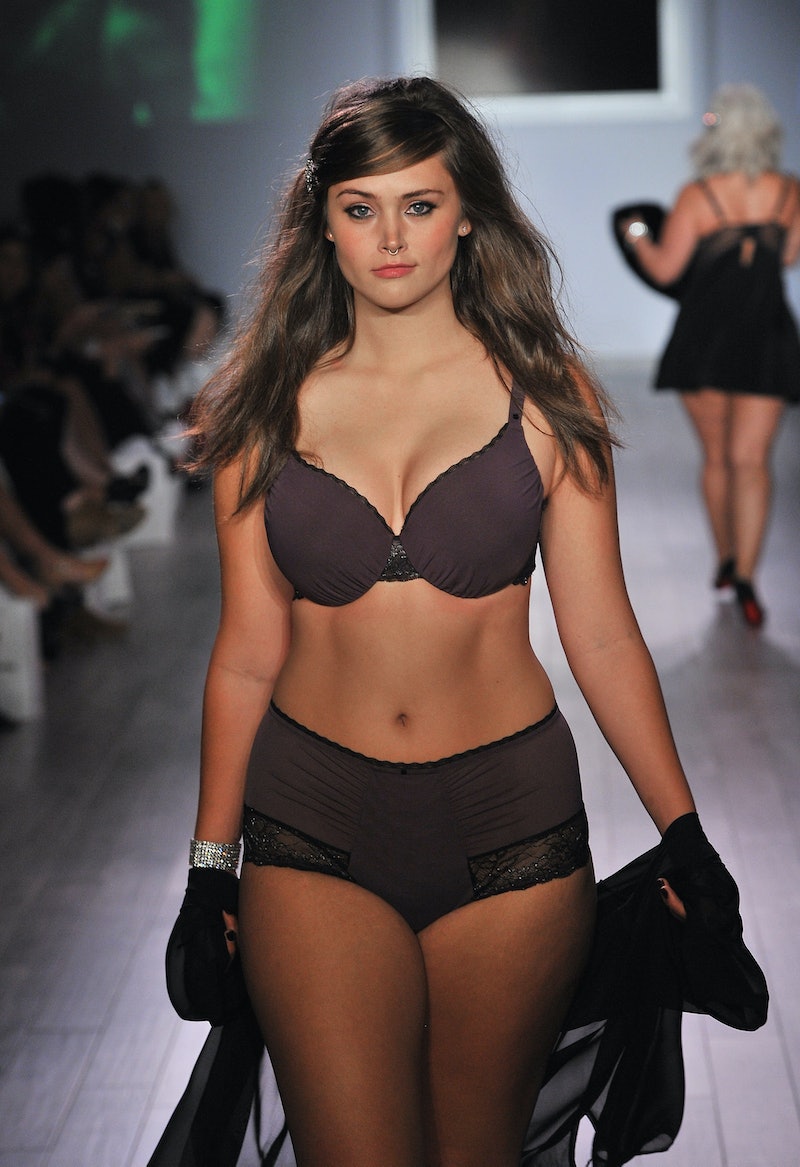 There is nothing more annoying than realizing half way through your day that the bra you're wearing is horribly uncomfortable. Unfortunately, it's not really socially acceptable to remove your bra while sitting at work, so you'll just have to power through until you can get home and take off your bra, which is one of the most liberating feelings in the world. But now that you have your bra off, you need to figure out why your bra is hurting you and how you can fix it.

Generally, you can assume that if your bra is bothering you it's either because it's too big or too small, and most likely the latter. For future prevention, I would recommend getting fitted for a bra by a professional (and sorry, but I don't think the 16-year-old part-time employee at Victoria's Secret really counts as a professional — Victoria's Secret has a reputation for inaccurate bra fittings) so you can find a bra that fits properly.

But if you don't feel like doing that, you can either learn how to measure yourself, so you can find a bra that doesn't hurt you when you wear it, or you can keep reading and figure out why your bra is hurting you and how you can fix it.

1. The Straps Dig Into Your Shoulders

If your bra straps dig into your shoulders, this probably means that the cups are too small. Try going up a cup size.

2. The Band Rises Up Your Back

If you notice that the band of your bra is often riding up your back, that's a sign that it's probably too big. Try finding a bra with a smaller band, and keep in mind that 32 doesn't have to be the smallest size. A lot of bra companies are starting to offer smaller band sizes, like a 28.

3. You're Being Stabbed By Underwire

There are two reasons this could be happening: Either the cups of your bra are too small, or your bra is worn out and the underwire has poked through. The latter happened to me once and it was terrible. Invest in a new bra.

4. You're Spilling Out Of Your Bra

This one is probably just understood, but if your breasts are spilling out over your bra or your back is bulging over the band, you should probably go up a size in the band and maybe even the cup.

5. The Cups Are Wrinkling

If the cups are wrinkling, that's a good sign that you're not filling out the cups. Go down a size.

6. The Straps Are Falling Off Your Shoulders

There are two possible reasons for this problem: The bra is old and the straps are just stretched out, or the cup size is too big. If the bra is new, I would consider trying on a smaller cup size the next time you go bra shopping.

If your bra is decorative in any way (lace, mesh, piping etc.) it could be irritating your sensitive skin. Try wearing a cotton bra or a very simple bra made out of a smooth fabric to determine if it's more of a bra issue or a sensitive skin issue.