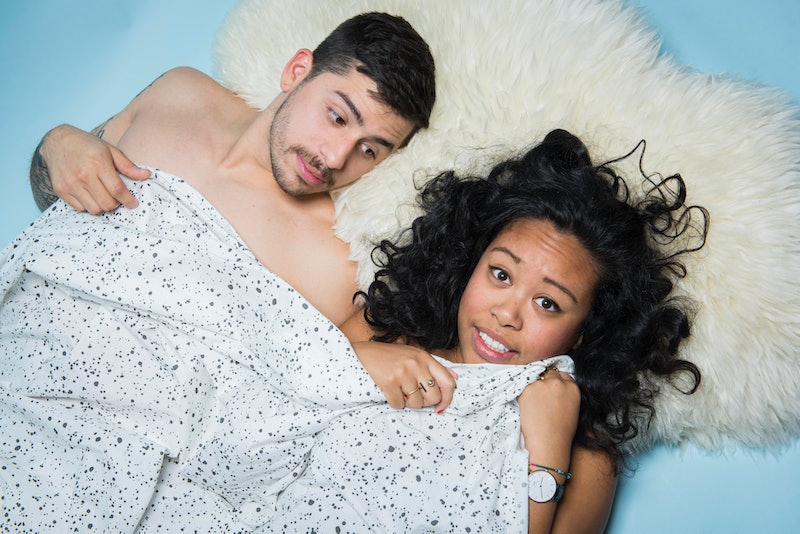 Are one-night stands a good idea? One-nights can either be great for you or the worst thing ever — it all depends on you. And according to studies, there are a lot of ways you can be affected. For example, a study by researchers at Ohio State found that those who suffer from depression are more prone to casual sex and end up feeling not so great about themselves after the fact, while another study by researchers at NYU and Cornell found that those who have a high opinion of themselves benefit from casual sex. I guess, as it is in most cases, it’s all about how you approach it, the mental and emotional aspect you bring to it, and how you process it.

But research aside, one-night stands can come in handy, if you're someone who's OK with having them. If you’re sick of the double standard BS, need a distraction from a relationship that just came to an end, or simply need to get laid, then having a one-night stand can give you the quick fix you might be craving. And, what’s interesting, is that your body reacts differently to a one-night stand than if you were having sex with a partner whom you know quite well.

So before you go out tonight, looking to score with a hot stranger, here’s what you can expect from your body during your one-night stand.

1. Your Chances Of Having An Orgasm Aren’t So Great

According to research by the International Academy of Sex Research, women are 50 percent less likely to orgasm during casual sex than men. We already know that female sexuality is complicated business, so not being able to “get there,” during a one-night stand can’t be entirely surprising, I guess. Unless, of course, you introduce your favorite “B.O.B.” to the mix.

2. It Can Give Your Body Confidence A Boost

Although not everyone can walk away from a one-night stand feeling on top of the world, those who are “sociosexually unrestricted,” not only have an inherent protection against any feelings of guilt or remorse, but have greater life satisfaction and self-esteem thanks to casual sex. Because of this, you crave it more. Which brings me to…

3. It Can Become Sort Of Addictive

I don’t mean addictive in an “OMG, you’re going to need to get help for your sex addiction" sort of way, but as the researchers found, the positive outcomes of having a one-night stand can lead to someone longing for the next one. But of course this only hold true for those who really enjoy one-night stands in the first place.

There’s also the fact that the more we have sex, the more we want. So, if it’s been awhile since your last sexual rendezvous, a one-night stand can put sex back on your radar again, making you want it more.

4. It Can Make You Feel Like You Just Smoked Crack

While you may feel differently in the morning, depending on how the one-night stand goes, the fact is that in that moment, with all those feel-good hormones and chemicals hard at work, you’ll feel a rush that’s on par with doing crack cocaine. It may not be the same type of crack cocaine feeling that comes with being in love, but the sexual desire and chemistry of a one-night stand have a similar effect.

5. There's A Good Chance You're Ovulating

Where we are in our menstrual cycle has a lot to do with our sexual desire. In fact, it’s when women are ovulating that their interest in sex is at its highest and most notably for people on a more short-term basis. So when you have a one-night stand, if you check out the calendar, you might find that it’s the ovulation part of your cycle. Basically, your ovaries made you do it.