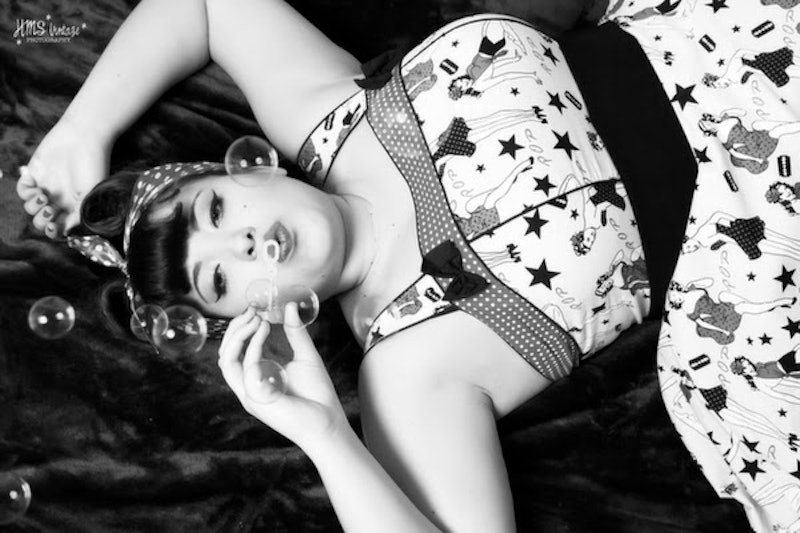 With the exception of Gabourey Sidibe's sex scene on Empire last month, I've never seen a fat babe (let alone a fat babe of color) getting jiggy with it on my TV screen. Sex in the media has been predominantly about thin, cis women and thin, cis men. For all its steamy yet teen-friendly sex scenes, the CW has never presented me with a fat vampire in Ian Somerhalder's bed or a plus sizer getting laid in some corner of the 90201. There is rarely fat sex in movies. So the idea that people can actually be sexually attracted to fat bodies, well, it must be a myth, right?

In conversation with fellow body positive activists or proponents, something I often come across is the argument that "BBW" is too interconnected with the fat fetish community to ever be empowering to women. And as Wikipedia will confirm, "It's frequently used in the context of fat fetishism," whereby "fat fetishism" can translate to "feederism or gaining, where sexual gratification is obtained not [only] from the fat itself but from the process of gaining, or helping others gain, body fat. Fat fetishism also incorporates stuffing and padding, whereas the focus of arousal is on the sensations and properties of a real or simulated gain."

I totally understand not wanting to be thought of solely in terms of one's body, so the "I Am Not A Fetish" mantra I see on social media hashtags makes complete sense in that respect. But I cannot support the fact that fetishes are so often seem deemed OK when they're being presented to us in terms of traditionally beautiful celebrities, while they're deemed worthy of vilification when presented to us in terms of bodies far from the beauty standards set by the mainstream. Sexuality, like gender, is such a fluid thing. We all have preferences and kinks and things we like and dislike in a partner. Yet when it comes to expressing fat sexuality, it's like we've built ourselves a nice little wall behind which we can pretend that fat people don't get laid, or want to get laid, or think about being laid.

We live in a culture in which things like, "Fat isn't sexy," or, "No fat chicks allowed," or, "Fat is disgusting," are things uttered constantly, without an "in my opinion" disclaimer that would prevent the statement from being factually incorrect. But these statements are factually incorrect, because no one person has the right or ability to define what is and isn't attractive to other people.

More like this
Most Comfortable Underwear For Big Butts
By Audrey Williams
42 Black Owned Fashion & Beauty Brands To Support Today & Always
By Mekita Rivas, Shea Simmons, Kui Mwai and Dominique Norman
We’ve All Had Bad Sex. Nona Willis Aronowitz Is Talking About It.
By Sophia Benoit
11 Graduation Guest Outfit Ideas To Wear To Someone Else’s Ceremony
By Phoebe Avison and Claire Fox
Get Even More From Bustle — Sign Up For The Newsletter