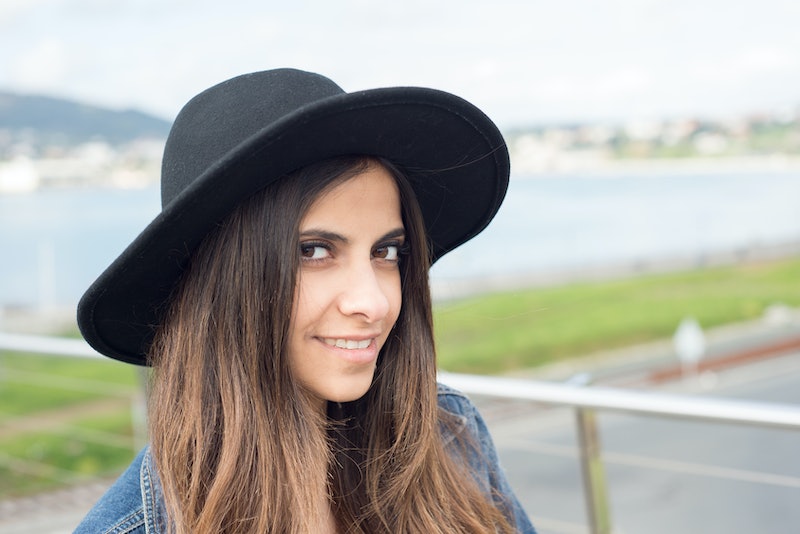 Happy second annual National Bisexual Awareness Week! During this week to raise awareness, September 23, is "Bisexual Visibility Day." What better way to do that than by dispelling myths about bisexuality and stopping the spread of harmful stereotypes?

Luckily, awareness about a multitude of LGBT issues has been growing, and it seems that people are slowly coming to terms with the idea that sexuality and gender are fluid. Although there's still a long way to go before LGBT and other minorities reach true equality (marriage equity was a great step!), I have hope that someday even the Kim Davises of the world will ~see the light~ and stop the bigotry.

In honor of all those who make up the "B" of LGBT, here are seven fascinating facts about bisexuality. (And, of course, we should celebrate everyone's sexuality today and every day!)

According to the online etymology dictionary, the word bisexual can be traced back to 1824. However, back then its definition was slightly different: It meant "having both sexes in one being; hermaphroditic," and didn't come to its current meaning — "attracted to both sexes" — until 1914.

2. Bisexuals Are Less Healthy Than Gay And Straight Peers

This is sad, but true: In a study by Rice University, a huge chunk (almost 20 percent) of male and female bisexuals self-reported their health as "poor or fair." The research also went on to explain that bisexual individuals are "disproportionately disadvantaged" when it comes to several socioeconomic factors that impact well-being. Because they're a minority within a minority, they are stigmatized within their own community, and this can have dangerous repercussions when it comes to getting proper healthcare.

3. A Very Small Number Of People Are Bisexual

4. ...But Freud Thought Everyone Was Bisexual

Ahh, Freud: The man who brought us the Oedipal Complex and the term "oral fixation." He also had a lot of theories about bisexuality, and insisted that everyone had at least a little bit of a "constitutional bisexuality." This doesn't mean that everyone is romantically or sexually attracted to both sexes and is simply choosing to repress it. Rather, he was acknowledging that the lines of sexuality, masculinity, and femininity are much grayer than most people believe, as evidenced by things like cross-dressing and same-sex friendship. He was surprisingly ahead of his own time, and very tolerant for someone in the early 20th century. Yay Freud!

5. ...And Others Think No One Is Bisexual

Unfortunately, there are still many people who simply refuse to believe that bisexuality is real. According to 2013 research by the University of Pittsburgh, 15 percent of people did not categorize bisexuality as a legitimate sexuality, with straight men being three times as likely to think it's "not a thing." As such, scientists have been trying to prove its legitimacy as a sexual orientation, while LGBT advocates have attempted to change people's minds by speaking out against myths and misconceptions about bisexuality.

6. A Small Number Of Self-Identified Bisexual People Are "Out"

According to Pew research published in 2013, only 28 percent of bi people are open about their bisexual identity with those closest to them, while over 70 percent of both gay men and women were "out." Possibly because of the awful trope "bi now, gay later," people who identify as bisexual are more afraid of the stigma of coming out of the closet. Because they're such a minority, it can be overwhelming to come out to a world that still doesn't fully understand the legitimacy of their sexuality.

7. Women's Sexuality May Be More Fluid Than Men's

According to recent data from Add Health, women were more likely to report bisexuality, and were three times as likely as men to report changes in their sexuality between ages 22 and 28 — the early adult years often associated with sexual exploration. Women were more likely to have some fluidity when self-identifying, rather than stating that they're "100 percent homosexual" or "100 percent heterosexual." Researchers hypothesized that women with "less favorable romantic opportunities" might choose to experiment rather than sticking with the limited pool of options they'd previously experienced. However, it's important to distinguish the idea of women having more sexual flexibility from the misconception that women are often bisexual because they're "sluttier."