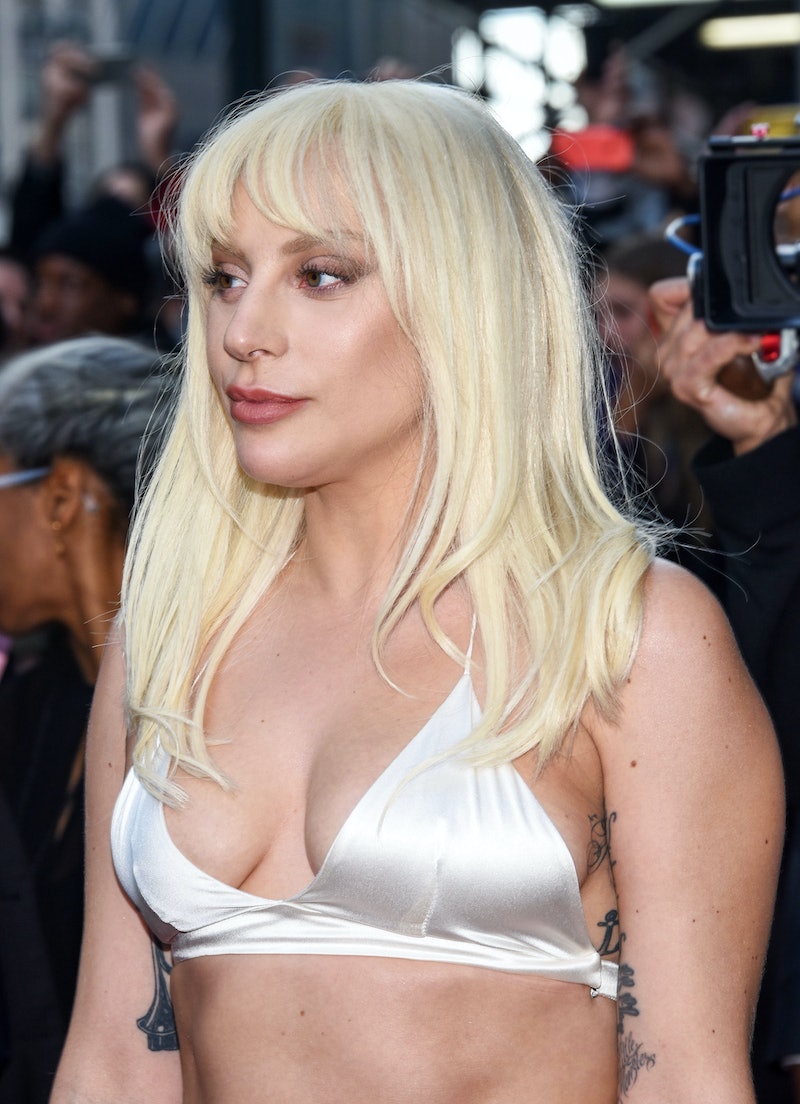 We were pretty pleasantly surprised when Lady Gaga was nominated for a Golden Globe for her performance as "The Countess" in American Horror Story: Hotel. Of course, this is mostly because the artist is mostly viewed as a singer, not an actor — so to commend her for a guest role in a television show was surprising, but in a great way. I mean, Lady Gaga really showed off her acting chops in this series! But, it does make you wonder: Amongst her various other nominations and awards, has she even come close to nabbing a Golden Globe in the past? AHS definitely wasn't her first time acting: The entertainer got her start in musical theater, performing as Adelaide in Guys in Dolls and Philia in A Funny Thing Happened on the Way to the Forumbefore switching over to music at the age of 19. Even after that, though, the acting never really stopped: Though she was a musician, her whole persona as Lady Gaga was a creation, and performance (including acting — Gaga is definitely a character) was definitely a big part of that. Despite this though, and several performances on various shows and movies, she has never received a Golden Globe for any performances.

In American Horror Story: Hotel, the Lady plays Elizabeth, a century-old vampire with an impressive wardrobe who has owned and lived in Hotel Cortez for decades. She has a bunch of creepy, vampire children who she keeps around for some sort of sinister means. It is a decadent role that Lady Gaga pulls off perfectly.

Of course, it's possible Gaga won't win this award — but it's totally deserved, as she seemingly put her everything in this role. But, even if these doesn't, she's still a champion either way, and she's got a ton of other trophies to prove it:

The beginnings of her award-winning, where it all started. This was before we didn't even know the monsterhood Gaga would bring to our lives.

This event and her 13 nominations made Lady Gaga the most-nominated artist for one year in VMA history as well as the first ever female artist to receive two nominations for Video of the Year. She won eight awards: one for Telephone for Best Collaboration and seven for Bad Romance. Girl power!

Lady Gaga rocked a best album win at this event for her second studio album.

Lady Gaga isn't just commended for her music: She has also received awards for her philanthropic work. One such award was through Do Something!, a non-profit with the goal of motivating young people to take action and bring about social change.

Lady Gaga has won many awards at the Billboard Music Awards, but this win is perhaps the most memorable. No one can argue that the Lady doesn't have style. Who can forget the meat dress?

Lady Gaga collaborated with Diane Warren to create 'Til It Happens To You for a documentary about on-campus rape called The Hunting Ground. Not only did it win best song for a documentary at the HMIM Awards — the song was also nominated for a Grammy.

Lady Gaga is big in Japan. She has been nominated and won ten times at the Japan Gold Disc Awards. Proving she can do anything, she won the 2015 award for best jazz album of the year for her collaboration with Tony Bennett, Cheek to Cheek.

Even if Lady Gaga doesn't win the Golden Globe, she's got a whole arsenal of other awards. I wonder how she keeps all of those trophies. Do you think she has one room designated to them? Maybe a storage space? We may never know.