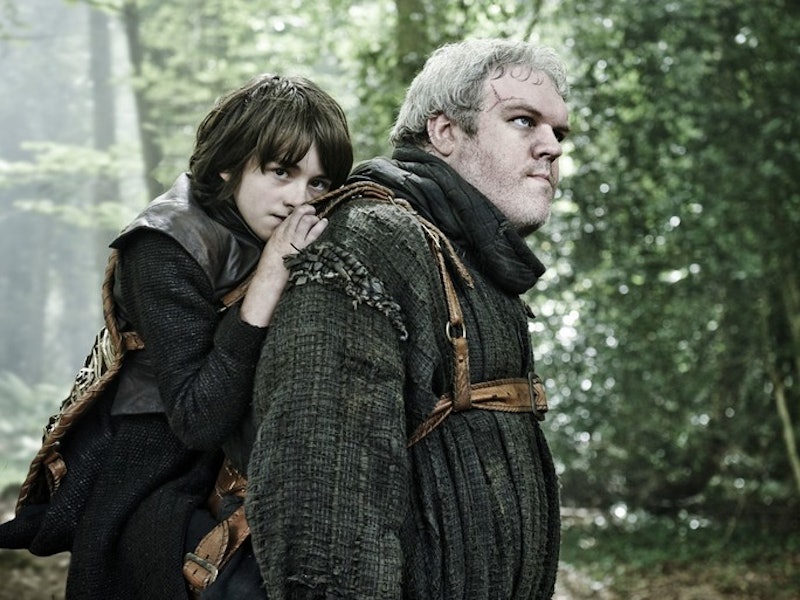 Let's put all the craziness of the Season 5 Game of Thrones finale on hold for a moment to chat about a character fans haven't seen in quite some time. Bran Stark is back in Season 6, and it turns out he may not be as useless as viewers thought he was. To refresh your memory: at the end of Season 4, Bran finally made it to the Weirwood tree, and even though he lost Jojen at the very end when the wights attacked their group, he managed to make it to Three-Eyed Raven. The Raven told him that he would never walk again, but that he would “fly” (metaphorically speaking — although this is GoT, and who really knows).

Knowing what he could one day do will cause a big change for Bran in Season 6, according to actor Isaac Hempstead-Wright. “Previously Bran’s seen tiny glimpses of future or past but never has he been very much in control in the situation,” Hempstead-Wright told EW in December. “Now we’re given looks into very important events in the past, present and future of this world and Bran is beginning to piece them together like a detective, almost as if he’s watching the show.”

Now that Bran can do these things, he’s probably going to be extremely valuable to not only everyone on the show, but to viewers, who now have the opportunity to see flashes into the past and the future. Fans could find out some seriously valuable GoT information from Bran this season, and that being said, I've come up with some possibilities for what Bran's visions could show when the series returns in April.

Fans have all been wondering if the R + L = J theory is real on Game of Thrones, and now that Jon Snow is “dead,” It would be great to finally get some answers about his past. Imagine if Bran could go back and learn where his big bro really came from.

Viewers have seen glimpses of what happened when Robert Baratheon took over the throne, but have not been able to dive into the whole story and see it on-screen. Maybe bringing the past into the show will give clues into what may happen in the future when Dany decides to start a war to win her throne back.

Clearly there's going to be a White Walker situation happening, and any information, past or future, could provide info about the storyline. Currently, viewers only know that they existed in the past, that they're a problem now, and that they must be defeated. I feel like Bran needs to use his power to figure out how to destroy these Big Bads.

Is he dead or not? Clearly some type of vision about this is a must. If he’s not dead, how is he alive? Everyone assumes that Melisandre will do something to save him, but maybe it’s Bran Jon really needs help from.

Aria got all kinds of messed up at the end of Season 5 when she disobeyed the Many-Faced God. So now that she’s blind, Bran needs to find a way to help her. I mean, he can get into people’s brains, so maybe there’s a way to cure his sister? Here's hoping one of his visions can help him achieve this.

There’s no doubt that Jorah, Tyrion and Daario will soon be on the hunt for Daenerys after she rode off on Drogon. However, if you remember, she was surrounded by Dothraki when viewers left her. Assuming she is captured, her allies might look to Bran to find her. After all, Westeros/Essos is not a small place.

I can't wait to see what Bran's role in Season 6 could be. Three months, people!