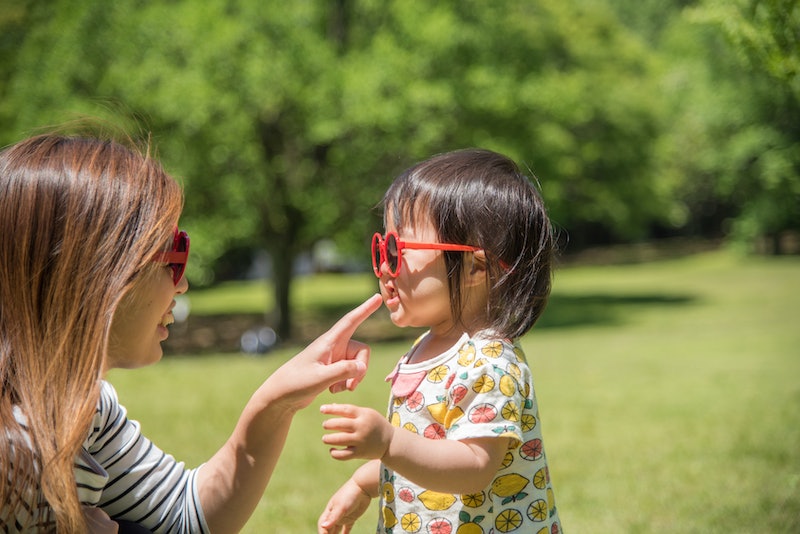 But before we get into all that, we should probably start by defining what a “cool mom” is, shouldn’t we? When I say “cool mom,” I don’t mean Amy Poehler in Mean Girls ; that’s the kind of parent who tries so hard to be their kid’s best friend that they kind of forget about the fact that they also need to be, y’know, a parent. My version of “cool mom” is essentially a good parent — someone who sets boundaries for you, but who also allows you to experiment and explore and experience the myriad things that happen while you’re growing up, both the good and the bad.

It’s possible that my definition of “cool mom” is what I’ve come to understand it to mean as an adult, rather than what it was when I was a kid.

Although the following characteristics are framed in terms of moms, they apply for pretty much any parental figure you had in your life — your mom, your dad, your mentor, your babysitter, your grandparent who occasionally functioned as your guardian while your folks went on vacation for a week, your favorite teacher, and so on and so forth. Just swap the pronouns around as necessary and you’re good to go.

And to all the cool moms out there? Thank you. You guys rock.

1. Your Lunches Were the Stuff of Legend

Lunchables. Fruit by the Foot. Gushers. Dunkaroos. SqueezIts. You had it all — and it was always a delightful surprise learning which delicious treat would be waiting for you in your Ninja Turtles lunch box each day.

2. And So Were Your Sleepovers

Because there is no sleepover like a ‘90s sleepover.

3. Also, She Stayed Out Of Your Hair During Said Sleepovers

I mean, she made sure you weren’t, y’know, about to burn the house down or anything, but she also didn’t insert herself into the proceedings at every opportunity.

4. She Saw Titanic in the Cinema With You Approximately 80 Million Times

And she was willing to sit through the multi-VHS affair that was the home video release whenever you wanted.

5. She Let You Watch The Price Is Right Whenever You Were Home Sick

And if she was home too, she’d watch it with you while feeding you chicken noodle soup. Nothing makes the flu more bearable than Bob Barker and Mom Food. (Except maybe Aaron Paul, but you know what I mean.)

6. She Kept an Eye on Your Internet Time, But Didn’t Crowd You While You Were Surfing the Web

Safety first, but also hey, look at this new thing! It is so cool!

As far as I can tell — and this is something I’m keeping in mind if I ever decide to have kids myself — the best parenting involves keeping an eye on your kids for safety purposes, but still giving them the freedom to explore. Exploring can sometimes lead to mistakes, sure; however, making mistakes is how we learn, so if you’re never allowed to screw up, how are you going to get those valuable lessons under your belt?

7. She Was Totally Fine With Dropping You at the Mall with Your Friends for an Hour or Two

She trusted you enough to go out and about with your best buds. Also, it gave her a little time to herself.

And by “dating,” we’re generally talking about dropping you at the mall with your friends so you could meet up with the person you were crushing on and their friends.

9. You Had At Least One Super Trendy Toy

You probably didn’t have all of them — she had to draw the line somewhere — but she went above and beyond to get you a Tamagotchi for your birthday in the mid-‘90s, and by golly, you cherished that thing like it was a real child.

10. She Recognized Topanga Lawrence for the Fantastic Role Model That She Was

And, in fact, said recognition is probably why she watched Boy Meets World with you every Friday on TGIF.

11. She Didn’t Make Fun Of Your Embarrassing ‘90s Crushes

And she still doesn’t today even though the ‘90s and your childhood are long since finished.

12. She Recognized Parental Advisory Stickers For What They Were

That is, things meant to advise so you could make an informed decision — not set-in-stone rules.

13. She Rocked Her Mom Jeans

Thus instilling in you a lifelong sense of confidence about your own sartorial choices: Wear whatever you like, however you like. If you own it, that's all that matters.

14. You Could Talk to Her About Anything Without Fear

Fear of being judged, fear of getting yelled, or any of the other kinds of fear that can arise from having to talk to An Authority Figure about both big deals and small ones — they were generally absent when you talked to your mom. Yes, sometimes she needed to guide you, and yes, sometimes she needed to set boundaries and discipline you; but she never, ever made you feel bad for having questions or feelings or for making mistakes.

That’s something all cool parents do, by the way — not just cool ‘90s parents. And if that’s the kind of parent you’ve grown into yourself? Keep doing what you’re doing, because you’re definitely doing it right.