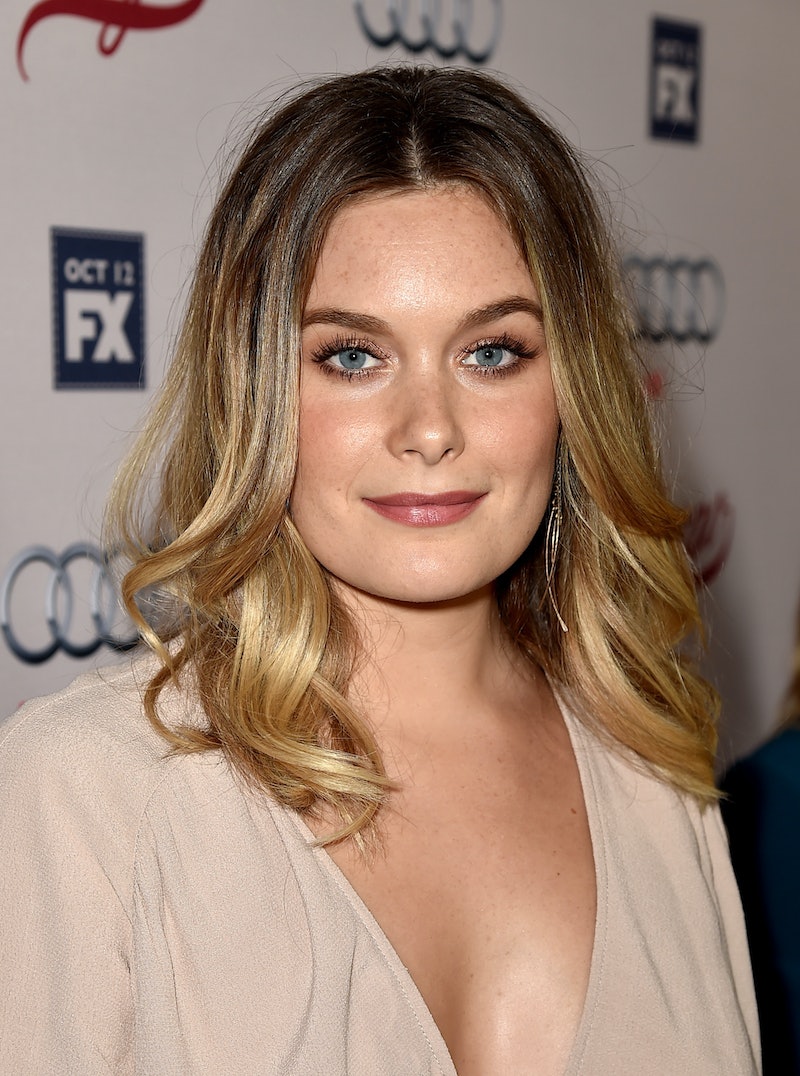 While superpowered villains and heroes continue to do battle on the big screen with the power of blockbuster budgets behind them, others are starting to prove that you don't necessarily need $250 million dollars to tell a compelling superhero story. ABC's Agent Carter, CBS' Supergirl, and Netflix's one-two punch of Daredevil and Jessica Jones have proved themselves to be some of the best franchises the genre has to offer, whether on the big screen or small. Now FX is looking to get in on the game with their X-Men series Legion — and they didn't have to go very far to find their star, casting Fargo actress Rachel Keller as the female lead.

Legion is one of two X-Men shows coming to our TV screens in the near future as part of a partnership between Marvel and 20th Century Fox Television, the other being FOX's Hellfire . The FX series will tell the story of Professor X's son, David Haller — aka Legion — who has "been in and out of psychiatric hospitals for years. But after a strange encounter with a fellow patient, he’s confronted with the possibility that the voices he hears and the visions he sees might be real." Keller's Legion role is being kept under wraps for now, although Deadline is reporting that the character is "a scrappy, optimistic woman in her 20s" and that her powers are supposedly "tied to human touch." So who could she be playing?

So many mutants have powers based in the intangible, whether it be telekinesis or flight or manipulating energy or weather or whatnot — so the list of candidates is actually fairly small. Here are a few possibilities for Keller's character based on that very vague description:

The most obvious candidate for a touch-based mutant would be Rogue, one of the most famous members of the X-Men team, who has the power to absorb other mutants' abilities by touching them. But the character has already been played so memorably onscreen by Anna Paquin — would FX really want to recast such an important character, potentially upsetting some fans and confusing others by putting a different face on the same mutant?

Kitty's power doesn't directly involve touching things, per se — but since it involves an ability to walk through solid objects, one could argue that it's at least a tangible power. And although, like Rogue, she has already been portrayed onscreen (by Ellen Page), the character has never been as important to the movie franchise as Paquin's, and is thus more ripe for a small screen reboot.

Now here's a character that could benefit from recasting. January Jones' performance as the character in X-Men: First Class wasn't exactly the highlight of the X-Men franchise. And with antiheroes all the rage on TV, casting a villainess as the show's female lead could be an interesting choice. Again, her ability to turn into diamond isn't exactly touch-based, but at least it is a tangible power. (One big strike against this possibility: FOX will probably want to use the character for its impending Hellfire series.)

This mutant's ability to grow spear-like bones at will and use them as knives makes her sort of a female Spyke. She was a major character on the Wolverine And The X-Men animated series, but she's never been depicted in any of the live-action films — although she will have a cameo in next month's Deadpool , apparently. But would FX really want their female lead covered in boney protrusions 24/7? Sounds like a headache for the makeup department.

Developed by the Weapon X program and cloned from Wolverine's own genetic material, X-23 is essentially the female version of that popular character — in fact, she herself would eventually just go by the name "Wolverine" after Logan's death in the comics. Like her predecessor, she has bone claws (two in each hand and one in each foot) as well as advanced healing powers. Now that Hugh Jackman has definitively said he's retiring from playing Wolverine, how awesome would it be to see FX take perhaps the most famous character in the entire X-Men franchise and essentially recast it as a woman?

It will probably be awhile before we find out just who Keller will be playing in Legion — but whichever mutant she ends up portraying, it's great just to know that there will be yet another superhero franchise onscreen with a kickass female lead.