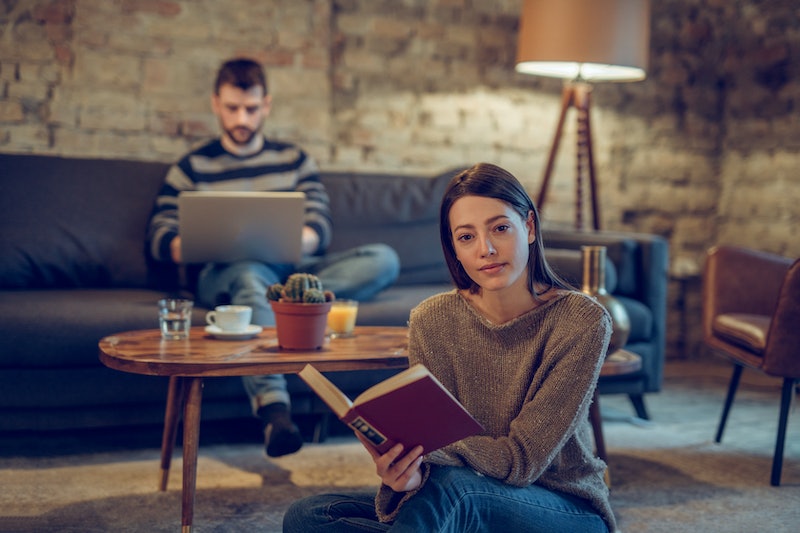 To paraphrase Snoop Dogg, being a woman ain't easy. In our patriarchal society, there are all kinds of daily challenges women face that men simply don't have to deal with — after all, that's what happens when you live in a culture that's structured to benefit one gender over another. As much progress as the fight for gender equality has accomplished over the course of decades, women's rights still have a long way to go.

Even in the modern day, we're expected to force ourselves into all the boxes society gives us, and there are a few big issues that get the most media attention: The wage gap, street harassment, equal division of childcare, media representation, and discrimination in the workforce. That being said, sexism is frequently more subtle than most people realize. We've already talked about daily microaggressions most women experience, but the challenges we face go beyond other people's sexist behaviors (although those certainly add to the problem). In fact, much of the sexism we experience is imposed on us by cultural expectations rather than meninists and Internet trolls, whether it's the pressure to be sexy all the time or lack of representation in the media.

Let's take a look at some daily obstacles we all have to deal with below.

1. You're Expected To Compete With Other Women

One of the most harmful narratives out there is the idea that only one woman can succeed at something. You can see this in media, where the Smurfette Principle is rampant, as well as the workforce, where women are pitted against each other and expected to shed their feminine characteristics to get to the top.

Between street harassment and the very real threat of violence hanging over our heads every day, women have more to worry about even when they simply go out in public alone, let alone when they travel. It's possible to travel solo, of course, but women have to weigh the consequences in a way that men rarely do.

3. You Pay More For Basically Everything

Study after study has shown that women don't just deal with a wage gap — we also pay a "pink tax." It's a questionable name, but the phenomenon itself is very real: Women's products cost much more than men's, and over a lifetime, women can end up paying thousands more than a man for the same kind of products.

4. You're Expected To Represent All Women

5. Your Interests Are Devalued

It's a sad truth that as soon as women become associated in something, it automatically loses status in society's eyes. You can see this in the workforce — when more women enter an occupation, it frequently loses respect — as well as female-dominated fandoms, which are largely looked down on in other corners of the Internet.

6. Doing Anything On Your Period, Ever (If You Have One)

It's an undisputed fact that periods are The Worst, but for some women, they're debilitating. However, the stigma surrounding periods is so strong that women are expected to suck it up and go about their business, even if their cramps are so severe they're running to the bathroom to throw up every 10 minutes.

As much as you may try to explain how the patriarchy hurts women (and men!), some people just aren't going to listen. In fact, they're probably going to tell you that the misogyny you've experienced is all in your head — after all, surely decades of campaigning for gender equality means sexism is over. It's not, of course, but unless you experience it firsthand, it's easy to rationalize sexism away as the result of being too sensitive. Not only is this infuriating, but it also serves to perpetuate the cycle of sexism.

8. You're Not The Default; You're The Afterthought

In a patriarchal society, men are assumed to be the primary audience for pretty much everything: Ad campaigns, books, magazines, and more. Even our language is structured with men in mind; male pronouns are still considered grammatically neutral, even if that's begun to change recently. Furthermore, a movie directed by men or written about them is simply a movie — and you never hear anyone ask why a writer chose to write a character as male. (Thanks, male gaze!)

Are you also tired of being told to look happier whenever you leave the house? Even if you're sick, tired, just plain cranky, or any combination thereof, women are expected to be physically appealing at all times. Next time someone tells you to smile, you have my express permission to screech like a velociraptor and fling a tampon at their head. It's easier than punching the offender in the face, it doesn't get you in trouble with the law, and it's an excellent release for all that feminist rage. Three birds, one stone.