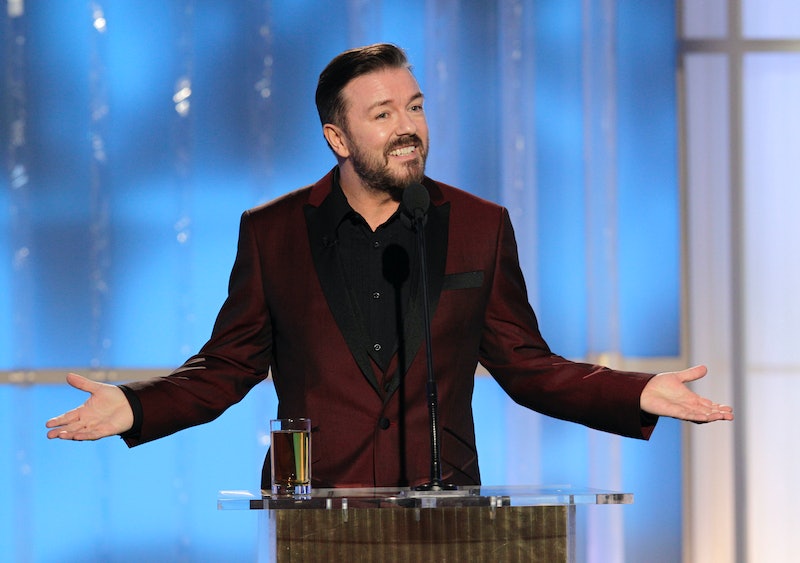 As I'm sure you're well aware of by now, we live in an age when you can stream pretty much anything that originally appeared on an actual TV set. However, major awards shows have really been one of the last holdouts. So yes, with the first major awards show of the year airing live this Sunday, Jan. 10 at 8 p.m. ET on NBC, it's probably going to be a challenge to figure out how to stream the 2016 Golden Globes online.

However, difficult is not impossible, and you can definitely find ways to show the enigmatic Hollywood Foreign Press what this new age of entertainment consumption is all about. Heck, original series that air on streaming platforms are slowly taking over the Golden Globe nominations. If this trend keeps up, which I suspect it will, we may just have an easier time finding a live stream of the Golden Globes in the future.

Well, that day is not today, but just because a live stream of the Golden Globes isn't handed to you on a silver platter doesn't mean you should skip out on the awards show altogether. Some pretty interesting stuff is expected to go down. For one, Ricky Gervais will return to host for the fourth time, having last emceed the ceremony in 2012. Mel Gibson will also return from obscurity to present an award during the telecast, the announcement of which has already caused some controversy, so I can only imagine what buzzworthy moment will take place during the actual night. And then, of course, there are going to be some prizes handed out to film and television's best and brightest talent.

The 2016 Golden Globe Awards is one thing you're not going to want to miss this winter. I suggest you don't.

You can always count on E! to cover a red carpet, and Ryan Seacrest and Giuliana Rancic will be on hand to bring you all of the high-fashion shenanigans from one of the most glamorous pre-shows on Earth. But if you don't have access to a TV, you can still catch all of the gowns, awkward interviews, and unexpected moments from the 2016 Golden Globes red carpet by checking out E!'s "Live From the Red Carpet Livestream," which will air during commercial breaks during the pre-show on E!'s website starting at 6 p.m. ET on Sunday, Jan. 5. It won't be hosted by Seacrest and Rancic — online viewers will get E! News correspondents Will Marfuggi and Carissa Loethen instead — but it'll give you a glimpse of everyone and everything that walks down the Golden Globes red carpet, and isn't that all you really need anyway?

Stream It Through NBC

The 2016 Golden Globes will be airing live on NBC, which means you can also live stream the awards show through the network's official website — with the appropriate log-in credentials, of course. You can also live stream whatever's currently playing on NBC through its free mobile app, but that's also only accessible in select markets. Sometimes it just pays to live in a big city, you know?

Update: On Sunday, NBC confirmed toEW that the Golden Globes will not be available for streaming online.

Stream It Through Your Cable Provider

Many cable providers also allow you to live stream content from networks like NBC. The only problem with this is you also need your cable provider's info to access it. If you do have that, you probably subscribe to cable and can just watch the Golden Globes on TV. But if you feel like living on the edge, this option may be for you.

It may seem obvious, but I just want to remind you that if all else fails, you can always follow along with the awards ceremony with your favorite entertainment outlets, Hollywood movers and shakers, and the world on social media to hear who won what, who did what, and general outrage from the Internet. It's definitely not the same as watching a live stream of the ceremony, but it will keep you entertained and, most importantly, informed.

Trust me. You don't want to be that person who missed the Cecil B. DeMille Award speech come Monday morning.