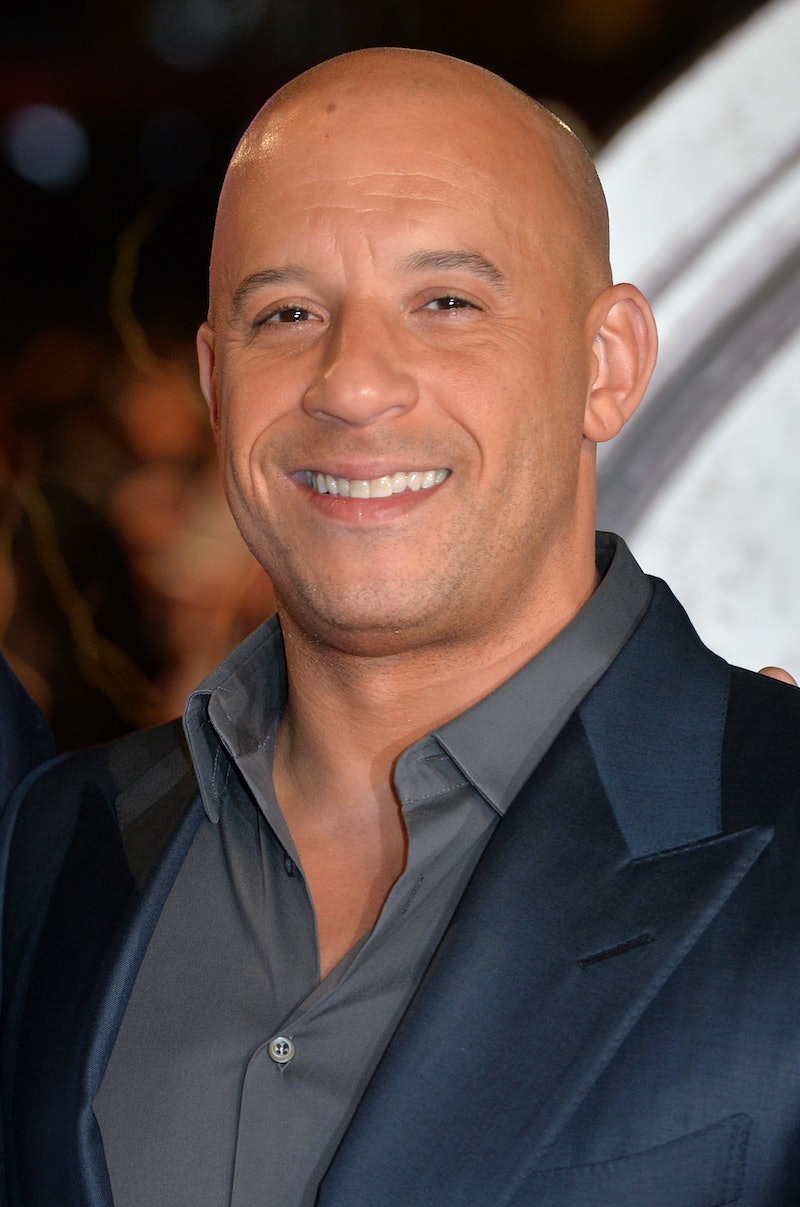 While a majority of the People's Choice Awards are lighthearted, things took a more somber turn when Vin Diesel took the stage. The actor accepted two awards on behalf of Furious 7 : Favorite Action Movie and Favorite Movie. Although Diesel usually has a tough guy persona, he admitted he was trying his best to not get emotional. But when he was handed the two trophies, he instantly had another thought — it reminded him of Dominic Toretto and Brian O'Conner, the characters he and Paul Walker played in the Fast & Furious franchise. This led to a touching tribute to the late actor. Diesel told the crowd,

I was cool while I was sitting in my seat and then they handed me two awards — one for Favorite Action Movie... and one for Favorite Film. You all thought that this was your favorite film. So I think of Dom and Brian, and I start to think of Paul.

They said to make this short and sweet. It was a labor of love. My only message to you is: You would be amazed what you can do with love. You'd be amazed how powerful a force that is. When we didn't want to come back to filming, when the tragedy was too heavy, it was the love of everyone combined that saw it through to the end. And now I'm standing here with all of you telling me this was your favorite film of the year.

Such a beautiful message! Just in case that wasn't enough to tug at your heart strings, he then began singing Wiz Khalifa's "See You Again," the song from the Furious 7 soundtrack that was dedicated to Walker. Try not to cry watching the snippet below:

This isn't the first time Diesel did something memorable for his friend. In March, he named his daughter Pauline. That same month, he gave an emotional speech about Walker at the Furious 7 premiere. While it's undeniably a huge loss, Diesel's message is an important one: Love trumps all, and it's great to see Walker's memory live on.