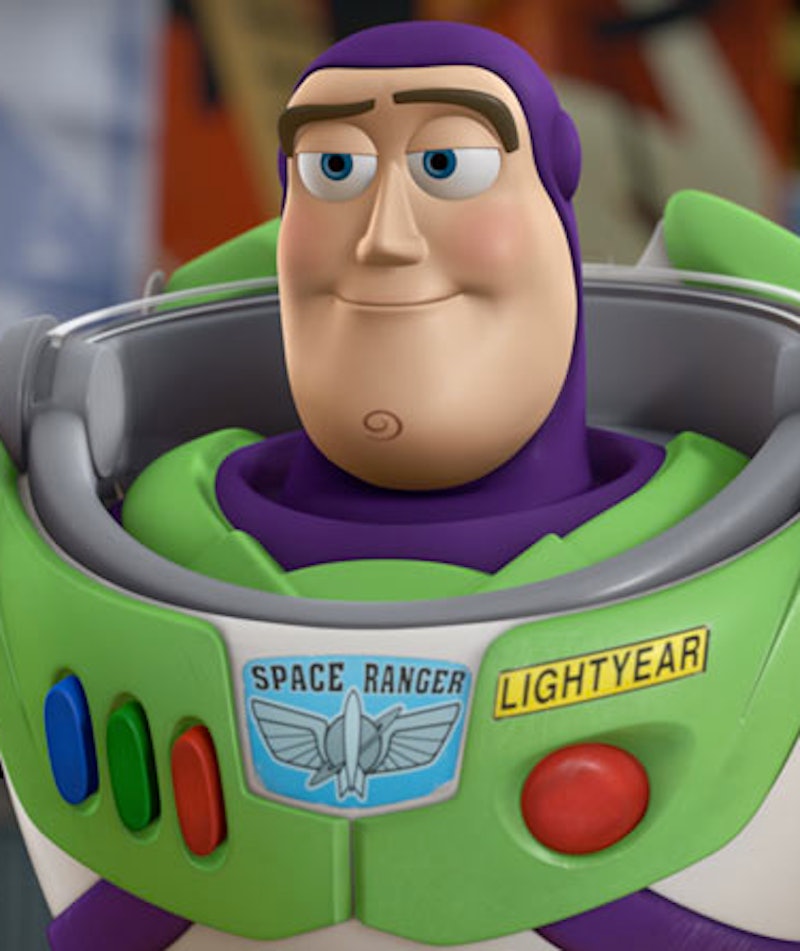 If you're like me, you're in the generation that grew up watching Toy Story. As you aged, Andy aged. And, by the time you got around to Toy Story 3, you were nothing but a puddle of tears. However, another thing may have happened as you got older and continued to watch the popular Pixar films. You may have noticed that Buzz Lightyear was more than just your average toy. He was actually good-looking. In fact, Buzz Lightyear was weirdly hot. ... No? Just me? Let's be real here for a minute. Between his smoldering look, his on point eyebrows, and that chin, Disney didn't just create an astronaut toy. They created a man that threatened both Woody's place in the playroom and his manhood in front of his girlfriend Little Bo Peep.

However, it's not just Buzz Lightyear's good looks that deemed him the "Sexiest Toy Alive" in my book. There's so much more to be considered here.

1. He Can Perform Some Impressive Tricks

Move over, George Clooney! This toy is straight-up defying gravity.

2. He Has Impeccable Dance Moves

... And I'm not talking about the whip and the nae nae. Buzz can ballroom dance to his little plastic heart's content.

3. He's Smooth With The Ladies

When Buzz has his eye on another new toy in the playroom, he doesn't let her just pass him by. He makes sure he makes a move to show his interest, and lets her take it from there.

I'm sure Woody wasn't too happy about that kiss! But I totally understand Bo Peep.

5. Probably Because Of This To-Die-For Look...

Seriously, I don't know anyone in my real adult life that can smolder this well.

6. And Just Listen To That Smooth Voice...

Disney, you did well with this one in more ways than you could've imagined. Everyone else, have I ruined your childhoods yet?