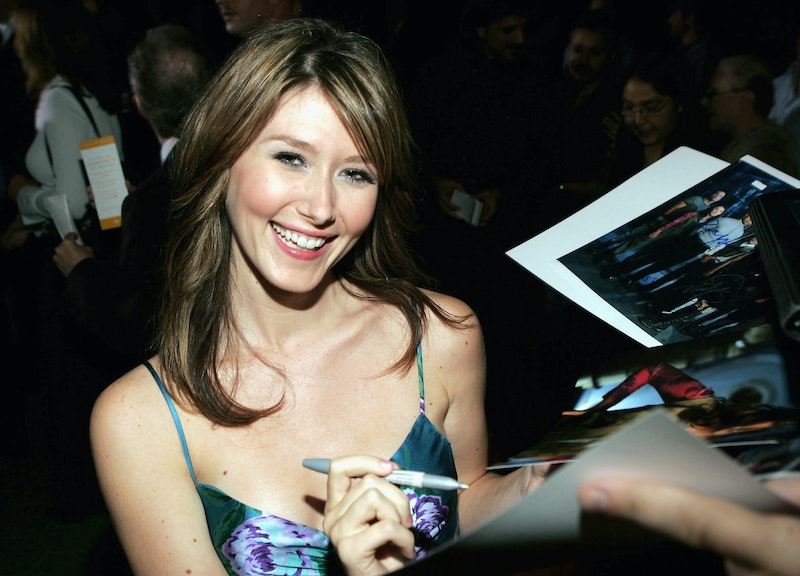 It's always nice to see the Serenity crew finding work in new corners of the pop culture universe. According to TV Line, Firefly's Jewel Staite is heading to Legends of Tomorrow to play a super genius/roboticist with connections to a DC inventor from the past. Staite's character, Rachel Turner, lives in a future where technology rules supreme, invading every aspect of people's lives. While Rachel will have altruistic plans for her work, DC big bad Vandal Savage will use her tech to take over the world, unless she forms an alliance with the Legends of Tomorrow to keep the grim future from coming to pass.

Legends of Tomorrow, premiering Jan. 21 on The CW, is taking a deep dive into the DC universe as it pulls characters from existing The CW franchises The Arrow and The Flash , along with familiar faces from the DC comics universe to form a ragtag team of somewhat reluctant heroes. In other words, this show is going to be huge in the world of fandom, which only makes Staite's arrival all the more exciting. Rachel is only scheduled to appear in Episode 10 right now, but, given that her character is a decedent of another genius within the DC universe, the chances of a return visit to the show are high. The big question is, who is Rachel Turner related to? I have a few ideas.

Caitlin is a brilliant scientist who works closely with The Flash and his team. She definitely fits the genius inventor bill, and there is even a bit of resemblance. Since she is a character who already exists within the DC TV universe, she would be a prime candidate for being Rachel's tie to the present.

OK, so it's not likely, but how cool would it be if Rachel was the descendant of everyone's favorite tech genius Felicity? That would definitely point to good news about Felicity's future state of aliveness.

Cisco isn't just quick-witted; Barry Allan's right hand man also happens to be an engineering genius. It's not such a stretch to believe one of his decedents would have mad robotics skills.

Wells has been a villain, an ally, and existed in multiple universes. The one constant about his character is that Wells in any form is incredibly smart. If he is part of Rachel's family, then it would be interesting to see which version of Wells she is related to.

Brilliant, scientific wizard, DC legend — triple check. With his background and brilliance, Martin could definitely be Rachel's connection to the larger DC universe.

Not only is Ray one of the Legends of Tomorrow, he is an inventor whose grasp on science is pretty much unmatched. Seeing him meet a future family member would be perfect for a show that is all about time and dimension hopping.

Those are just a few DC inventors and smarties who Rachel could be related to. No matter how her lineage plays into the story, I hope the future inventor will stick around for way more than just one episode. There is no such thing as too much Staite.