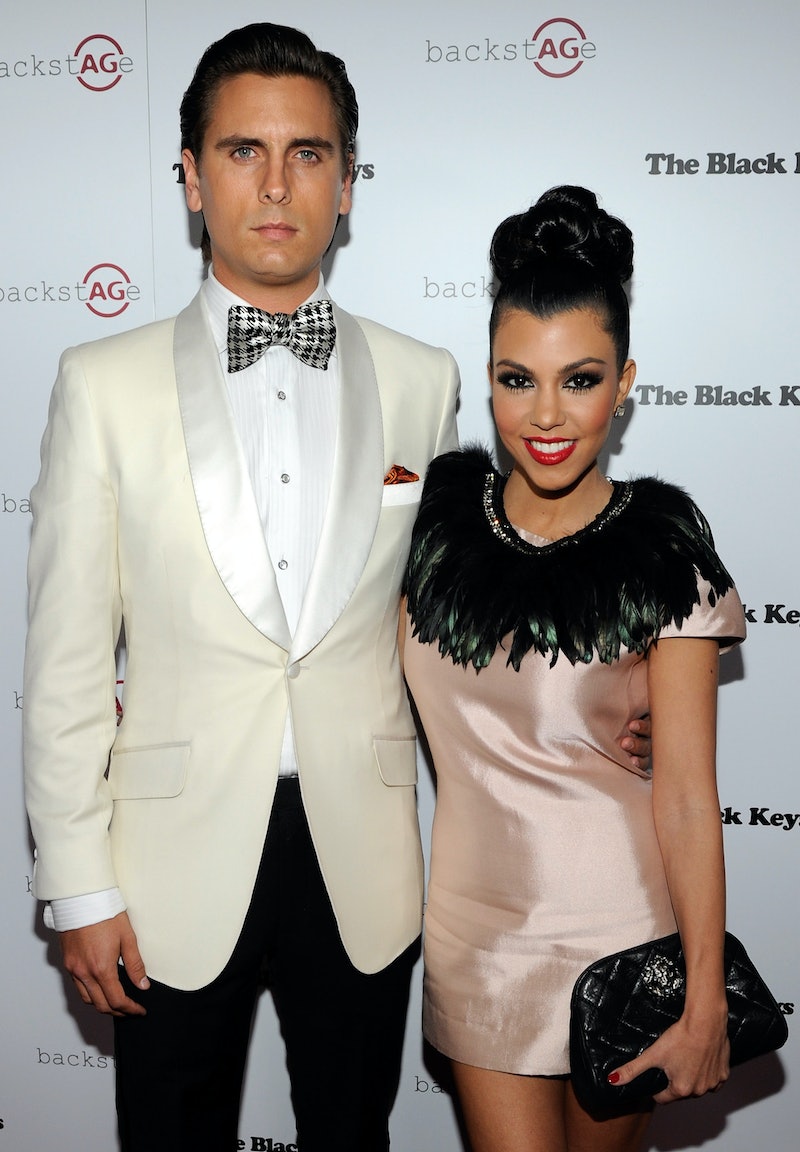 I don't think I'm alone when I express how sad I felt when Kourtney Kardashian announced her split from longtime boyfriend Scott Disick last July. They obviously endured their share of problems in their nine-year relationship, from rumors of infidelity to Disick's public battles with addiction. But it's hard to deny that the two had a special bond, and watching their relationship highs and lows on Keeping up with the Kardashians always showed that they had a lot of love for each other, in spite of the drama. But it seems like Disick is moving on with a new girlfriend, model Lina Sandberg, as Kardashian herself faces plenty of crazy dating rumors. Kardashian and Disick may be over for right now, but the crazy thing is that in a different universe, she would actually make great friends with Sandberg.

I know, I know: Why would Kardashian get along with Disick's new love interest?! But hear me out. We don't know much yet about the 24-year-old Swedish model, but what we do know is that she seems to have a few things in common with Kardashian. Here are some of the things that Sandberg seems to share with the eldest Kardashian sister.

She Loves Her Family

Obviously the world knows how important family is to all members of the Kardashian family, and Sandberg seems to feel the same way, sharing this sweet snap on the Hollywood Walk of Fame with her dad. Shout out to the Frozen crew taking photos with admirers in the background!

She's Into An Ultra-Glam Selfie

Sure, she's a model, but Sandberg rocks a winged cat eye like the best of them. I think Kardashian would approve.

Going Out Is Fun, But So Is Cozy Time In Pajamas

As a model, she likely makes appearances in the chicest outfits at the most glamorous events, but just like the Kardashian clan loves sister Sunday in their PJs, Sandberg would fit right in with her affinity for catching up on a good book in her silk pajamas.

She's All About Inspirational Quotes

Kardashian loves posting a good inspirational quote to her Instagram, and Sandberg does too. They're both so zen!

They Both Keep Up Their Fitness Game

As of late, Kardashian has been killin' the fitness game, and so is Sandberg. I think they'd make great workout buddies!

And They Both Love A Bikini Selfie

Both Sandberg and Kardashian love to share bikini selfies whether they're at the pool, the beach, or on a fancy vacation. Get it, ladies!

As you can see, these two have plenty in common, so it's easy to see why they could totally be friends.