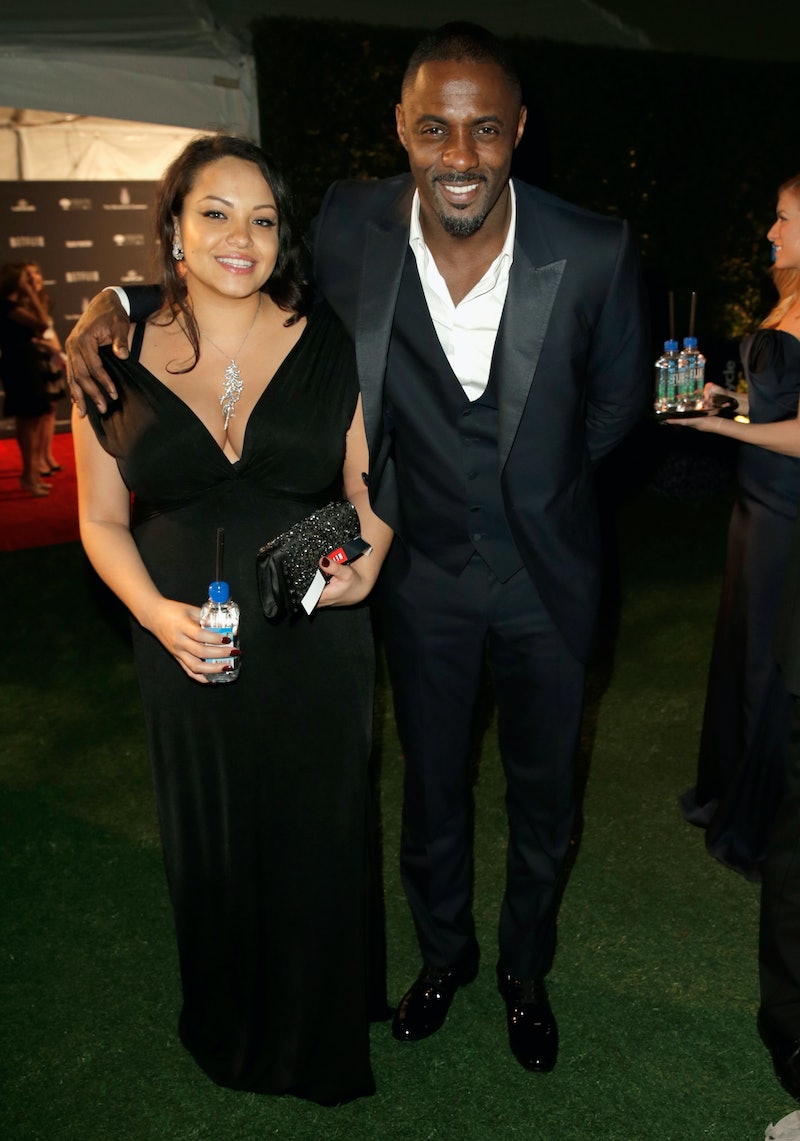 When you're an actor with as many roles on your plate as Idris Elba, it would be easy to get caught up in the glitz and glamour of the Hollywood lifestyle. After all, with fans foaming at the mouth for Elba to play the next James Bond, along with a devoted fan base who pretty much drool at the sight of him (I mean, it's pretty obvious why...) it wouldn't be hard to imagine Elba having a huge ego. With five major films already in production for 2016 (and we're only in week two of the year, guys) Hollywood keeps knocking on Elba's door, and his career gets bigger and bigger with each film's release. The actor tweeted that 2016 would bring "big things," but I think Idris Elba's greatest role is that of dad to his two kids.

Sure, Elba has received much critical acclaim for his stellar roles, most recently in Netflix's 2015 film Beasts Of No Nation , and he's notorious for keeping his personal life private, but his low-key relationship with makeup artist Naiyana Garth and his adoration for his two kids is what makes my heart melt into a damn puddle on the floor. To his fans, he's one of the sexiest actors of all-time, but to daughter Isan, 14, and nearly two-year-old son Winston, he's simply dear old dad.

Elba has been dating Garth since March of 2013, according to reports, and the two have managed to keep their relationship extremely private. In November of the same year, it was revealed that Garth was pregnant with hers and Elba's first baby. Though he's not big on speaking publicly about their relationship, he does like to share adorable snaps of his family life, like when he welcomed son Winston to the world in April 2014.

Since then, he's shared lots of candid moments with his kids. Here are some of the best:

Tot On The Go

I can't wait for more lovely candid shots from Elba and his gorgeous family!

More like this
Eva Mendes Just Claimed Ryan Gosling’s “Ken” Underwear
By Rachel Mantock
What’s An Open Relationship, Actually?
By Lexi Inks
Passive Aggressive Examples To Look Out For In A Partner
By Jessica Estrada
Are Quality Time & Words Of Affirmation Love Languages Compatible?
By Lexi Inks
Get Even More From Bustle — Sign Up For The Newsletter