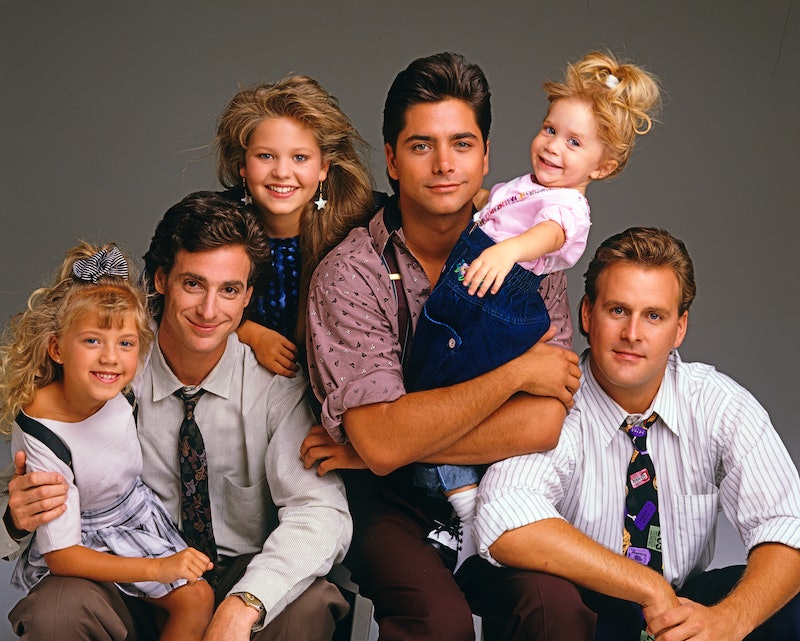 For any of us that grew up in or around the '90s we can all agree that Full House was pretty iconic. From the corny laugh tracks to the classic outdated Full House style, this show was always a safe bet. I'll never forget watching the endless reruns after school with my friends instead of doing homework, singing and dancing along with Jesse and the Rippers in Disney World — and, of course, pretending I was cute enough to say "You got it dude!" with a cheeky thumbs up. The Tanner family was always there for me with a wholesome laugh and a heartfelt life lesson.

Though many of the morals we learned from Full House remain timeless, the hairstyles unfortunately do not. To their credit, the Tanner family had to make the cruel hair transition from the late '80s to the early '90s so we can't really blame them for succumbing to the (often terrible) trends of the decades. While not all '90s styles are dead and buried, most of the Tanners' signature looks are best left filed under nostalgia. And now for a trip down memory lane with hairstyles of San Francisco past. From scrunchies to mullets, ponies to teased poofs, let’s revisit the Tanners and learn from their mistakes.

A shorter lived look for DJ, but one that certainly left a lasting impression.

OK, she looks precious, but between the corkscrew curls, statement scrunchie, and flattened bands, there's a whole lot going on here.

While Kimmy (and the Tanner sisters) adopted sleek straight dos in the later seasons, her early looks were all about the volume.

Full House hairstyles cannot be discussed without mentioning the hairstyle.

And, of course, we can't forget the moment that ended the era of the mullet. We'll never forgive you, Steph.

Every superhero needs a sidekick, so it only seems natural that Jesse's mullet has Joey's mini mullet.

Even though that deeeeep side part is technically outdated, I concede that this is a look I would definitely rock today. Aunt Becky was and is a hair icon.

While cuteness levels are off the chart here, I can't say this look is right for anyone but the littlest Tanner herself.

Is this where Bieber got his original hair inspo from?

9. Stephanie's Side Half Ponies

The higher the half pony, the closer to god? And the feathered bang combo to boot. Woof.

Steve's signature hair can really only be described as "high school football player in the '90s" and I defy you to say it didn't make your little heart swoon.

Clearly Stephanie took inspiration from her older sister, an act all of us younger sisters can relate to. The Farrah Fawcett inspired look is iconic but perhaps not one we need to repeat.

Thankfully, if the promo photos from Fuller House are any indication it appears that our favorite San Franciscans have left these hairstyles in the past where they belong.