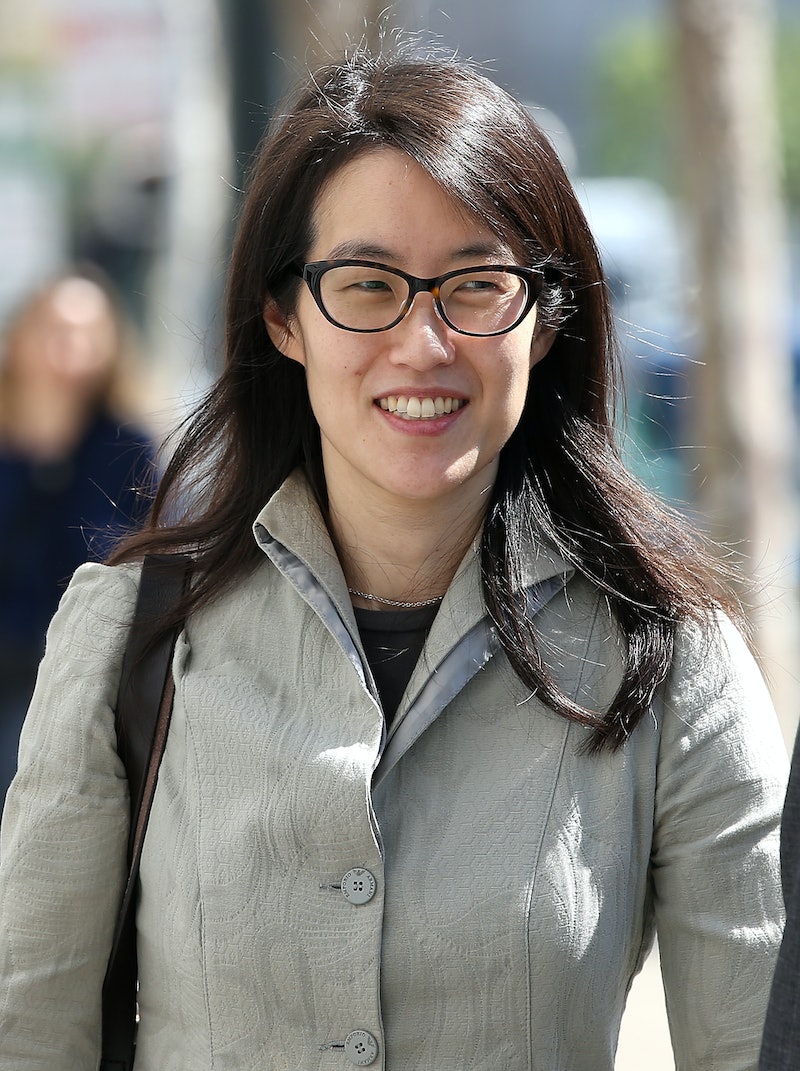 We've long known workplace harassment is a ubiquitous problem for women, and between the Ellen Pao v. Kleiner Perkins trial and Silicon Valley's general hostility toward women, it shouldn't come as a surprise that the tech industry is a hotbed for sexual harassment. But the newly released Elephant in the Valley survey suggests the problem is even worse than many of us thought: Not just a large chunk of women working in tech but the vast majority report having been sexually harassed at work.

Investor and advisor Trae Vassallo, one of the study's authors, testified during the Ellen Pao trial about also being allegedly harassed at Kleiner Perkins, and many women approached her afterward to share their experiences. (The jury ruled in favor of Kleiner Perkins on all counts.) Vassallo and co-author Michele Madansky, a marketing research consultant and former VP of Customer Insights at Yahoo, surveyed over 200 women, primarily with 10 or more years of work experience and mostly living in the Bay Area and Silicon Valley, about how their gender has affected their experiences in the workplace.

According to a survey of over 2,000 women by Cosmo last year, about one in three women report experiencing workplace harassment overall. The fact that this number is almost double in the tech industry suggests that Silicon Valley is doing something very wrong. Part of the problem could be that women constitute the minority of tech employees. Nearly 80 percent of reported sexual harassment crimes are committed by men against women, according to a study in Work, Employment and Society, so it follows that more women might be harassed when more men (especially men senior to them) are around.

In addition, since Silicon Valley is notoriously male-dominated, sexism may be engrained in workplace cultures. A LinkedIn report found that the tech industry is less likely to hire women and promote them into leadership roles than most other industries. An Atlantic poll found that tech employees rank sexism in the industry at around a seven out of 10 on average, and many women have written about how Silicon Valley workplaces foster disrespect for women. When people don't see women as equals, it makes sense that they'd be more likely to harass them.

Victim-blamers will probably point fingers at the tech industry's women for letting this abuse continue by not reporting it. But most in the Elephant in the Valley survey who did report it weren't satisfied with the results, which reminds us why sexual harassment usually goes unreported. 29 percent of women who experienced harassment said they weren't even allowed to report it due to non-disparagement agreements, 30 percent said they just wanted to forget about it, and 39 percent said they were scared it would negatively impact their career. They're right to be a little wary: One woman says she was recently fired for reporting alleged sexual harassment at the hands of a coworker. (The chain running the restaurant where she worked has declined to comment to the media.)

The Elephant in the Valley survey found confirmation of several other disturbing trends in the workplace in general and the tech industry in particular, including the policing of women's speech. A full 84 percent of the women surveyed reported that they had heard at some point that they were too aggressive, and half said they had heard this more than once. Sheryl Sandberg's "Ban Bossy" campaign seems especially necessary when the great majority of women are considered too bossy.

Another rampant problem the survey sheds light on is the perception of women as the office moms. Nearly half the women surveyed said they'd been asked to carry out menial tasks, like taking notes and ordering food, that their male colleagues weren't charged with. 88 percent said they had people address questions they were best suited to answer to male colleagues instead. And remember, these are largely women in senior positions.

The Elephant in the Valley study also touched on the issue of women's exclusion from networking, which another recent study on women's social capital brought up as well. Confirming researcher Natasha Abajian's finding that personal connections are important for women's professional success but women often don't use them, 66 percent of Vassallo and Madansky's respondents said they'd felt excluded from networking activities because of their gender, and a whopping 90 percent reported that they had witnessed sexism at off-site meetings and conferences. As Abajian pointed out in a press release, exclusion from social events can be a huge barrier to women's success, since connections serve as rungs in corporate ladders.

This all goes to show that while Silicon Valley's sexism may be invisible to some men and people outside the industry, most women in tech are all too familiar with it. It's easy to turn a blind eye to something that doesn't affect the majority of an industry or company's members, but there's simply too much evidence of women's mistreatment in Silicon Valley to keep ignoring it.