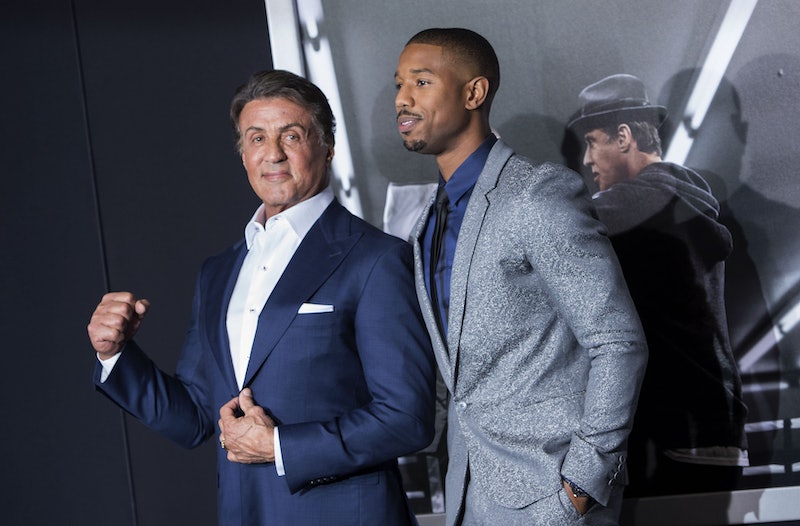 It was heralded by critics as the great return of Sylvester Stallone and received generally pretty stellar reviews and positive marks, but Creed was largely ignored by many of the awards shows overall, leaving people to wonder why. It did win the one Golden Globe it was up for (Stallone's revival of Rocky Balboa for Best Performance by an Actor in a Supporting Role), and the Academy was listening, because Stallone just nabbed an Oscar nomination for Best Supporting Actor for Creed.

It seemed promising at first: The film quickly won over Thanksgiving audiences amidst a crowded box office space, including The Hunger Games: Mockingjay — Part 2 and The Good Dinosaur, and managed to transcend the cliche territory it could have entered (and some will argue that most Rocky sequels did). Reviews were good, despite relying on the obvious puns (TKO, knockouts, and packing a punch are to be expected here) and there's already been a confirmed sequel. But skeptics were quick to point out the weaknesses.

First of all, it was Stallone's seventh time (!!) playing Balboa, and franchises are notoriously difficult to win Oscar praise. Were voters simply sick of the Rocky story? Maybe, but it's hard to deny that the film and its characters were well-received. Were people underwhelmed with Michael B. Jordan's performance as Adonis? The relative newcomer had just taken blows for the summer's much-maligned Fantastic Four, so it's possible voters were still unconvinced of his leading man status. Others have mentioned the film's late release date relative to awards season, noting that it's possible viewers simply didn't have enough time to absorb the movie for all its greatness.

At the risk of running with the aforementioned cliches, Creed's Oscar fate seemed to be sealed with a TKO... but Stallone saved the day. Go Rocky!