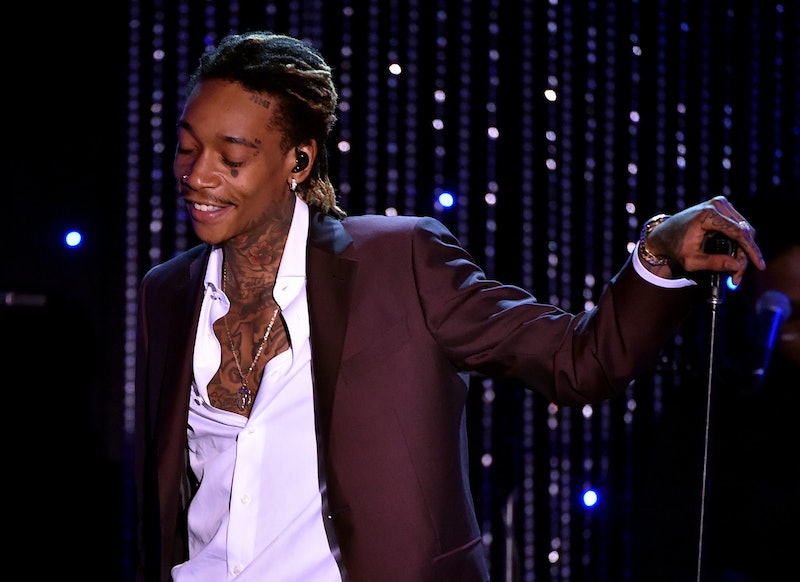 Though it seemed primed to sweep the awards show's song category when it was nominated for a Golden Globe, Wiz Khalifa's "See You Again" from the Furious 7 soundtrack ultimately didn't win the award, losing out to "Writing's on the Wall" by Sam Smith for Spectre. And fans of the heart wrenching track, featuring stunning vocals by newcomer Charlie Puth, will sadly be bummed once again. On Thursday morning it was revealed taht "See You Again" was not nominated for an Oscar. Unfortunately, rap songs typically don't win this Oscar: the only two rap songs to ever win include 2002's "Lose Yourself" by Eminem and 2006's "It's Hard out Here for a Pimp" by Three 6 Mafia.

"See You Again" is the perfect song for so many reasons. First, there's the fact that it was dedicated to the late star of the Fast & Furious franchise, Paul Walker. The music video serves as a montage of scenes from the movies, featuring Walker's winning smile and the sparkle in his baby blue eyes. His presence is sorely missed not just in this franchise, but in Hollywood as a whole. The song plays perfect tribute to that gaping hole he left behind when he died in 2013.

The pairing of Khalifa's and Puth's voices, one gritty and the other angelic, makes for a pretty perfect musical blend. The lyrics are meaningful without being cheesy, which is incredibly hard for most musicians to master. And of course, there's the symbolism that's hard to ignore: We've all felt the pain of missing someone we'll never see again. It's a beautiful sentiment for anyone who has lost a loved one.

I can't be the only one who tears up (OK, that's a lie: it's definitely more of an ugly cry) upon watching the very end of the video. Ugh, all the feels. While it wasn't nominated for an Oscar, at least we'll always have the music video.