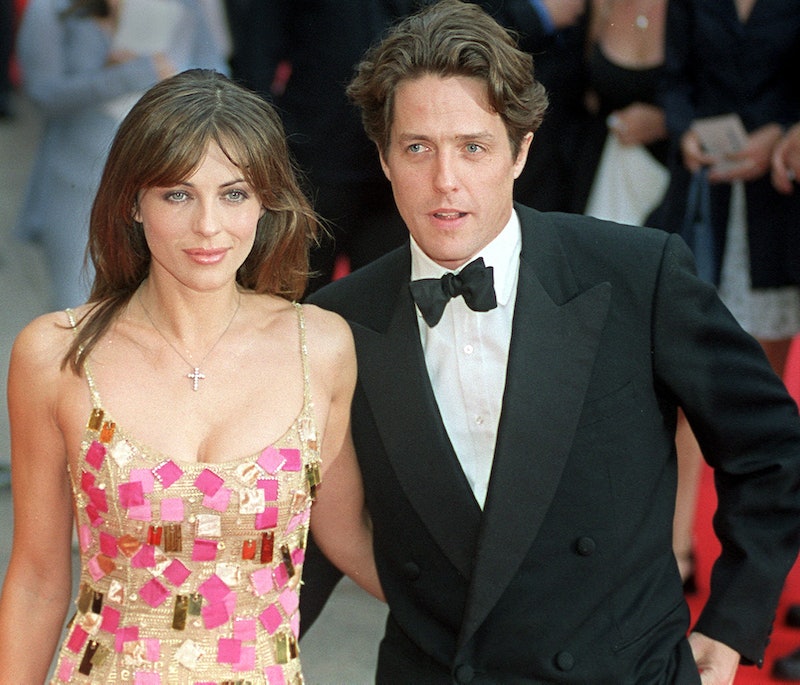 Though it's easy to look back on the '90s as a simpler, sweeter decade for Hollywood (after all, the name Kardashian only referred to a defense lawyer on O.J. Simpson's legal team back then) the truth is that celebrities found themselves embroiled in scandals just as often — we just didn't have the 24-hour news cycle the way we do now to hear about every nuance of it. Celebrity gossip was fueled by tabloid reports, which came out weekly, and newspaper and TV reports that now might seem way behind the curve in terms of instant gratification. There was no Twitter, no Facebook, and no TMZ to report on the juicy happenings in Hollywood as they happened in real-time (I know, how weird is that?!) but the rich and famous still managed to find themselves plagued by drama.

The '90s are often considered to be the defining moment when our cultural obsession with celebrity hit its peak and became what we know it to be today: a vast landscape of blogs, YouTube and Snapchat videos, and tweets, and thanks to technology, it's constantly evolving. Twitter may be the tabloid of the new millennium, but here are the 12 biggest celebrity scandals that lit up the tabloids in the '90s.

Olympic figure skating doesn't generally bring to mind violent scandals, but back in 1994, the skates hit the fan when figure skating frontrunner Kerrigan was clubbed in the right knee seven weeks before the Lillehammer by a man who was hired by Harding's ex-husband and bodyguard. Harding and Kerrigan were rivals on the ice, and suddenly, the subject of unprecedented national attention. Kerrigan didn't suffer any serious injuries in the attack, but she was forced to pull out of the U.S. Figure Skating Championships that year. Harding received three years probation and a $160,000 fine for her role. Both skaters competed at Lillehammer, with Kerrigan earning the silver medal, and Harding coming in eighth. This story manages to still be one of the most sensational scandals in history, and even inspired a rock opera in its honor that sold out in three cities. People still aren't over it.

These days, we obsess over Kate Middleton and Prince William (and their adorable offspring) and Prince Harry's ginger cuteness, but in the '90s, most people were obsessed with William and Harry's mom, Princess Diana. Her death rocked the world mostly because of the senselessness of it — she was only 36, and people were only just beginning to grasp the precariousness of the paparazzi goose chase surrounding famous people. Sadly, we know that this has only gotten worse. Modern examples of reckless behavior by the paps looking for the perfect shot have plagued other young celebrities including Justin Bieber and Britney Spears.

Few events in modern American history encompass the sentiment of "where were you when..." quite like the O.J. Simpson not guilty verdict. It was called "the trial of the century" and its impact on news wove incredibly tightly between sports, law, celebrity, and pop culture. Many argue the 16-month trial set into motion the 24-hour news cycle as we know it today, and it's still at the forefront of pop culture iconography; Ryan Murphy is devoting the first season of his anthology series, American Crime Story , to the Simpson trial. And of course, now we've got those Kardashians...

In 2016, we view the Clinton family through a much different lens than we viewed them back in 1998. In 2016, Hillary Clinton is one of the Democratic frontrunners for President, and daughter Chelsea is a political activist and media darling with a growing family. In 1998, they were the First Family, rocked by scandal when President Clinton was impeached for admitting to an extra-marital affair with a 22-year old intern named Monica Lewinsky. Though Clinton, our commander in chief, and Lewinsky, a political intern, were arguably not celebrities at the time, it would be remiss to not include this one for its cultural impact.

What happens when a man who portrays a childlike comedic character gets caught masturbating in an adult film theater? You get the case of Paul Reubens, who instantly went from beloved (and clean-cut) actor and comedian to scandal-plagued in one fell swoop. Reubens had been arrested before, but this was the proverbial nail in the coffin for his career as Pee-wee for a long time. Reubens plead no contest after being charged with indecent exposure, which kept it off his record. He retreated from the public eye after the arrest in 1991, but gradually brought the character back as years went on.

Though Woody Allen is one of the most celebrated filmmakers of our time, many people overlook some serious allegations that have been thrown his way. In the early '90s, Allen had been in a long-term domestic partnership with actor Mia Farrow, and in 1992, Farrow discovered nude photos of her adopted daughter, 21-year-old Soon-Yi Previn, at Allen's apartment. Farrow and Allen split, and the director went on to marry Previn in 1997. The closeness of their relationship, as well as Farrow's allegations of child sexual abuse toward her young daughter, Dylan, led to an intense and bitter custody battle and public sparring between Farrow and Allen. Allen's lawyer released the following statement in response to Farrow and Dylan's claims in 2014:

[Dylan] was a pawn in a huge fight between [Allen] and Mia Farrow years ago, and the idea that she was molested was implanted in her by her mother.

In the early '90s, rap group TLC was the highest-selling female group of all-time, and they were used to burning up the charts. But in 1994, the late Lisa "Left Eye" Lopes burned something else altogether: She set fire to her football player boyfriend's house after an intense argument. For the arson, Lopes was sentenced to five years probation, and made headlines for her behavior throughout TLC's career. Lopes died in 2002 in a car accident, which became a tragic ending to a tumultuous, yet talented, life.

There's nothing that tabloids love more than a celebrity with a squeaky-clean image caught doing something naughty, and in the '90s, no one fit that bill better than Eddie Murphy and Hugh Grant. In 1995, while in a high-profile romance with fellow actor Elizabeth Hurley, Grant was caught with a prostitute on the Sunset Strip in Los Angeles. Not even two years later, Murphy was caught doing the same thing in West Hollywood, except he claimed he was giving the sex worker a ride home. Both actors' reputations took a hit for the allegations, but they've since been able to (mostly) recover. For his part, Grant publicly apologized and was given a $1,000 fine and took AIDS prevention classes. Murphy got off the hook as his attorneys claimed he was "trying to do someone a favor."

Until the early '90s, Jackson had enjoyed career success and fame as one of the most beloved pop stars of our time, but that all came to a screeching halt in 1993 when he was accused of sexually abusing a 13-year-old child at his home. Jackson vehemently denied all charges against him, and in 1994, Jackson reached a financial settlement with the child's family, thus closing the criminal investigation, but the hit to his reputation is something that continues to plague his legacy years after his death in 2009.

Rumors of feuds in the hip hop community plague many rappers today, but for much of the '90s, things were really ugly in a perceived rivalry between east coast and west coast rappers. This rivalry came to a stunning head when disses in songs and interviews turned fatal in 1996 when rapper Tupac Shakur was slain in a drive-by shooting in Las Vegas. Less than a year later, Christopher Wallace (The Notorious B.I.G.) was killed in the same manner by an unknown assailant in Los Angeles. Neither case has ever been solved, and conspiracy theories continue to run rampant about what really happened to Biggie and 2Pac.

So many scandals in so little time, and we're still talking about the vast majority of them today. It's crazy to think that all of this went down without TMZ and Twitter.