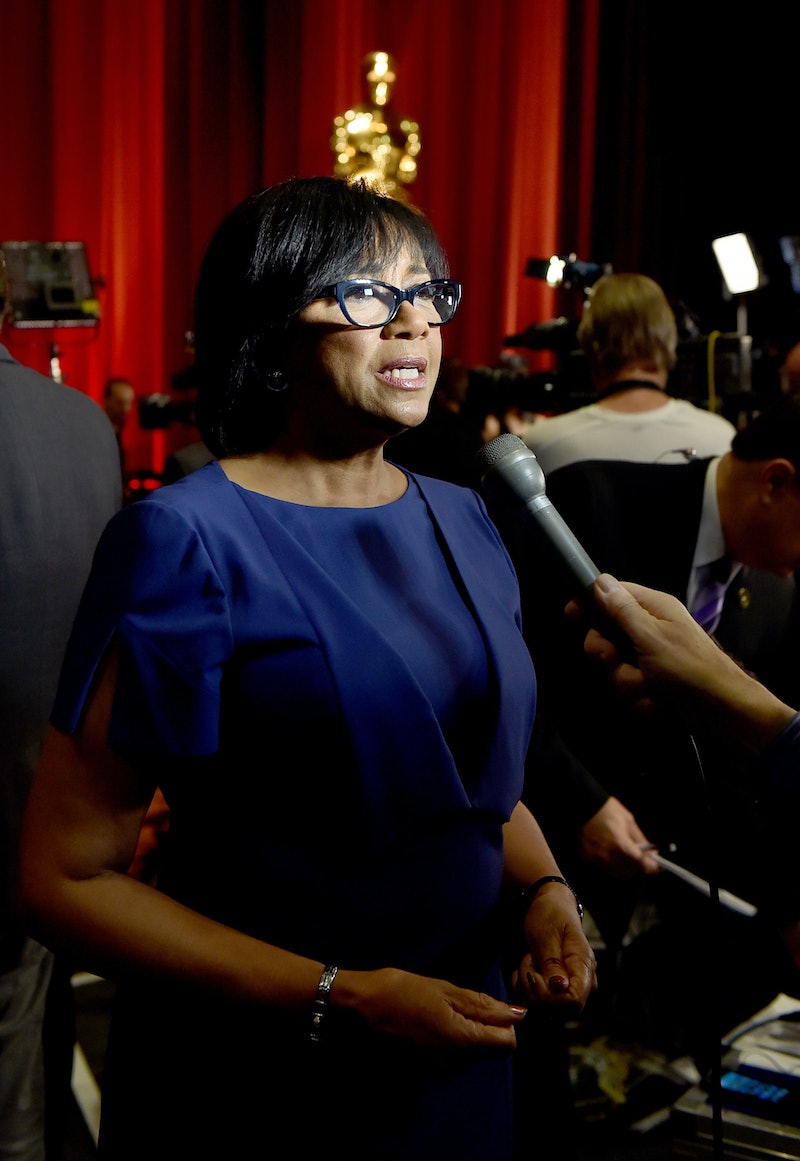 The Academy of Motion Picture Arts and Sciences has been under fire ever since the 88th annual Oscar nominees were announced one week ago this Thursday... and all 20 nominees in the four Acting categories were white for the second year in a row. This caused a resurgence in the trending hashtag #OscarsSoWhite, a parade of celebrities announcing their intention to boycott the ceremony, and a call for the Academy to take steps to ensure more diversity among both its membership and its nominees in the future. Well, those steps are already being taken, but will they be enough?

I’d like to acknowledge the wonderful work of this year’s nominees. While we celebrate their extraordinary achievements, I am both heartbroken and frustrated about the lack of inclusion. This is a difficult but important conversation, and it’s time for big changes. The Academy is taking dramatic steps to alter the makeup of our membership. In the coming days and weeks we will conduct a review of our membership recruitment in order to bring about much-needed diversity in our 2016 class and beyond.

This isn't the first time an Academy President has overhauled the organization's membership. Back in the late 1960s, the Oscars were facing similar charges of being out-of-touch with the general American sentiment. So then-President Gregory Peck enacted a sweeping initiative in which many of the Academy's retired members were shifted to "emeritus" status, maintaining many of the privileges of membership — including free screenings — but stripping them of the right to vote; a right which Peck believed should reside with members who were actively working in the industry.

Boone Isaacs has already been taking steps to similarly reshape the structure of the Academy's membership. After last year's first iteration of #OscarsSoWhite, she announced the launch of her own initiative, called A2020, a five-year plan to "study practices at the Academy with the aim of improving the diversity of its own staff and governance while also bringing new voices into the organization. It is also intended to encourage and to push the industry to examine its hiring practices and to begin to make changes."

Clearly, A2020 didn't work fast enough to effect any drastic changes in this year's Oscars. So now, true to Boone Isaac's recent statement, the Academy meeting to consider even further alterations to their rules and regulations. According to the New York Times, the Academy plans to announce those alterations early next week, and they have the inside scoop on what some of those alterations might look like.

First of all, it seems likely that the Academy will expand the Best Picture category back to a solid 10 nominees. The category was recently expanded from five to 10 back in 2009, but that change only lasted for two years before the Academy altered the rules again, this time allowing for a fluid category of anywhere from five to 10 nominees, depending on how many films receive at least five percent of first-place votes. (This resulted in either eight or nine nominees all four years since the change took place.)

Theoretically, this re-expansion would mean that a film like Straight Outta Compton — which all but swept the Guild Awards with nominations for Best Picture from the PGA, Best Cast from SAG, and Best Screenplay from WGA and yet only managed to land a nomination for its (white) screenwriters at the Oscars — would stand a better chance of being included in the Best Picture race. (It seems likely that, while many Academy voters may have had Compton somewhere on their nomination ballot, it simply didn't garner enough first-place votes to make it into the field.)

Another rule change the Academy is considering regards the Acting categories, which could potentially increase from the five nominees that has been the standard since the 1930s to either eight or 10... a change which the Times acknowledges is "less likely" but still possible. If that change is adopted, it would result in 32 or 40 acting nominations per year. While this might help — Idris Elba certainly would have made it into an expanded Supporting Actor category for his performance in Netflix's Beasts Of No Nation — it also runs the risk of being highly embarrassing for the Academy if those additional 12-20 slots are just taken up by more white actors.

Consider this year's Oscar race. If that expansion had taken place in 2015, what additional actors would have received nominations? Elba certainly, possibly along with Sicario's Benicio del Toro for Supporting Actor. In the Best Actor category, Creed's Michael B. Jordan and Concussion's Will Smith would have been likely contenders. But which women of color would have been nominated? Would those extra slots really have gone to minority actresses like Tangerine's Mya Taylor and The Second Mother's Regina Casé? Or would they have gone to even more caucasian performers like Grandma's Lily Tomlin, The Lady In The Van's Maggie Smith, Trumbo's Helen Mirren, or Youth's Jane Fonda?

The simple fact of the matter is, increasing the number of nominees doesn't do anything to change the the number of minority roles that Hollywood is producing. Sure, it's easy to blame the Academy, and #OscarsSoWhite is a powerful hashtag — but the Academy can't vote for movies and performances that don't exist. It's one piece in a vicious circle. If we want to see an increase in diverse representation at the Oscars next year, it's also up to Hollywood to create a wider variety of roles for Academy voters to consider.

When just one snub (Elba's) is the deciding factor between an all-white acting race and diverse one, that's the symptom of a problem that involves the Academy, but is decidedly bigger than the Academy. Why were only there only three films starring black actors — Beasts Of No Nation, Creed, Straight Outta Compton — in the conversation this year? (And for that matter, why does "diverse" only seem to extend to black actors in these conversations? Where's the call for more Latino and Hispanic actors, Native Americans, or Asian-Americans in Hollywood?)

While the proposed expansions of the Picture and Acting categories may help in the short term, those alterations feel more like a placating band-aid than any sort of permanent or long-term solution. If Boone Isaacs, all the boycotting celebrities, and the outraged film fans really want to effect change, they will have to recognize that #OscarsSoWhite isn't the bulk of the problem — it is a rather significant symptom of a problem that's deeply entrenched within the industry. Yes, that makes fixing the problem all the more daunting, but also that much more important.

More like this
Hugh Jackman & Deborra-Lee Furness’ Relationship Timeline Started With A Mutual Crush
By Hugh McIntyre
The EGOT Winners List: Only These 17 Artists Have Ever Reached EGOT Status
By Radhika Menon and Marina Watts
Travis Alabanza On Not Fitting In
By Sam Ramsden
Rylan Clark Is Ready To Party
By Sam Ramsden
Get Even More From Bustle — Sign Up For The Newsletter