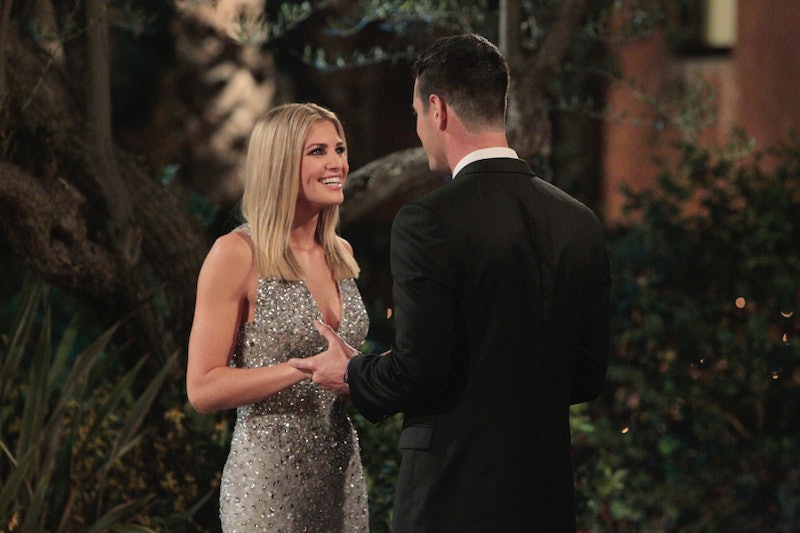 Every year, fans tune into ABC’s popular reality love show The Bachelor to watch yet another man attempt to find his soul mate in a group of 25+ adoring women. The true brilliance behind this show, however, is that each season creates a built-in fan base for the next season's show. One of the brokenhearted women Ben rejects will return to the mansion a few months later as the star of her own quest for love in The Bachelorette. And, from her pile of castoffs, another Bachelor will be born. It’s actually quite the impressive formula, which is probably why the show has lived on for 20 seasons of The Bachelor and 11 of The Bachelorette. Don’t even get me started on the two seasons of Bachelor in Paradise. But, who will be the 2016 Bachelorette?

In years past, producers have selected some of the sweetest and most-liked former contestants to star in their show. To become the next leading lady of the spinoff show, it doesn’t matter very much how you snag the audience’s attention, only that you snag it and keep it (lest you fall victim to the Juan Pablo curse who took a nation of fans and turned them against him). Luckily for viewers, many of the women on the current season of The Bachelor have interesting personalities, and a few of them have already started showing Bachelorette potential.

It's hard to deny Jubilee's tragic life story or the way she fearlessly faced telling Ben all about it. She earned that date rose, fair and square, and her angry refusal to take part in what was sure to be a catty intervention afterwards actually managed to let her come out on top again. Whether she'll actually win Ben's heart in the end remains to be seen, but, if she doesn't, then her strong personality and fierce attitude could win her a spot on The Bachelorette.

This girl is sweeter than sweet, and she's had the picture-perfect run on The Bachelor so far. She's been polite, earnest, and lovable, all while stealing Ben away for one-on-one time and romantic flights in the sky. She could be a great contender for the new Bachelorette slot if she doesn't make it to the end.

On the other end of the spectrum, America loves drama. Some women on the show are depicted as desperate, aggressive, and slightly loco for the benefit of the audience at home, and that's pretty much exactly what's happened to Olivia. But, it's clear she has chemistry with Ben, so maybe if she tones down the attention-seeking attitude ("waist-down, I hate my legs"), she could win back the viewers' favor and a spot as next season's Bachelorette.

Cailia was a perfect candidate for The Bachelorette from day one. She's cute and quirky, and she's not afraid to take chances or put herself out there. Caila has had us all in the palm of her hand since she jumped right into Ben's arms during the premiere. If she doesn't score the final rose, she could be handing out her own roses next season.

She might already be off the show and headed to Bachelor in Paradise , but that doesn't mean the franchise is done with her. In fact, depending on how she performs on the spinoff, she could pull the first ever hat-trick and hit all three shows. Lace's strong personality didn't help her on The Bachelor, but it did get her enough recognition and fan love to potentially be brought back as Bachelorette!

JoJo is the dark horse in this race, but I'm not counting her out yet. She had a stunning rooftop kiss with Ben that proved she's got the romantic and sexual chemistry to carry the show, and she's avoided making a fool of herself so far. Those are pretty much the two biggest factors in choosing a Bachelorette, as far as I'm concerned.

Whoever the next leading lady is, it's sure to be — say it with me — the most dramatic season in Bachelorette history.

More like this
JoJo Fletcher & Jordan Rodgers Got Married In A “Playful & Fun” Wedding
By Grace Wehniainen
Becca Tilley Confirmed Her & Hayley Kiyoko’s 4-Year Romance With A Heartfelt Note
By Brad Witter
There's Plenty Of Drama Brewing To Warrant A 'Summer House' Season 7
By Brad Witter
Everything To Know About A Potential 'Love On The Spectrum U.S.' Season 2
By Gretchen Smail
Get Even More From Bustle — Sign Up For The Newsletter