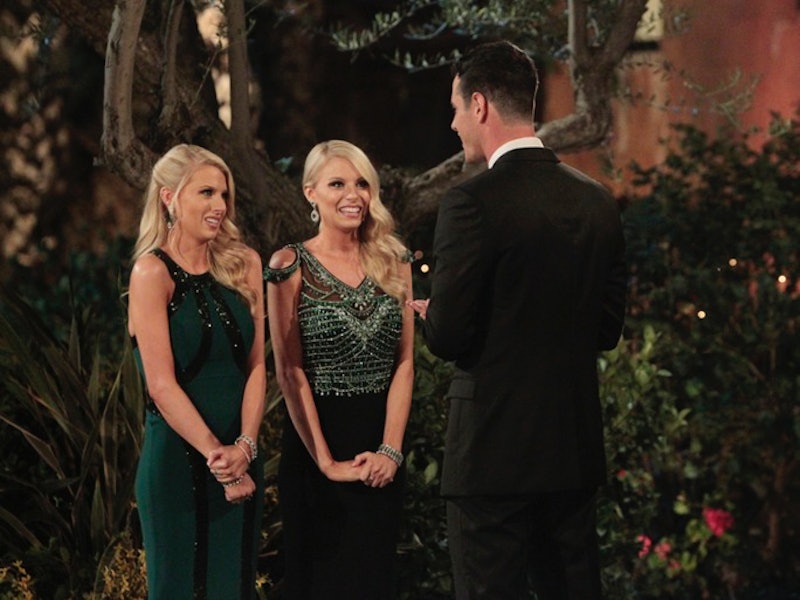 There’s a two-on-one date in every season of The Bachelor, and they’re always fraught with drama. I mean, it’s like Thunderdome — two people walk in, and only one person gets that rose on the way out. Season 20 of The Bachelor went big with its two-on-one date, bolstered by the fact that there is a set of twins, Emily and Haley, on the show. Ben brought the twins (who are obviously very close) to their mom’s house (they live in Vegas, where the show was filming) and eliminated Haley from The Bachelor while her mom and sister watched. Cutthroat, Ben.

What was funny (and also cutthroat) is that Emily, the twin who stayed, was pretty much gunning for her sister the whole time. She told Ben that they knew from the outset that he could only choose one of them and that he could just pick already (assuming that it would be Emily who he would take along for the rest of The Bachelor ride). Welp, Emily got her wish, and she and Ben got in the limo while her sister cried on the couch. At least their mother was there to comfort Haley? Is that the silver lining in all of this familial backstabbing? (The silver lining for me is I finally know which twin will be talking to Ben from now on.)

Emily and Ben have barely spoken as it is this season, so I’m still not sure why she abandoned her sister and chose a guy she doesn’t know instead. Can their relationship come back from this once Haley sees that her sister machinated behind her back to get Ben to dump her? I wouldn’t have even done the show if it meant I had to leave my sister behind for some reason.

I hope for Haley’s sake that she’s happy and healthy and that she doesn’t blame her sister too much for getting caught up in The Bachelor blitz. It’s a crazy experience, but I’m not sure it’s worth destroying your relationship with your twin sister.