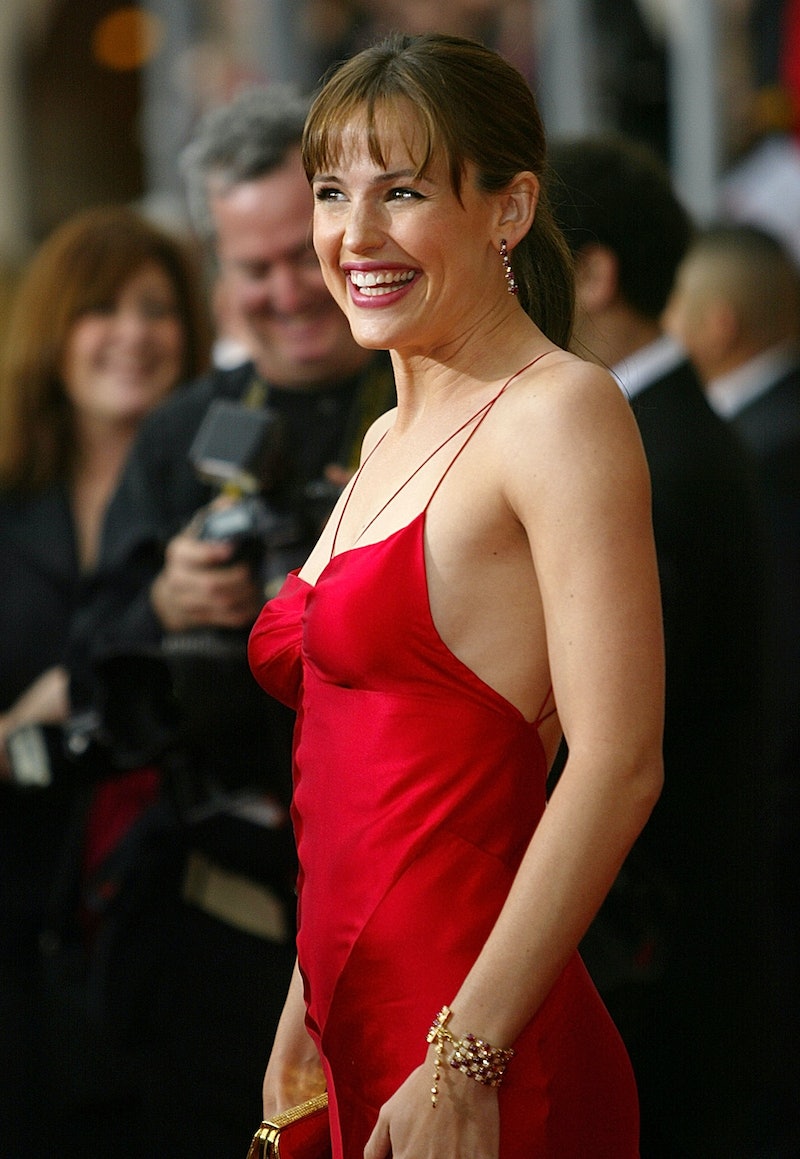 The 2000s aren't exactly known for outstanding fashion. Whenever I think of red carpet fashion from the era, I usually remember Justin Timberlake and Britney Spears in denim, or Jennifer Lopez's sheer tropical number with the super plunging neckline. Not exactly fashion gold. Although some fashion choices are best forgotten, there are a few red carpet looks that totally owned the the decade. Jennifer Garner's dress from the 2004 Screen Actors Guild Awards completely defined the 2000s.

The actress wore a slinky red number with a strappy open back. This silky material showed up at pretty much every SAG Awards during the decade, and plenty of other events too. The fit and cut of this dress is the epitome of 2000s fashion. Red is definitely a color many attendees wore that night, but surprisingly, a lot of browns and earthy tones also appeared on the red carpet. I don't think many people would wear a brown dress to the SAGs today, but who knows — maybe it will make a comeback?

In 2004, Garner won the SAG award for Outstanding Performance by a Female Actor in a Drama series for her role as Sydney Bristow in the series Alias. Since the hit series first premiered, the actress made a name for herself in some pretty popular movies, such as 13 Going on 30 and Dallas Buyers Club. Not exactly what you would call a shabby resume.

Now, take a look at her phenomenal dress from the 2004 SAG awards below.

A gorgeous red number that matches perfectly with the classic red carpet.

The strappy neckline really gives this dress some added flair.

If you thought the neckline was great, the strappy open back takes it to the next level.

Gold accessories are the perfect addition to this look.

Garner kept her hair and makeup relatively simple to let the dress be the main focus.

Well done to Garner for this dress choice that still looks chic today!