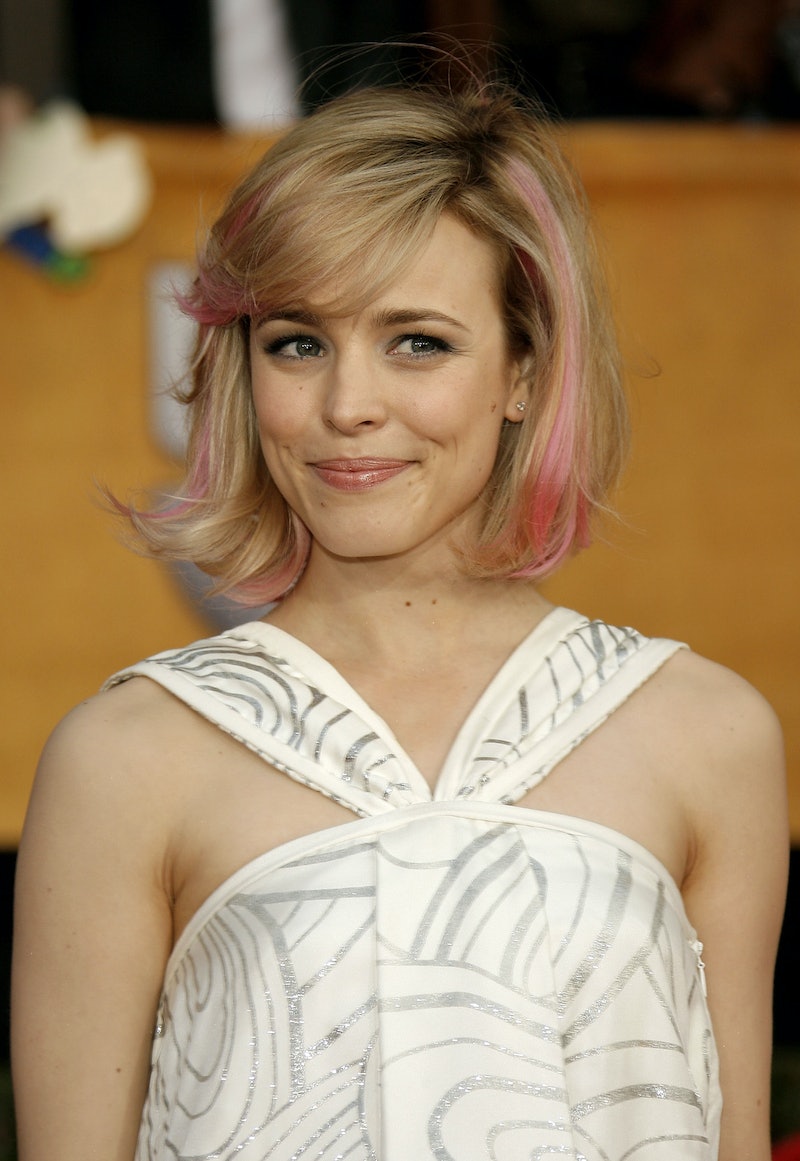 After over a decade of kickass performances, Rachel McAdams is finally cashing in with some major awards nominations. Heck, she already picked up a Critics' Choice Award ( Spotlight won for Best Acting Ensemble, as well as Best Picture) — and she's nominated in the supporting actress category at the upcoming SAG Awards, as well as the Oscars.

Of course, it's nice to see McAdams' considerable talents officially recognized, but it's also going to be darned exciting to watch her rule the red carpets. Whether it's watercolored Elie Saab at the 2010 Academy Awards, or red lace Marchesa at the Cannes premiere of Midnight in Paris, the lady definitely knows how to make a statement — and it'll be fun to watch her take on the upcoming red carpets with the aplomb we've come to expect from the woman who brought us Regina George.

That said, with the 2016 SAG Awards firmly in her sights, what better way to celebrate McAdams' big nomination for Spotlight than with a little throwback to her first-ever SAG red carpet? Let's head back to 2007, back in the halcyon days when McAdams was still going strong with Ryan Gosling (and had cotton candy pink streaks in her blonde bob):

A beaded envelope clutch and some eye-catching bracelets completed the look. It's adorable, but definitely more casual than something she would wear today — here's hoping 2016 Rachel McAdams wins (and presents!) in something a touch more showstopping. Bring on the voluminous Elie Saab and barely-there Marchesa!

More like this
Gabourey Sidibe Wore A Traditional West African Wedding Dress On The Cover Of Brides
By Dominique Norman
Machine Gun Kelly Wore A $30K Diamond Mani To The BBMAs
By Paris Giles
How To Master Baby Braids, According To TikTok
By Tomi Otekunrin
All Of Kourtney Kardashian’s Wedding Dresses
By Allie Fasanella
Get Even More From Bustle — Sign Up For The Newsletter