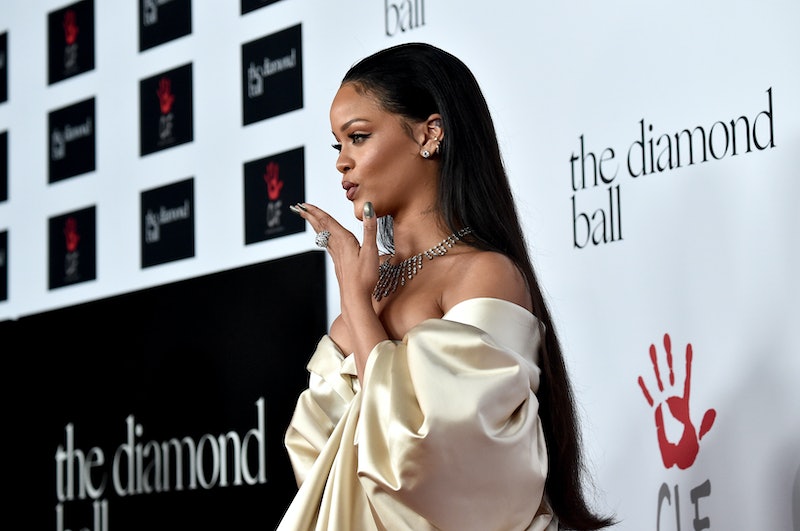 I don't know about you, but now that Rihanna has released ANTI early on Tidal, I'm already desperate for more new music. It feels like we were waiting forever for this album to come to fruition through pushed back released dates and slow revelations of album covers, through ANTI diaries and numerous interviews about the slow and steady road to perfection with the album. As a fan of the pop star, it was hard not to jump up onto your feet and scream, "Just give it to us already!" And now that Rihanna has done just that, obviously it's not enough. It's never enough! Thus, I'm probably not alone in wondering when the ANTI deluxe album will be released, because even three or four new Rihanna songs, or acoustic/remixed versions of already released Rihanna songs, are better than nothing.

Luckily, we won't have to wait long. The deluxe version of ANTI will be released on January 29, 2016, just one day after the album. The deluxe version will also feature two bonus songs, "Pose" and "Sex with Me." Much like the original, this new version of the album will only be available on Tidal, but have hope, non-Tidal subscribers. According to the streaming site's released plan, per Fader, the album will be exclusive to Tidal for one week. After that, I imagine it will be available on places like iTunes and Spotify, so you can actually own it or stream it for free before you decide whether or not you want to own it.

There's no hint yet as to what "Good Night Gotham," "Pose," and "Sex with Me" sound like, let alone what the bonus songs will be about beyond what we can gather from their titles, but one thing is for sure: there's no such thing as too much Rihanna music. If these songs are anything like the single "Work," which is the first official single from ANTI rather than any of the songs that Rihanna has released in the interim between ANTI and Unapologetic, then we should really expect the unexpected here. Then again... this is Rihanna we're talking about. We should have been expecting the unexpected already.

More like this
Rihanna Skipped The Met Gala For Good Reason — But She Still Stole The Show
By Alyssa Lapid
Rihanna Wore A Sparkling Lingerie Look For Date Night With A$AP Rocky
By Allie Fasanella
Rihanna Wore Crochet Bra Tops In A$AP Rocky's New Music Video
By Dominique Norman and Kelsey Stiegman
Becky G Once Had A Fear Of Speaking Spanish. Now She's Topping The Latin Charts.
By Tess Garcia
Get Even More From Bustle — Sign Up For The Newsletter