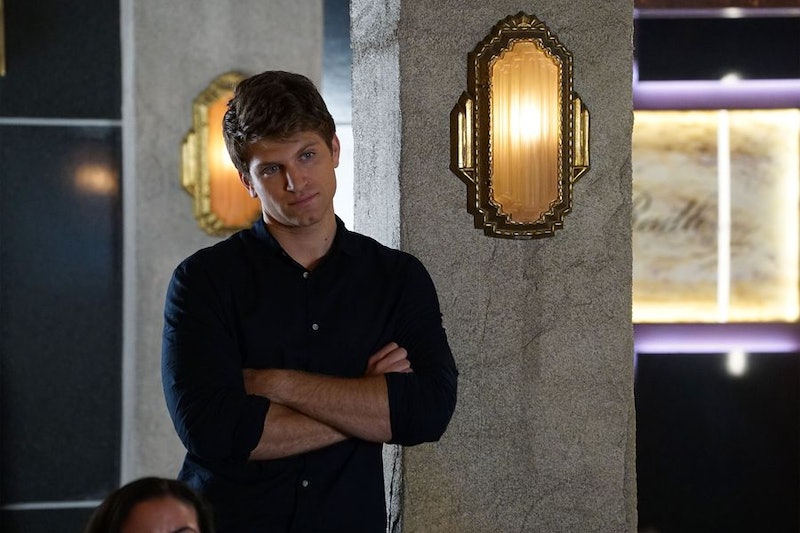 Ever since the season began, viewers have grappled with the fact that Spencer and Caleb have feelings for each other on Pretty Little Liars . But whether or not you consider yourself a Spaleb supporter or not, I think we can all agree that this friendship is now past the point of no return. Tuesday night's episode "The Gloves Are On" saw Spencer and Caleb hook up for the very first time, which is something the rest of these characters will have to come to terms with eventually. Because, let's face it — this little romance isn't going to be kept secret for long. And while we know that Hanna is at least aware of Spencer's interest in her ex, Toby has absolutely no idea, which makes me wonder: how will Toby react to Spaleb once the truth comes out?

Unlike Hanna, I have a sneaking suspicion that Toby isn't going to take the news quite as well. For starters, there's the fact that Spencer was considerate enough to have broached the subject to Hanna before anything happened, so her friend wasn't completely blindsided by the idea. Caleb, on the other hand, offered Toby no such courtesy. Now, don't get me wrong, I love Caleb with every fiber of my being, but he did just sleep with his friend's ex-girlfriend, so it makes sense that Toby would get angry, even if he does have a new special someone in this life.

But I have more than just a sneaking suspicion in how this will all go down. Back before Season 6B premiered, the network released a promo of all the drama that was to come, and there was a brief glimpse of Toby punching a guy who looks an awful lot like Caleb. In fact, that's one of the reasons fans started predicting Spaleb would happen in the first place. I mean, what other reason would Toby have for being mad at Caleb and hitting him right in Spencer's house as she looked on in shock?

Adding further fuel to this fire is the fact that Toby is wearing a blue, buttoned up shirt in the scene, which means that what this is about has nothing to do with police work. (Otherwise, he would most likely be in uniform.) And I couldn't help but notice that his shirt looks an awful lot like the one he's wearing in the above image, which was taken from the next week's episode titled "New Guys, New Lies." So it's safe to say that this little throw down is happening soon.

I'm not saying that this will completely ruin Caleb and Toby's friendship because they've all been through so much together, but I do think it will cause a serious divide at least for a while. That doesn't necessarily mean that Toby wants Spencer back (for now), but it's always hard seeing someone you were in love with move on, no matter how much you claim to be over them. And it's especially difficult when the person they've moved on with is one of your close friends. The sting of betrayal cuts deep and I fear this bromance will end up suffering the consequences.

For more Season 6B and Spaleb theories, check out previous episodes of Bustle's PLL podcast below: