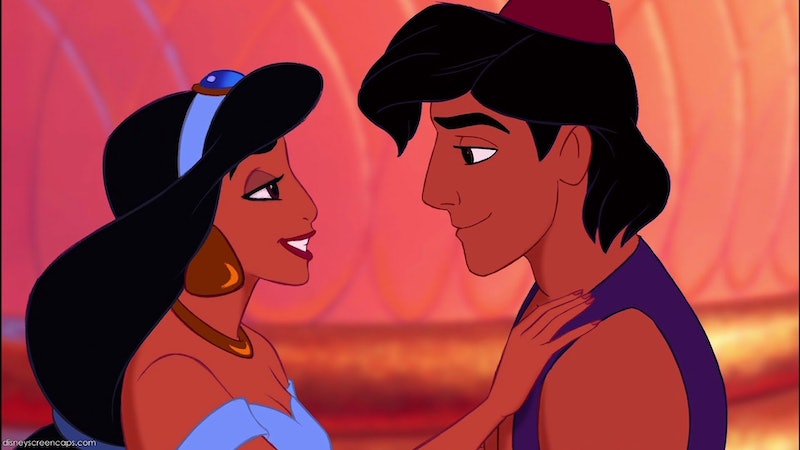 Disney animation has had a lot of great periods throughout its history. There was the early days in the '30s and '40s, with classics like Snow White and Dumbo. Or the first half of the 1950s, which produced the likes of Cinderella and Alice in Wonderland. But if you ask me, the studio's crowning achievement is the so-called Disney Renaissance of the early '90s, where in a span of under three years, three of the best animated films of all time were released: Beauty and the Beast, Aladdin, and The Lion King. Fans could debate for hours over which movie out of this trio reigns supreme, but for me, it's Aladdin . But as good as the movie is, and it's great, Aladdin still has a lot of plot holes.

Now maybe you think it's silly to be overly critical of a movie that is intended for children. Admittedly, when I first saw it as a seven-year-old, I couldn't find a thing wrong with it. But Aladdin was never meant to be just a kids' movie, it's a family movie, meaning that it should appeal to all audiences. And watching it with the cynical eyes of an adult, there are some moments that just don't add up. So here are 11 plot holes in Aladdin.

1. Why Does Genie Have The Lamp?

Although the film doesn't explicitly say that the merchant at the beginning of the film is Genie, it's totally Genie. So why does he have what was his prison cell for 10,000 years? Stockholm Syndrome?

2. Why Didn't Jafar Hypnotize Aladdin To Get The Lamp For Him?

Instead of disguising himself as an old man, tricking Aladdin into getting the lamp for him, and then trying to kill him when he does, causing him to lose the lamp, why didn't Jafar just hypnotize him with his staff to do it? Then Aladdin would have given him the lamp with no memory of doing so, and Jafar would have been all set — no drama.

Aladdin's first wish is to become a prince, and Genie makes him the Prince of Ababwa. So then how was Jafar able to reveal him as being a common street rat? If Genie actually turned him into a prince, then he would never revert to being a street rat, he would always legitimately be a prince. You've got some explaining to do, Genie.

4. Where Did Aladdin Get A Baguette?

I wasn't aware of an abundance of French bakeries in the Middle East during the Islamic Golden Age.

He's a parrot, isn't he? It's not "Polly want a pizza." Quit being difficult, Iago.

6. How Does Aladdin Understand Abu?

Was one of Aladdin's wishes the ability to speak monkey? Did I miss this?

7. Why Don't The Guards Recognize Jasmine?

Helpful tip: If you ever need to disguise yourself in Agrabah, all you need is a brown hoodie.

8. Why Does Jafar Rank Higher Than Jasmine?

Jasmine is royalty, Jafar is just a royal servant. Yet when Jasmine demands the guards release Aladdin, they say they can't because of Jafar. I guess being a princess just isn't what it used to be.

9. Where Does Genie Get His Pop Culture References From?

De Niro. Schwarzenegger. Dangerfield. Genie impersonates a lot of twentieth century American icons. But... how? Is he a time traveler as well as a genie?

All throughout the movie, the Sultan claims that the law stating that Jasmine has to marry is out of his hands, but then at the end he's just like, "You know what, I'll change the law." Why didn't you do that before? Was your daughter's happiness not important to you?

11. Why Did Iago Get Trapped In Jafar's Lamp?

Iago had no magical powers. He wasn't a genie. So how did he end up in there? Just because Jafar grabbed him on his way into the lamp doesn't mean Iago would have automatically shrunk. Realistically, Iago should have died a crushing death here.

There are more, but I'd like for the movie to keep some of its dignity. After all, most people wouldn't have a problem with most of these plot holes, and it's still awfully entertaining to watch. And frankly, I enjoyed Genie's impressions — seeing him impersonate time-appropriate Persian astronomer Abd al-Rahman al-Sufi just wouldn't have had the same bite to it.